As is the case with most things in my life that I seem to really enjoy, this was, ostensibly no different, in the fact that it had to come to an end. For years, I had hiked and climbed Old Rag Mountain pretty much at least once or twice a year, for the last eight or nine years; even the fact that I had moved to Georgia didn’t stop me from making trips up to Virginia to make time to climb my favorite trail.

Now I can’t say that I couldn’t see this coming, because it was pretty evident that it was already on its way, but with this last trip in the books, it’s pretty much a forlorn conclusion that Old Rag is pretty much intolerable these days, and that I’m going to have to start looking elsewhere to get my nature fixes. It’s such a shame too, because for years, an alternative has been searched for, only to be disappointed and pining for what Old Rag had to offer instead.

END_OF_DOCUMENT_TOKEN_TO_BE_REPLACED

I’m trying to bury the vitriol of real life, and send my mind back to a place where I had fun – this past weekend.

END_OF_DOCUMENT_TOKEN_TO_BE_REPLACED

It does feel like it’s been a while since I last took my camera anywhere, doesn’t it?  I guess being the on-and-off employed hermit that I am these days, I’m not afforded such photographic luxuries lately.

Anyway, this past weekend was the yearly tradition that has known no boundaries – Wrestlemania.  The weekend itself was not too shabby, despite many factors that tried to make it so, but in the company of good friends and family, fun prevails.  As time permits, I’ll likely delve into the stories behind the photographs, but for time being, here are the photos from my weekend.  Which was good, but man, I have to admit that everything before my trip, and certainly on the tail end of things has me really hating life right about now.

END_OF_DOCUMENT_TOKEN_TO_BE_REPLACED

I hate to post again so soon after brogging already, but hey, this is the crap why I started brogging in the first place; to share my pointless, menial thoughts with the rest of the world.

So I’m still sitting here at Chic-Fil-A, and I’m looking around, and the place is pretty well occupied, by the same kind of people like me; people sitting by themselves, burning time in other ways than just eating. People reading the paper, some solitary people speaking with other solitary people, from their own respective tables. A few sparse couples, trying to enjoy a relaxing morning with some comfort breakfast, but for the most part, a whole lot of aimless, directionless people, just hanging out at Chic-Fil-A.

Now me, at least I have an excuse; I’m grounded to this plaza until I get my car back, in which then I will GTFO and continue on with the rest of my day, but for the time being, I’m left to wonder, is this seriously how many Americans spend their weekday mornings, when they’re obviously not employed? 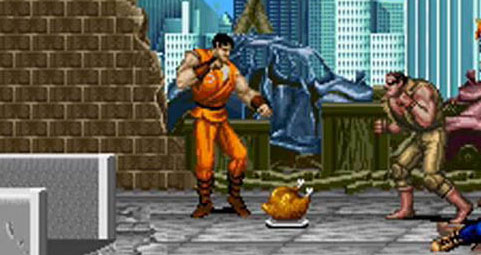 WOULD YOU EAT THIS FOR FULL HEALTH?  Because nothing says rejuvenation like a steaming plate of chicken found underneath a waste receptacle, not to mention, defying the laws of physics to not be flat as a pancake.

This will go on the growing list of “to-do” projects, such as finishing up my 2009 Nanowrimo story, among other things, but one of these days, I’d love to take a stab at sprite-editing, and hacking up a ROM of Final Fight.

END_OF_DOCUMENT_TOKEN_TO_BE_REPLACED 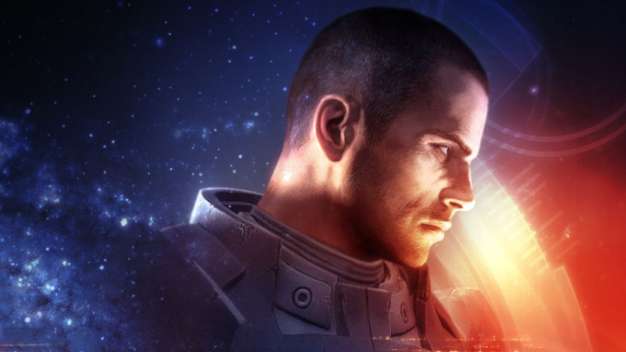 This Saturday morning, instead of being a contributing member of society and spending my sparing, but still hard-earned money on services and goods rendered that would help the economy, I’m rendered to a miserable, spiteful, cauldron of hatred, sitting outside of a Starbucks brogging angrily.

I hate to base an entire year off of a recent string of bad luck, events, and happenstance, but if this week is any indication of what the rest of 2010 has in store for me, I think I’d be better off jumping off Old Rag’s summit next weekend when I have the chance.

END_OF_DOCUMENT_TOKEN_TO_BE_REPLACED

Today, I shot myself in the foot, something fierce.

For reasons I can’t really comprehend other than a strange sense of honor, I inadvertently dismissed myself from an opportunity for three to four weeks of a guaranteed paycheck.  Maybe I got greedy, or maybe I am much more of a compassionate human being than I thought.  But long story short is that I was offered a position that starts tomorrow, and instead of clicking my heels, and emphatically agreeing to it, I asked if I could put some feelers out at D-land, to make sure that I had finality on all of my current projects.

I had zero intention of turning down the position, even with it’s questionable distance from my house.  But apparently, my hesitation at agreeing to it caused the client who needed the work, to instead accept the first schlub who did agree to start tomorrow.  So instead of starting a new assignment tomorrow, with the next three to four weeks accounted for, I’m going back to a place that I’m not too terribly fond of, with any day after tomorrow sporting a question mark.

And for what?  Doing the honorable thing?  Being a nice guy?  Because as far as I’m concerned, those two things haven’t done shit for me, in my time of need.

This has not been a very good week, and I do look forward to its quick passing.