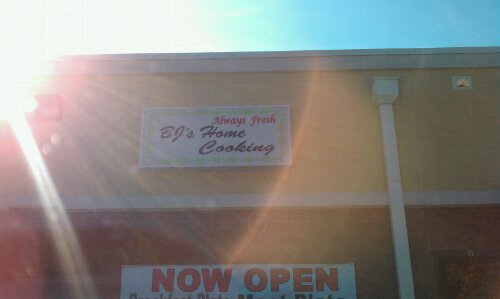 Missed a flight to Wisconsin, and am not the least bit heart broken over it. Gives me more time to play more Mass Effect 2 again. Happy weekends of relaxation ahead.

Last night, I finally beat Mass Effect 2.  It is officially the finest game that I’ve ever played.

As much as I love and play the hell out of Left 4 Dead and all the Resident Evil games, I can’t honestly say that I like them more than Mass Effect 2.  They’re either too one-dimensional, or their stories are too cut-and-concrete, one direction only, whereas Mass Effect provides options, paths, and a large variety of factors that tweak and customize the game into the player’s choice.

But in the end, the biggest factor for me is the storytelling of Mass Effect 2 that put it above and beyond from any other game.  Sure, a lot of it has to do with the personalities of the players themselves, but the fact that the game can change on a whim based on the decisions of a player’s emotions or thinking is brilliance.  The raw emotions conveyed by the characters and supporting cast of the game are a testament to the superb acting behind the story.

I can’t wait to play through it again, but as my imported super-heel character from the first Mass Effect, and I’m going to go all renegade up on the galaxy. 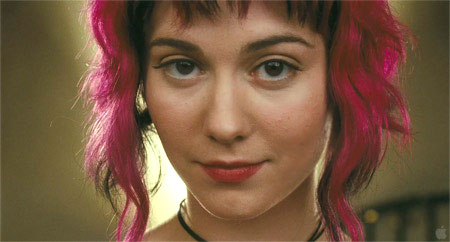 Got to see a premiere of Scott Pilgrim vs. The World last night.  It’s like a smorgasbord of nerdy references, meant to be for nerds, and socially awkward geek outcasts, and I question how it will fare with those who are too busy to be reading blogs and the corners of the internet that do not involve fantasy football, celebrity gossip, and stock tips.  But regardless, since I fall into the category of geeky-internet-blogger-nerd, I enjoyed the movie pretty well.  It followed the comic pretty okay, but I thought there wasn’t enough of Scott Pilgrim getting his ass kicked.

Or maybe it’s the fact that I’m just a little burnt out on Michael Cera, and the fact that he seems to play the same guy in every single movie he’s in, and now I just want to see him get his ass kicked on screen now, or something like that. But Mary Elizabeth Winstead, who plays the role of Ramona Flowers, I totally dig.  I thought she was hot in Sky High, but she’s totally back on my radar of actress crushes after watching this flick.

But even with the Cera-handicap, as I said, I enjoyed the flick, and I would’ve paid to have seen it in the theaters after August 13th, but am fortunate and glad to have not had to pay last night.  However, it was a little melancholy and ronery in an ironically humorous way, being the one single guy in a group of like five other couples, watching a flick about guy-fighting for-girl in a nerd-gallant way.

Someone get me my cranberry juice, god damn it.

Three more parks knocked out for Real Men Don’t Wear Small, which currently puts me at a total of 17 out of 30 MLB parks visited.  Unless you’re completely oblivious to anything I’ve written within the last five days, my latest adventures took me to Chicago where I saw both the homes of the Cubs (Wrigley Field) and the White Sox (U.S. Cellular Field) as well as to Milwaukee, where I saw the Brewers (Miller Park).  Within those three, I also discovered THE worst park in Major League Baseball.

Sleep really Aboboed me last night.  I slept for about ten hours.  Thank goodness I’m not actually working today, otherwise, I’d be screwed.  Anyway, if you haven’t already figured it out, I spent the last weekend and change out in the Central Standard Timezone, watching baseball, eating way too much, and doing some exploration.  Ironic, considering I’ve been to Chicago like 5-6 times in my life, but never actually explored the place until this past weekend.  Sad, too.  But anyway, I have recently uploaded over 300 photos from my recent travels of my goofy and nerdy baseball travels.

END_OF_DOCUMENT_TOKEN_TO_BE_REPLACED 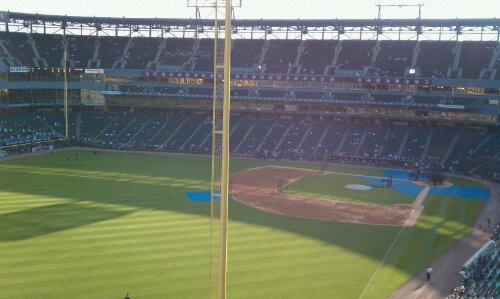 Seriously, the White Sox’s US Cellular Field is the worst park in America. Will elaborate at another time. 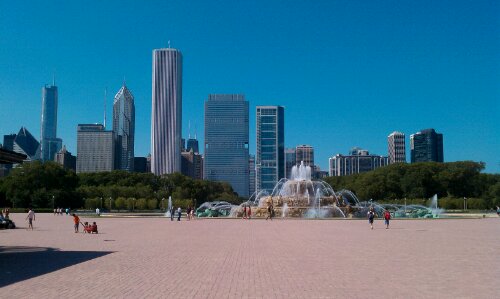 Buckingham Fountain, most famous for being in the opening credits for one of the greatest shows ever, Married… With Children.