Out of all the available seating in this spacious terminal, why does the equivalent of the black Violet Beauregard after turning into a giant blackberry in need of juicing have to sit right next to me? In just a minute, I will be forced to “check the standby list” in order to get away from this mammoth behemoth monstrosity so I don’t have to smell her McDonald’s breakfast any further.

Today, I went to a Borders, because I have absolutely no books left to read, and there was no way I was going to hop on the plane back to Atlanta tomorrow morning without something to read.  Firstly, I guess this is one of those regional differences that differs noticeably between Atlanta and Fairfax, but there are a lot more people who occupy the courtesy chairs and are actually reading.  Instead of looking for places to lounge while  their significant others are scouring for books.  Asian kids, Indian students, and various other people of Middle Eastern descent are scattered throughout the store, with actual books, and not a bunch of fake Goth teenagers reading manga in the chairs and aisles.

Here’s my thing – I’m not working right now, and my funds are dwindling and honestly making me worry a little bit these days.  The count of white hairs on my head is distressing, and has become like this Ouroboros of anxiety that just creates more.  I haven’t really relaxed in quite some time.  But all those factors considered, I realize that I just can’t sit down in bookstores and read entire books.  I’m the fucking customer that book stores should love.  I don’t treat them like libraries and sit around and loiter and get my fill of reading without paying for it.

Yet it has nothing to do with reading in public, because when I’m at the airport, or Starbucks, or even any sit down joint during lunch, I have no problem pulling out a book and reading in front of other people.  I guess I have this idea that the concept of sitting around and reading at book stores is kind of what hopeless people do.  If you have the genuine interest in what you’re sampling, take it to the counter, and purchase it, and read what now belongs to you.  I don’t have a ton of money these days, but I still can’t fathom actually taking advantage of the unwritten honor system of book stores, and trying to fill my head and kill my time for absolutely dick, inside the confines of a book store.  I think it’s a cheap thing to do, and that’s something I don’t really want to come off as.

But to each their own, and if my life keeps heading in this dry spell, then even getting to the book store in the first place is going to be the least of my worries.

I am, in a foul fucking mood today.  Normally hanging out at airports doesn’t really bother me, but today, I’m apparently absolutely livid.  And for no genuine real reason.  It must be indicative to the general state of me, considering this has been the first entirely dry week for me in quite some time, and I do not not apparently deal well with the boredom, and lack of productivity.

I have missed three flights to Virginia due to the entire fucking galaxy wanting to get there from Atlanta.  No matter what I see on the company intranet is irrelevant, because upon arriving to the gate, there are about 4-12 people ahead of me every single fucking flight.  I can’t even find a place to sit; I’m relegated to sitting in the gate of a recently departed flight to Jacksonville, Florida, about a mile away from the appropriate gate I should be waiting at, because this airport prides itself on being the busiest in the world, but really means to be the least efficient and most fucking crowded.

The honest truth is that I didn’t even really want to go to Virginia this weekend; but wanting to actually spend some time with my dad on his birthday is fairly important and justifiable for exerting the effort to do such, but if it were for any other reason, I’d likely have just stayed home this weekend, and watched baseball in my own backyard instead.

I’m trying to make the best of all this bullshit, but I’ve waded in it enough for a day already, with a very low threshold to begin with.  But I really need to find some good news or some relaxation somewhere, because I’m having some pretty dark and violent fantasies lately; the last one being wishing I could kick out the back of someone’s knee, pulverizing them, and then snapping their neck; for no reason other than they were walking too fucking slow and in not a straight line, so they were always perfectly in my line of walking.  Not to mention they were a fat, worthless fuck.

Wow, I’m in desperate need for some happy shit.  Hoping for a happy fucking weekend on Friday the fucking 13th.  Someone call the good news bear, and get me some fucking honey.  Fuck.

Last Friday was Tom Glavine Day, the day in which the retired pitcher was inducted into the team’s Hall of Fame, and his #47 was retired forever.  What was supposed to be an evening with a memorable ceremony, followed by a dominant Braves win ended up being an evening where the game and ceremony were both delayed two hours by a torrential downpour.  Apparently fellow soft-tossing left-handed pitcher Barry Zito was inspired by Tom Glavine that evening, and struck out ten batters.  Unfortunately, he pitched for the other team.  18 beers later, the Braves coughed up the lead in the bottom of the 9th, and lost the game in extra innings.  🙁

END_OF_DOCUMENT_TOKEN_TO_BE_REPLACED

Since I don’t really want to fall into a brogger’s rut of simply posting nothing but a picture and a quick blurb of words, on a daily basis, I sit down today to write.

A brogger’s rut isn’t the only thing that I’m risking falling into these days, because as much as I hate to admit it, I feel that I have fallen into a more proverbial life’s rut these last few weeks.  Ever since I returned from Chicago, I have struggled to get back into a sense of routine, comfort, and the resulting ease of mind that comes with doing the same shit on a regular basis.  I guess it wasn’t necessarily the fault of my trip to Chicago, but now that I think about it, kind of a result of events and happenings of this summer as a whole, perhaps.  Now I’m not going to say that my life is miserable and sucks by any stretch of the imagination, but at the same time I’m not going to ignore the facts, or at least hypothesis, that I might be a little depressed these days.

END_OF_DOCUMENT_TOKEN_TO_BE_REPLACED 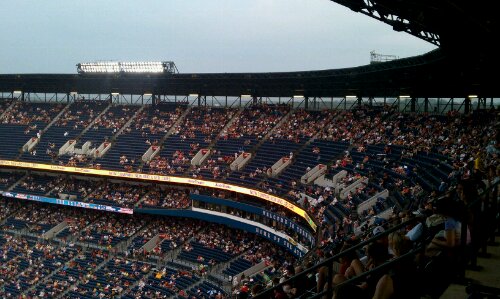 When it comes to just a little drizzle, people turn into gigantic pussies. Yes, I am brogging from the game because my peaceful secluded sanctuary has just been invaded by Retard-and-Choad-a-Palooza and I fear an impending rain delay about to happen.

When I am actively looking for work, I actually base my a part of my decision whether or not I’d want to work for a place, on if the company’s logo looks good.  I just saw a company’s logo being a whole bunch of faux-pixelated boxes with Myriad font in horrendous colors.  I calmly closed that tab.  And all I know is that I don’t ever want business cards, wherever I work; every time I have ever gotten business cards from a company, that has pretty much been the kiss of death for me.

Anyway, it’s back to normal life for me this week, hopefully.  Used the excuse of coming back from a road trip last week for throwing me off my schedule, routine, and spent too many days sleeping in, not jogging or lifting, and eating like a got-damn pig.  Getting back to some work would be nice.