I often think it is cliche the way people sum up entire years, this time of year, but then again, it’s so often done when things aren’t very good.  I can be fortunate to say that I haven’t really had too many bad years as wholes, and the last one that genuinely comes to mind is back in like 2002.  With all that in mind, in the pessimistic world we live in, I suppose it simply is easier to blabber about something when it’s more like a trainwreck than a sappy, warm, feel-good story.

In a nutshell, 2010 has sucked great big, gigantic, sweaty goat balls, overall.  I’m ecstatic to see that it’s mercifully coming to a close, and I’m praying that 2011 treats me, and treats Jen a whole lot better than 2010 did, because I’m not sure if I’ll have enough black hairs left to turn white by the end of next year if this shit keeps up.  With great trepidation, I clench my anoos, fearing that there’s still time for more discouraging, cringe-inducing bullshit to occur, and as evidenced by recent events, there’s no such thing as coasting to the finish.

But not to say that 2010 was 100% pure rubbish.  There were a few good things that happened this year.  And to start off this conclusive post on a positive note, let’s get the good shit out of the way so I can talk about all the shitty shit that happened that most people are more intrigued about anyway:

END_OF_DOCUMENT_TOKEN_TO_BE_REPLACED

Will I purchase a used car from anywhere other than certified used. CarFaxes and pre-inspections be damned, far too much bullshit is still capable from indy dealers. The hypothesis with my piece of shit is that the rear axle was changed, likely from an undocumented accident, which explains why no original wheels seems to be able to fit on my piece of shit.

It was naive of me to be optimistic, driving down I-285 at 55 mph exactly on cruise control as irate drivers and semis raced past me, that I wouldn’t have to do this again under such circumstances.  After all, the shop had called me to let me know that my new wheel had arrived, and that as long as I arrived before 5:00 p.m., the new wheel could be installed.  So I left BBC three hours short of a full day despite the fact that I need the hours and I need the money, because having a safe car to drive is slightly higher priority in order to facilitate the pursuit of the hours and money in the future.  Only to be told after waiting for 90 minutes that the wheel they received was not the correct fucking wheel for my fucking vehicle and that I would not be leaving the shop with a new fucking wheel but instead still on the fucking donut that I fucking drove in fucking on.

I like to tell myself that I’m a fairly even-keeled person, but I’m not going to sugarcoat the fact that right now, I’m boiling-over livid.  Under these circumstances, I don’t care if it was the shop, or Mazda, but the bottom line is that there was a mistake somewhere in the process, and I’m the only fucking party that is going to suffer as a result of it. And not just the $450 it’s going to cost me to replace the fucking wheel, but now the fact that I’m going to have to forfeit even more hours at a place that actually pays a good rate, because someone, somewhere, fucked up, due to incompetence, stupidity, or both, and there is going to be no accountability for the situation, and the only one who loses money is fucking me.  Some warehouse idiot motherfucker isn’t going to lose his job over a careless error, and certainly someone at the shop who may or may not have fed Mazda incorrect information isn’t going to lose their job over a potential careless error.  But I have to miss more hours of work in order to take my fucking lemon of a fucking car back to the fucking shop, so that I can get a new fucking wheel put on this piece of shit.  How is this even fair?  I’m not the one who made any mistakes in this situation.  The people who did aren’t going to get their pay docked, and I’m going to not make as much money as I need to, because of them.  I know I’m not fucking perfect, and I make mistakes too, in my profession.  But often times, there are paid proofreaders to ensure that my mistakes don’t go on to cost the end clients a lot of money.  I’m beginning to wonder why other lines of work don’t have proofreaders; it’s becoming transparently apparent that other occupations could use some fuck-up prevention in their process, and the country certainly needs jobs.

I’m a very naive person, apparently.  I give the benefit of the doubt to people far too often, and as a result, I’m often disappointed at the results.  Here’s a New Year’s Resolution for 2011: start assuming more people are fucking idiot retards until proven differently.  Because when the world of strangers inevitably disappoints me, at least I won’t be upset as a result of surprise.

It’s trying its very hardest to really make me hate it.  I know that there are issues with either the front CV axel, or the CV joint or both (~$700-1,400), and my brakes are starting to chirp, which is indicative of the brake pads starting to wear down to critical levels (~$99-179).  My rear passenger tire has been leaking air for a while, and I suspected a nail in it likely (~$discretionary).  The oil hadn’t been changed in a while (~$24).  I’d put all of the above off for as long as I could tolerate, because I knew that taking my car into any garage was going to result in a “hey wait, look at this, guess how much this is going to cost” situation (~$more than what I have), but today, with impending work tomorrow that will necessitate some lengthy driving, I took my car in to get the oil changed, and address the leaking tire.  Naturally, my hypothesis of what was going to happen, was accurate.

Unfortunately, the costly problem was not one of the aforementioned issues that I figured it was going to be.  There’s a crack in my rear passenger rim itself, so therefore, the shop will not remove the tire to apply the patch job to the nail that was predictably there.  The wheel itself needs to be replaced entirely, which is going to run me about $475, when it’s all said and done.  The best (worst) part is that even after this expense is dealt with, the laundry list of issues above still haven’t been addressed yet.

I’d like to introduce you all to a friend I secretly hate, who I haven’t seen a very long, long while: credit card debt. 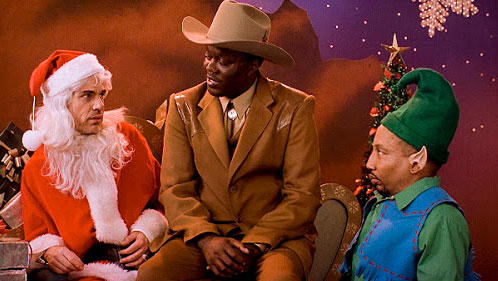 My arms feel like Rich Harden, and my legs feel like Chipper Jones.  But all with good reason.  What started with a new television snowballed into an effort to renovate my personal quarters, with me now paying dividends for my work, proving that things are easier when the house is new and unfurnished, and that I am indeed, getting old as fuck.

I haven’t worked all week, and haven’t gotten yet paid for the week of work previously.  Work is coming back as of Tuesday, and some interesting opportunities may arise (hopefully) in coming time.

The year is steadily approaching its finale.  Without much trepidation I say it can’t come soon enough.  But more on a lot of the aforementioned topics at a later date.  It’s Christmas, and I intend to spend today doing jack squat, eating food I like, and playing video games all day.

Recently took a road trip up to old C’ville to visit some old friends.  Who have kids now.  Whose local friends all have kids too.  Kids everywhere!  Man, I’m feeling old.