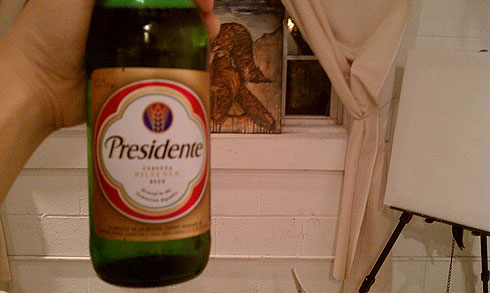 At a very remote gas station, relatively in the middle of nowhere, I found Dexter beer, Presidente.  Although I would have preferred a six-pack, beggars can’t be choosers, and so I gladly took a 22-oz tall boy for my indulgence.  Typically, this stuff isn’t really sold outside of Florida, although you never know where else one might stumble upon it.  Ironically, this Dominican pilsner isn’t really that great, but because it’s simply known as the Dexter beer, do I still find it so appealing. 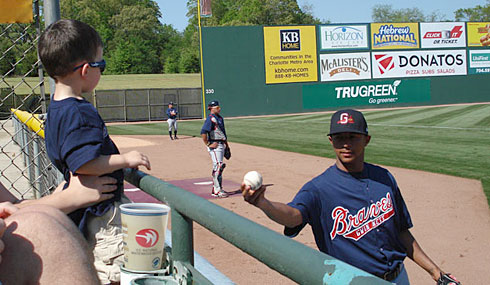 I went up to Charlotte to go watch baseball, despite the fact that the team from Charlotte actually played in South Carolina.  Either way, it didn’t stop me from taking a few hours to try and explore the city of Charlotte on my own, before realizing that since it was actually on Easter Sunday, every fucking thing was closed.

After finding a place that actually had a normal breakfast, and not some $100 champagne brunch, I walked around, only to discover the aforementioned closures of pretty much everything, and instead went straight to Fort Mill, South Carolina, where I enjoyed the park, and a pleasant Gwinnett Braves blowout victory, despite getting my arms, neck, and ears brutally sunburned.

CLT Charlotte/Douglas airport is one of the worst airports I’ve ever been to, from a TSA security checkpoint standpoint.  Each terminal had like one agent doing check ins, and the lines just to get through security were absurdly long.  Hopefully, I won’t have to fly in and out of there for a while now.

END_OF_DOCUMENT_TOKEN_TO_BE_REPLACED

The first new addition to Real Men Don’t Wear Small for the 2011 season comes from the minor leagues, as I visited Hagerstown, Maryland, to see Municipal Stadium, home of the Washington Nationals’ Low-A affiliate Hagerstown Suns.  Also the current home to supposed future phenom, Bryce Harper, whom it was a bit fascinating to see live and in person, after the monumental hype behind him over the last three years. 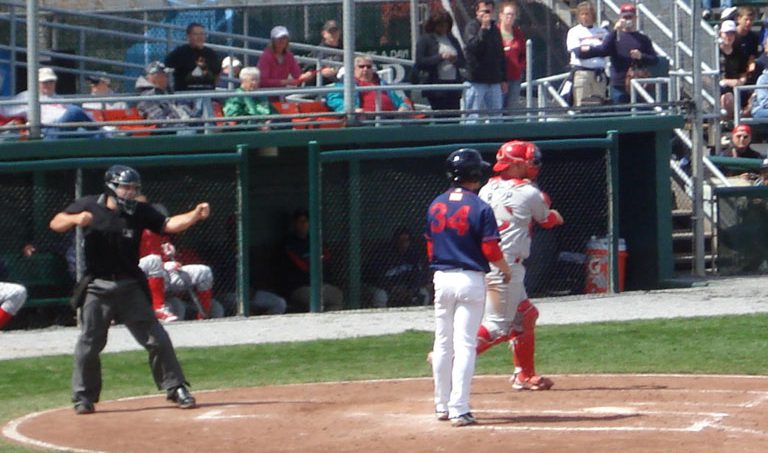 During my unexpected trip up to Virginia, I salvaged my sanity by twice finding my zen by watching some baseball, and some exploration for baseball.  The first night I was there, Huzzard and I went to go catch a pretty pitiful game between the Nationals and Brewers, but the good news is that the Nationals ended up winning, as pathetic as the offense was that night.  It was also cold as shit, but I’m really really glad that I had my sweatshirt on me for the night, or I really may have gone crazy.

I then went up to Hagersfuck, Maryland to visit a ballpark I’d never been to, in Municipal Stadium, home of the Washington Nationals’ Single-A affiliate Hagerstown Suns.  But more importantly, current home to future Jesus, and obvious current douchebag, Bryce Harper.  I took a great deal of pleasure watching him strikeout twice, looking, and being all incredulous and disbelieving that this baseball thing actually is kind of difficult.  Either way, it was a very pleasant afternoon, spent with my friend Carolyn, instead of a member of my family, whom I’ve been a little disappointed with lately these days.

Naturally, with a new park in the books, an update to my ballparks site is soon to come.

END_OF_DOCUMENT_TOKEN_TO_BE_REPLACED 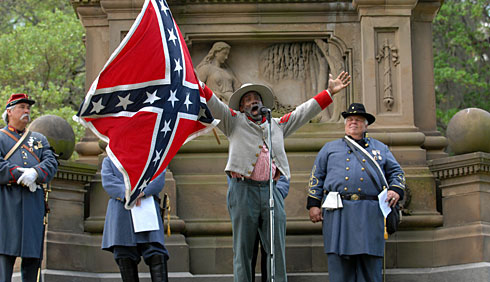 As humorous as it is, and kind of comeuppance to Jen for all those years she got to boast about having today off, but as far as I know, just the state of Georgia has a state holiday today, and at least to me, it sucks.  Confederate Memorial Day.  What sucks isn’t the fact that it’s more or less a day celebrating the unification of a faction that thrived on slavery and unequal rights for human beings, no, I can accept that as a piece of American history.  That’s fine.  What sucks for me is the fact that because I’m a freelancer, and live by the hourly wages, this is a day in which I am not getting paid at all, because the state government agency I work for does not operate on this “holiday.” 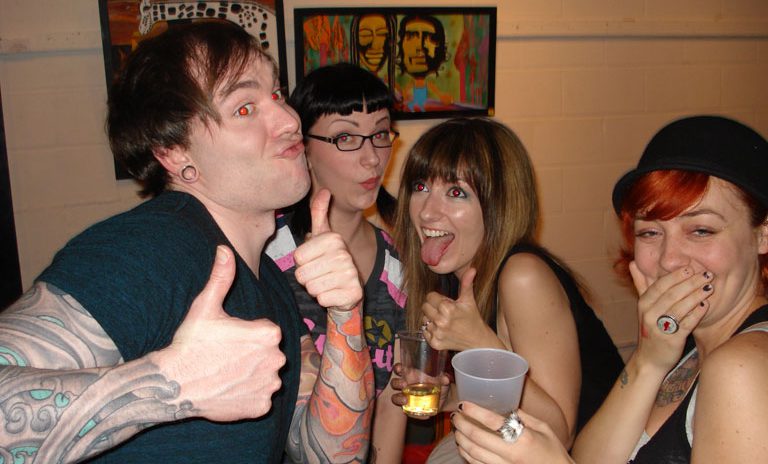 Round 2 of Art League Atlanta action, as Jen advanced to the second round, with the winner going all the way to the finals.  Not really a whole lot for me to say about the whole concept, or the art in itself, but it was still a fun evening with some friends, where thankfully, I didn’t get nearly as trashed as I did in round 1, which had me waking up the next morning with a bit of a hangover.  It’s quite a scene, with a myriad of types of people, lots of drinking, lots of people pretending to be photographers, and quite a few chicks practically wearing nothing but paint, pasties and panties.

As for Jen and her opponent, the best analogy I have for the situation is that it was like 80s-90s WWF women’s division, where Alundra Blayze was the champion.  She was also thin, in shape, and blonde.  And since it’s easy for the fans to assume that the pretty champion was the good guy, Vince McMahon always fed her a steady diet of opponents that were weird, not-quite as good looking, and a tad on the rotund side.  Perfect analogy.

She also did a whole lot of weird abstract art, which made absolutely no sense to me, whenever I glanced at her execution.  Oh, she’s using a hair dryer on her piece… but it doesn’t really change the fact that it still kinda sucked.  Now I don’t pretend that I have some extensive art background, despite the fact that I’m somewhat of an artist myself for a living, but seriously, no fucking clue.  Smashed up plexiglass with red paint watered down, splattered onto it, and then forcefully dried with a hair dryer doesn’t really result in something at all that visually appealing, let alone sellable for actual United States currency.

But no matter, I’m only mean because of her sore loser, poorly veiled remarks towards Jen and her work.  Because Jen defeated her fairly easily in the end, to the surprise of pretty much nobody present, so in the end, it could be said that the evening was pretty successful on all accounts.