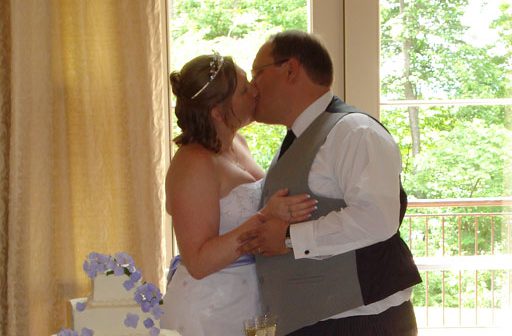 Headlining this recent batch of photo dumping is the wedding of my big gay brother getting married in a sham of a wedding that to those who know him, will not fool anyone in thinking he is anything other than a magnificent homo.  Other dumps are of my recent baseball trips to Lynchburg and Richmond, Virginia, that fewer people will care about, so clicking the image goes directly to the wedding album.

END_OF_DOCUMENT_TOKEN_TO_BE_REPLACED 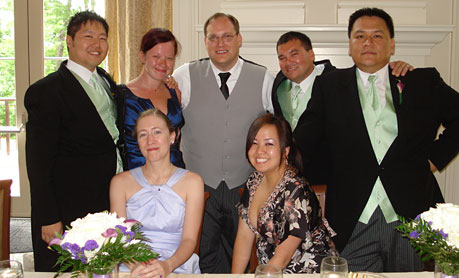 This serves as a preview picture of the 100 photos I took over the weekend, and a reminder that I am indeed in the brogging business.  May was a gauntlet of a month to begin with, and I’m hardly finding much time to catch up with personal brogging shit from a combination of prior engagements, baseball, family shit, and work.  But back from the wedding of my big gay brother, I am left with a feeling of happiness for him, and recognition of a good time altogether.  Pictures will be soon coming.

But in the mean time, this may be a picture of us all looking all polished, nice, and dapper, but approximately 4,234 days ago, this following picture was taken:

END_OF_DOCUMENT_TOKEN_TO_BE_REPLACED

Two new minor league ballparks were added to Real Men Don’t Wear Small.  Actually, it’s one new ballpark, and one redux, since the ballpark known as the Diamond in Richmond, the former home of the AAA Richmond Braves, is now home to the AA Richmond Flying Squirrels.  Yes seriously.  And preceding that was a trip out to the sticks of Virginia, to where I could see the new A+ affiliates of the Braves, the Lynchburg Hillcats.

I’m one of those guys who will often use his own vernacular around people, with the expectations that they should understand it.  A part of me derives pleasure from the random reactions I get from people, after I have to explain my choice of words to them, and it’s even better when they begin to integrate it into their own vocabulary for future use.  Such is one of those instances.

If you haven’t gotten it yet, buttholes are a euphemism for asterisks, since in a twisted kind of way, they kind of look like them.  Starfish, pinwheels, or whatever.  I call them buttholes.  Look no further than the crown jewel of guerrilla marketing at its best.

END_OF_DOCUMENT_TOKEN_TO_BE_REPLACED 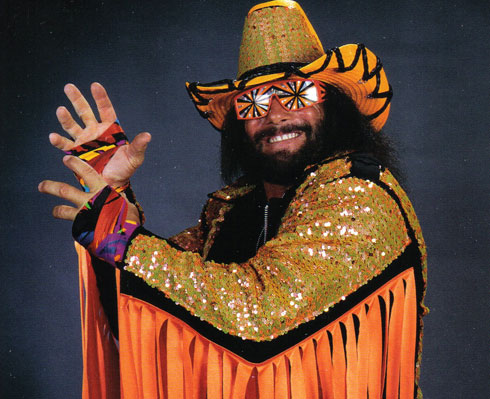 Today is a sad day for those of us whom are professional wrestling fans, as it was discovered that legendary wrestling superstar, Macho Man Randy Savage died today in a car accident that was triggered by a heart attack while he was behind the wheel.  He was 58 years old.

Typically the deaths of wrestlers come as no surprise to me, as throughout the years, I’ve shrugged off the deaths of numerous sub-40 year old wrestlers whom I certainly do remember, but were mostly indifferent about their passings.  Renegade, Test, Rocco Rock, and Crash Holly come to mind as wrestlers who died early, mostly because of their own stupidity and/or drug problems.  There was a stretch between 2004-2008 where there was pretty much another wrestler dying on a monthly basis.  And every time, it was the same stories – heart failure.  Drug overdose.  Or both.

If they were big enough wrestlers, then the media would get a hold of the stories, and then point their fingers at steroids, and just how stupid professional wrestling is.  Otherwise, they would die in relative obscurity, except to those of us who remember them as enthusiasts.

END_OF_DOCUMENT_TOKEN_TO_BE_REPLACED 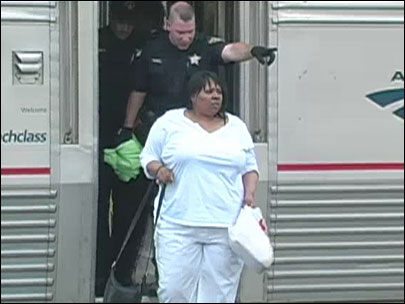 Gotta give some love to the Pacific Northwest for pulling this off, but this is the story about a woman who was on an Amtrak train from Oakland to either Portland or Seattle, who was kicked off for talking on her cell phone too much, and too loudly.  Now we’ve all been in this situation before, where we’ve been on some sort of transportation, and there’s someone who’s speaking way too much and too loud, that we really wish would shut the fuck up.  But never, is anything actually done.  Until today.  Not only did the train stop in in the middle of a train rail intersection in Salem, Oregon, it had police waiting for it, to go in the train and physically remove her from the vehicle.  Whatever the highest medal of valor is for policemen is, the guy in the picture fucking deserves it.

And speaking of pictures, talk about “worth a thousand words.”  It’s like when I saw the headline for the story, my mind already had some assumptions, and when I saw the photograph for the first time, it’s like I’d already seen it before.

It would be nice if other rail systems took note of this, but knowing Atlanta and MARTA, it’s the Lakeysha Beards of the south that are the ones in charge and/or driving the trains in the first place.  But one can wish. 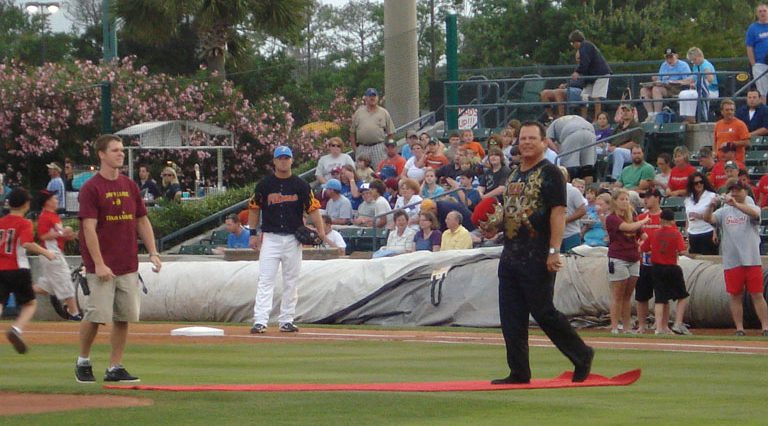 While at the beach for Andy’s bachelor party, we made a visit to BB&T Coastal Field, to catch a game between the current Myrtle Beach Pelicans, as they took on the former Myrtle Beach Pelicans, who now go by the Lynchburg Hillcats.  But more importantly, we wanted to see and meet WWE Hall of Famer, Jerry “The King” Lawler.  It was cool to meet the King, but I couldn’t shake the feeling in the back of my mind that it seemed like he didn’t really want to be there, and was more or less just there for the paid appearance.

But anyway, details behind rest of the bachelor party, as they should be, are more or less not really worth talking about.  Lots of drinking, and a whole lot of goofy shit at the dime of the groomsmen who hope they don’t have to do this shit again for this fucking homo.