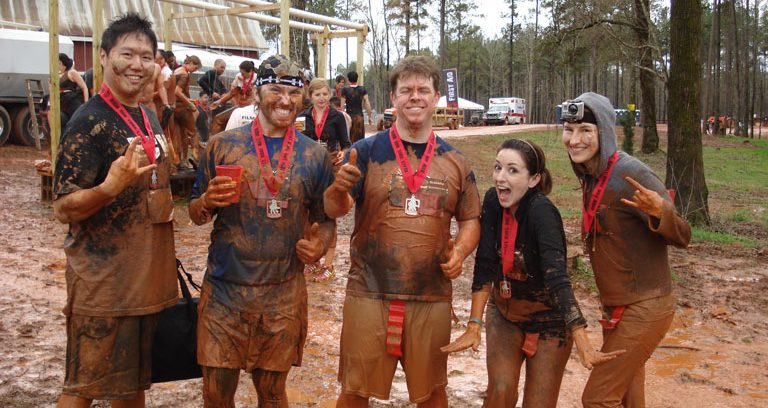 I’m currently pretty sore, my quads ache, my knees sting, and my back and neck even feel kind of stiff right now.  To cut straight to the chase, my friends and I all managed to survive the hometown “Atlanta” chapter of Run For Your Lives!, so for me, that makes two victories, over both Maryland and Georgia.  It was a good bit of fun, and about 5,000 times more muddy and messy than the Maryland debacle was, as evidenced in this image, as well as all the subsequent images.

But I’ll share my thoughts and go into further detail in a dedicated post.  But for the time being, enjoy the sparse images.

END_OF_DOCUMENT_TOKEN_TO_BE_REPLACED

Although I haven’t gushed or exclaimed my excitement over it, tomorrow is the second zombie run I’ll be participating in.  Having done the one in Baltimore, I fully know what to expect this time around, and I kind of fear that I’m still a little ill-prepared physically for the event.  Granted, I also know this time around not to blow myself up so early on, and to essentially not give a shit about time or survival; after all I’ve already done it before, so I’ve little else to prove.  However, regardless of all the things I know to expect, I can’t help but still feel this sense of nerves and apprehension about the event as a whole.

The one positive difference in this is that I’ll have a sizeable number of compatriots in this go-around.  Not to discount my boy cheetos the least bit, as he essentially prevented me from losing all my flags in Maryland, but that event was marred by the poor planning of the event as a whole, ill-preparedness, and the soiled notion that other friends were barred from participation due to the shitty traffic or shitty volunteer management.  This time around, I’m traveling and running with four others, and hopefully there will be better event management in the Atlanta chapter than it was up in Maryland.