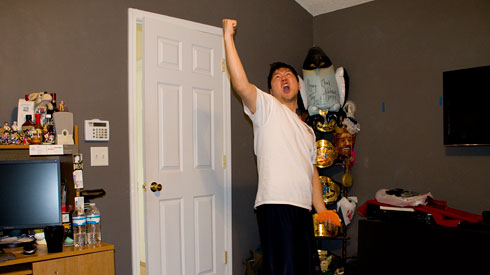 In the past, whether it was your teef, lips or tongue which came in contact with the shell of a taco first, the flavor receptors in our mouths register something very nondescript, bland, ordinary; something serving functionality over enjoyment.  The shell that exists solely to harness and restrain all of the beefy, cheesy, veggie, saucy goodness that goes inside of a taco.  No longer, said Taco Bell – no longer would the shell be merely Robin’s utility belt when it could become Batman’s trusty cowl on the hierarchy of awesomeness.  And so they took the boring old taco shell which was the standard, the norm, and made a change that would flip the universe upside down.

I know what true love is now.  The heart-fluttering first kisses in life have no comparison.  Driving off the lot in my very first new car is but a distant third in comparison.  Watching the Braves mount a comeback on the Phillies isn’t close to as arousing on so many levels.

True love, is the Dorito Taco.