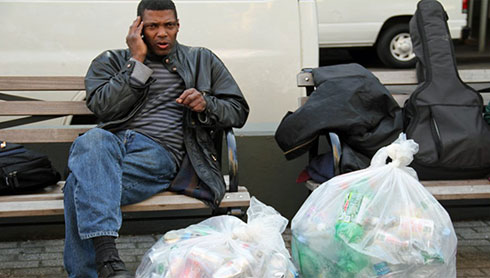 Over the course of the last few days, I’ve had an inordinate number of deadbeats asking me for handouts.  Each of the last few times I’ve went to get gas, there has been someone who comes up to me, doesn’t say “excuse me” or “pardon me,” or any other polite greeting one might consider to a complete stranger, and just straight up asks me for money.

And it’s not like “hey man got any change” or asking for loose currency that could be considered negligible to me, but could turn into something substantial for them.  These guys have been straight up asking “got a few bucks I can have?”  A few bucks?  Why the fuck would I want to give a complete stranger a few bucks, when I could probably make better use of a few bucks?  A few bucks easily gets me Taco Bell because I fucking love Taco Bell, and I sure as shit ain’t going to forfeit Taco Bell for some beggar.  Or a few bucks goes into the collection of some other few bucks, and turns into many bucks that I could use on something for me, or my needs, because it’s money that I’ve earned.