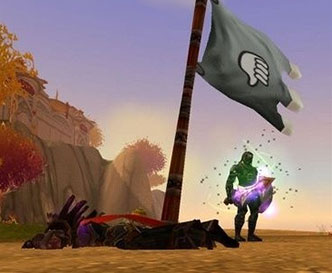 I don’t like to give credit to the Chinese too often, but from a logic standpoint, I have to say that this father came up with an absolutely brilliant idea: hire ringers to target, harass and deter his deadbeat son from playing an online video game.

I really do believe it’s brilliant.  Kids are such retards these days that any attempt to deter them from doing what they like by methods such as lecture, nagging, or straight up restriction would probably lead to a rebellious reaction to where their desire to do these things just to piss you off in addition to doing what they like.  But in the case of a game addict, by essentially attempting to make the game no fun for him seems to be more of an effective method to breaking the game’s hold over the player; when a game is so difficult to overcome, eventually it will become un-fun to the point where it’s not worth playing anymore.