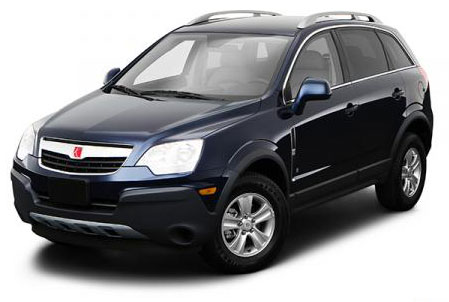 It’s funny whenever I think about cars that belong in the I give up on life category, Saturns never really crossed my mind.  But in a way, it’s fittingly appropriate in several ways; one, because Saturns are the most forgettable car manufacturer in history, and two, Saturn as a car company is dead, and has been dead for going on three years now.  Unfortunately, three years isn’t enough time to wipe them from existence as their turds on wheels are still being capably driven on roads across America as we speak.

Saturn was essentially a joint venture between General Motors and Rubbermaid (not actually true) that put out mediocre plastic (mostly) cars that were cheap to buy, cheaper to maintain, and supposedly cheap to repair when necessary (often, being a GM), in exchange for your dignity (factually accurate).  But after twenty years of sucking souls, Liu Kang and the automotive industry had enough of Saturn Tsung’s soul-sucking tendencies and putting an end to the Saturn brand, hopefully for good.