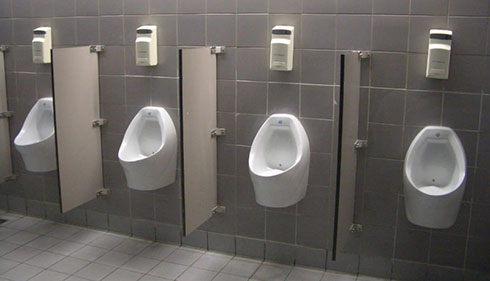 Not entirely, that is; it makes sense to me if the asshole prior to you left the urinal unflushed, and it’s disgusting to know that that asshole might be dehydrated or has a little too much iron in their system based on their bronze-colored urine, but I don’t understand people who flush a perfectly clean urinal before/while they piss, but then leave afterward without flushing it after they’re actually done pissing.

I’d say I don’t understand people who don’t flush urinals after they’ve pissed, but that can actually be answered by either laziness, negligence, or a hippie-like mentality to save water by being disgusting.  So it’s not really valid, because the people in question still actually flush the toilet, but choose to do so before the fact, and leave urinal in just as bad of a condition as those who don’t do it at all.