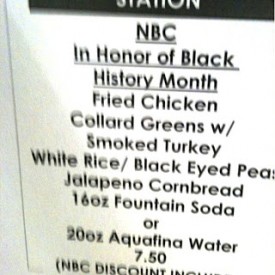 Reposted every year since 2002. Those who forget the past are inevitably condemned to repeat it. NEVER FORGET.

I’ve noticed this particular billboard on my way to work in the mornings over the last few days.  Initially, I thought about how much of a failure it was that there was absolutely zero explanation to what “YMCMB” stood for, but considering that we’re in Atlanta, the particular location of this billboard often leans towards blatant black-power messages; I figured it was just another poorly-veiled “black people are better than you non-blacks” propaganda message.

But for what it’s worth, I’ve driven past it enough, and it visually stuck enough to the point where has piqued my curiosity to Google it, so in a way they have gotten a tiny measure of victory from their advertisement.  Unfortunately, it also verifies a lot of what I theorized it was and has subsequently become a topic for me to brog about.

END_OF_DOCUMENT_TOKEN_TO_BE_REPLACED

In spite of the fact that I have a tendency to try to not entirely get too personal with what I write on my brog, there comes times in which frankly I don’t feel like there’s anyone I can really talk to and actually feel like I’m getting any modicum of empathy or support.  And I can’t really say that people are obligated to provide such, since we all have our own problems in our lives, and some most certainly more severe than others, especially compared to someone else’s problems.  I think we live in a pretty screwed up times right now, everyone is a little bit more jaded, everyone is a little bit more hardened, and it’s hard to be sympathetic towards others when the world around just ourselves isn’t entirely the best it could possibly be.

It’s times like this in which, where sometimes it really feels like all I can do to not feel so bottled up is to just write it out, throw it up on the brog, and leave it to random chance to who reads it or not, and whether or not they want to do their best impression of an ear to speak into, despite the fact that I’ll likely be writing out everything I’d be saying anyway.  Nobody wants accountability anyway, so there’s no obligation, and I don’t track who reads what I write, let alone sees or acknowledges that I write, because I’m long beyond the days of obsessively tracking hits and analytics, since I always felt that such research took something away from the exercise of simply writing.

For the past two years and change, my parents have been having some marital issues.  I’m old enough to understand the situation, and not fall into the clichéd fallacy of believing that it’s by any fault of my own or my sister’s, but it still doesn’t really make it any easier to know that the relationship between my own mother and father is deteriorating, and despite their bullshit claims, is not getting better.  At this point, for the sake of their sanity, as well as for my sister and I’s as well, divorce looks to be the best possible option, and it’s got to be pretty bad when divorce is seen as a positive option.

END_OF_DOCUMENT_TOKEN_TO_BE_REPLACED 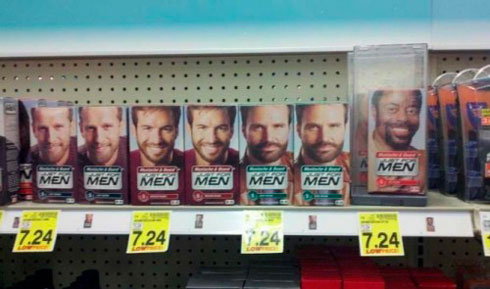 Sometimes, life just serves up softballs, begging to be hit out into oblivion, beyond Albert Pujols versus Brad Lidge territory.

It’s times like these that it’s just so easy, it goes back to that analogy that a hungry lion jumping into a herd of gazelle, but is so overwhelmed by hunger, excitement and adrenaline that it can’t focus on one particular gazelle, and ultimately all of them get away, and the lion is left hungry and defeated.

That’s kind of what happened to me when I saw this image. 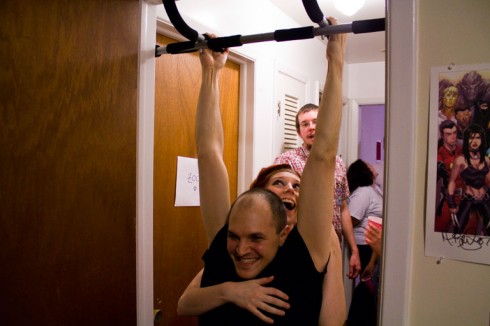 Ahh, a good old house party, we haven’t had one of those in quite some time.  In honor of our lovely friend Kat’s birthday, a small convention-themed party was on the docket, where people gathered, people drank, and eventually people did pull-ups.

All in all, despite the fact that particular conversation topics kind of make me feel old (again), it was a pleasant time where the time flew as well as the suds did, and it was nice to be a part of the gathering.

I took a handful of pictures because I was feeling one of those “man, I should take more pictures” moments, so as always, they’re beyond the jump.

END_OF_DOCUMENT_TOKEN_TO_BE_REPLACED 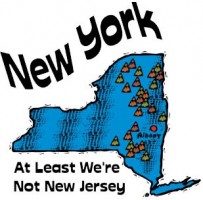 It’s that time of the year when a big inanimate sign with the Wrestlemania logo on it ends up being a bigger star on WWE programming than guys like Kofi Kingston, Santino Marella and the Great Khali.  From January until the start of April, the John Cenas, CM Punks, Big Shows and Dolph Zigglers will stare dreamily at, or point at the sign which hangs high above the arenas in which these shows take place in.  But the point of this post is not wrestling at all; it’s about the Wrestlemania logo, or more specifically what is on the Wrestlemania logo.

The bottom line is that I don’t really understand why New Jersey so often needs or is unnecessarily given the crutch of New York to give it appeal.  The irony is that I don’t even really like New Jersey, but I still feel bad for the state for constantly being in this strange identity limbo that requires New York to be handcuffed to them in order to give them any notoriety.

END_OF_DOCUMENT_TOKEN_TO_BE_REPLACED 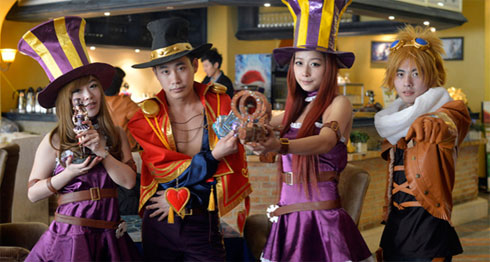 It’s no secret that China has absolutely zero respect or regards to copyright infringement, and as long as they stonewall themselves in their own country, they may as well be their own planet.  But I like League of Legends, so this is somewhat relevant to my interests.

A LoL-themed restaurant where the waitresses are dressed up as Caitlyns and whatever the dudes do are dressed up as guys like Twisted Fate and Ezreal.  The supposed menu consists of LoL-themed food items, and when gamers aren’t dining, they’re supposedly welcome to play LoL at their one desktop with classy wires sticking out all over the place!

Naturally, this is being done completely unauthorized by Riot Games or the Chinese company that owns Riot Games, but it’s not like anyone will do anything about it.  The Chinese rip Apple products off all while even using Apple’s logo and gets away with it, so something like this isn’t even going to be noticed.  Fortunately for Riot though, is that gimmicks like this ultimately get old very quickly, so it’s really only a matter of time until the LoL craze eventually wanes on its own, and then this place will wilt then, if it even makes it that far in the first place.