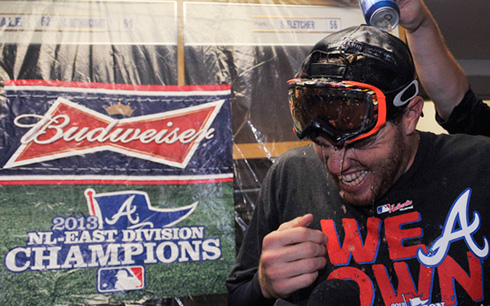 Oh noes, sports talk!  After I left Talking Chop, I don’t really have any outlet to gab about baseball anymore, and when the day is over, this is still my brog and ultimately I’ll write whatever I want to write about and post it, and not necessarily worry about catering to my seven readers.

Over the weekend, the Braves came one step closer to fulfilling that ambition, when they mathematically clinched the National League East division.  In doing so, they’re guaranteed not only a spot in the playoffs, but avoid the bullshit one-game playoff game that was marred in controversy in its inception last year, which culminated with the Braves’ season coming to a close after a single game.