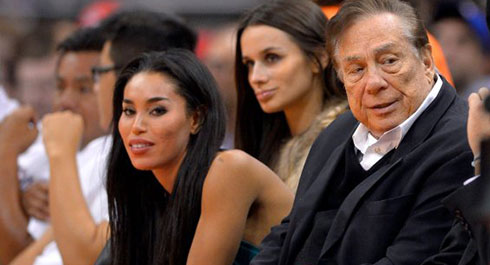 However, the reason Donald Sterling has been in the news over the last two weeks is that Donald Sterling has pretty much been publicly outed as a racist and a bigot, based on a recording between Sterling and his mistress about how Sterling did not like the fact that she had a photograph with her and Magic Johnson, because Magic Johnson is black.  And then basically saying he doesn’t want people to bring black people to Clippers games.

END_OF_DOCUMENT_TOKEN_TO_BE_REPLACED 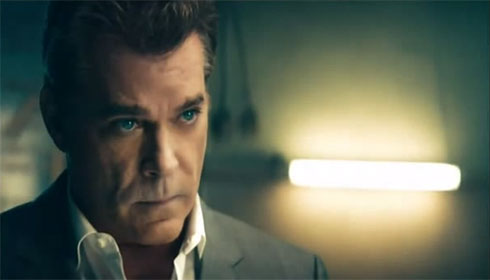 Synopsis: Somewhere in a foreign country, there is car accident that is by no means a massive one by American standards, but in whatever foreign country this is in, it’s being treated as if it were a Kobayashi-maru; completely unsolvable and debilitating the entire road system. Not lost on the irony is the fact that the incident appears to be the fault of a woman, subtly driving in that knife a little bit more about the stereotype that women can’t drive.

Regardless, Ray Liotta happens to be in a taxi that’s entangled in this web of traffic, and seemingly exasperated by the notion that he’s not going anywhere, simply gets out of the cab and walks off. Also note, he doesn’t pay for his cab fare.

END_OF_DOCUMENT_TOKEN_TO_BE_REPLACED 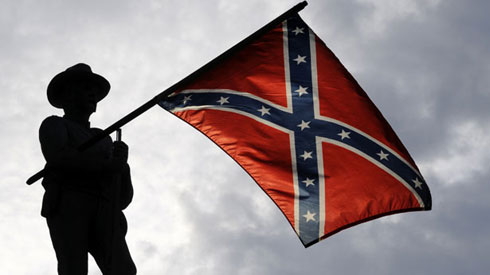 It’s that time of the year again: where you’re probably at work, and I am not, for today is the recognized Confederate Memorial Day.

It’s a paid day off, so I’m not complaining about that part, but it never fails to amuse me when one of the Mondays of April is recognized as such an ironic day of remembrance.  Sometimes, it’s hard to believe people who publicly exclaim their excitement of the approaching holiday, because they’re not really paying attention to why we’re getting the day off, as much of the knowledge that it’s a day off.

Ironic in that regard, is the fact that it’s unavoidable to not acknowledge that Atlanta is a very predominantly black city, and there were people in my office who happen to be black, being overheard talking about how they couldn’t wait for the “holiday weekend,” because it meant having an extra day off, and their subsequent plans to accommodate the extra time.

END_OF_DOCUMENT_TOKEN_TO_BE_REPLACED 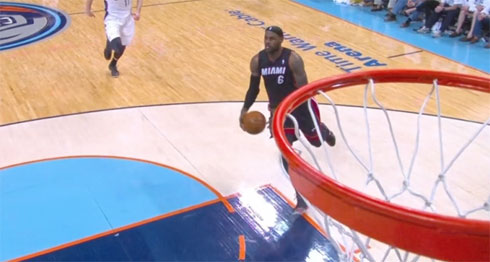 Backstory: television cameras notice LeBron James intently looking at something other than the hoop during a fast break before throwing down a big dunk.  Michael Jordan was sitting front row, in the direction of where LeBron James was looking, as he is president of the Heat’s opponents the Charlotte Bobcats.  LeBron vehemently denies staring at MJ.

Bottom line is that LeBron James is full of shit and everyone knows it.  There is absolutely nobody in the world more relevant for LeBron James to attempt to stare down than the man everyone compares him to, measures him up against, and mostly agrees that he is not better than, in Michael Jordan.

END_OF_DOCUMENT_TOKEN_TO_BE_REPLACED

Typically, whenever we play League of Legends, win or lose, there’s not a whole lot of banter in the post-game lobby unless there are some legit praise to be given out, or some trash talking that must continue beyond the end result. Usually, it’s the fake and hollow “good game” remarks, portrayed by the simple “gg” letters. Leaving without saying anything, if you’re on the losing side is immediately interpreted as being butthurt about losing, akin to the ever-entertaining ragequit.

The following is a partial transcript from a post-game lobby following a victory, with my friends Allison and Shane bantering with members from the losing team who relentlessly tried to get us to play a rematch against them, which we declined because there was no point. It’s eventually revealed that these guys are all friends, unlike the happenstance of being matched up with strangers in LoL, and like the all-knowing teenagers of tomorrow, go ahead and surrender their actual ages, which is more or less, 16.

These are the guys that will eventually be the vast majority of America’s workforce in about 10 years. Try not to jump off any cliffs out of the realization of depression after reading this.

END_OF_DOCUMENT_TOKEN_TO_BE_REPLACED

One of these days, I really should actually keep count of how many times I make a post based on the ironically humorous failings of MARTA, and have an accurate number, but for the time being 156 seems like an accurate enough number of the times that I’ve found humor at the expense of MARTA.

END_OF_DOCUMENT_TOKEN_TO_BE_REPLACED

Silly question, I know, but not without reason.

After getting “this isn’t a reprimand but kind of is a reprimand” about how I correspond with people within my company (for the second time), I’ve accepted the reality that people in my office are scared to communicate with me. As irresponsibly cowardice as it may seem, it appears to be in my best interests to let other people do the speaking for me, as my words coming from someone else, appear to be vastly less inflammatory to the fragile people I work with.

I have to remind myself that I’m not in an agency environment, where people have told me to my face that something I’ve done is not acceptable in spite of the amount of legitimate work I’ve put into it, or that I’m not in an actual creative studio, where everyone is perpetually in competition with one another regardless of how much they may deny it, so everyone develops somewhat of a shield and an edginess to their tones. Despite the fact that I just turned 32, I’m still leaps and bounds the youngest person in the office, which is to say that everyone else is much older, not just in age, but in work experience.