Summary for when this video inexplicably is no longer viewable in a month, leaving my brog with a post with a dead video link: Our protagonist, Scott, who lives a fairly mundane existence, after perusing through his Facebook wall where everyone’s fluff posts depict lives more magical, exhilarating and interesting than his, begins embellishing his mundane happenings with false optimism and occasional fudging of the truth. The superficial piling up of likes encourages him to keep doing it, but eventually the world comes collapsing around him, and even he can’t spin the follies into overly enthusiastic status updates, resulting in the downward spiral of social degradation until people just begin blocking him.

Not to sound overly pessimistic, but this is exactly how I envision a lot of people utilizing Facebook and other social media outlets. In front of an audience where very few can actually dispute or challenge, you can say almost anything you want, and hope that viewers view your perception as their reality. I’m convinced that people occasionally factor in the potential to be able to boast about it on social media to excite others, as justification to be excited about something, instead of the days when people would be excited about it, solely for themselves.

END_OF_DOCUMENT_TOKEN_TO_BE_REPLACED 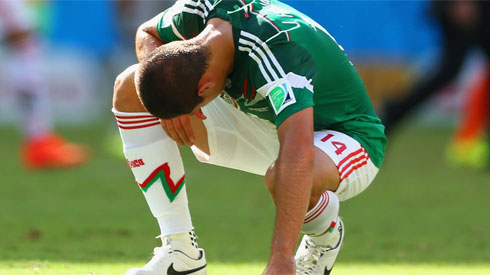 Man, was that not one of the biggest choke jobs in the history of all of sport?  Seriously, given the global nature and audience of the World Cup, and the fact that it’s safe to say a billion people were watching at the same time, this really has to be considered an upset of the monumental variety.

Bigger than any U.S. sport for us in America, and frankly it could be bigger than an Olympic event, due to the variety of events, people can cherry pick what events they really want to vest their interest in.

But Mexico, with a 1-0 lead, with barely five minutes plus stoppage to go, not only gives up the equalizer, but then commits a haphazard foul in the penalty area, and then subsequently give up the go-ahead goal four minutes into stoppage time?

END_OF_DOCUMENT_TOKEN_TO_BE_REPLACED 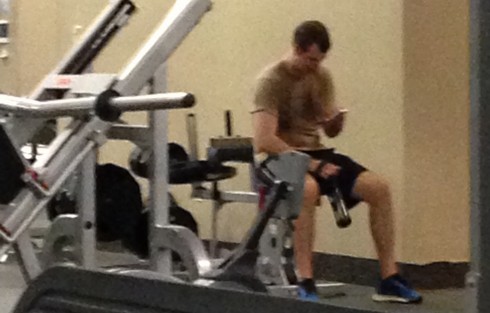 I don’t really like to waste time at the gym.  I just want to go in, do some cardio, do some lifting, sweat like a madman, shower, freshen up, and then leave.  I’m not there to socialize, gab about fitness, coach or be coached.  If words with other people occurs, I prefer that they’re minimal and as not time consuming as possible.

In fact, the ideal day at the gym has words spoken only as a quick greeting with the guy at the front who scans my fob, and maybe a hello and see you later with the unofficial gym mayor who’s about the stature of Michael Clarke Duncan.

END_OF_DOCUMENT_TOKEN_TO_BE_REPLACED 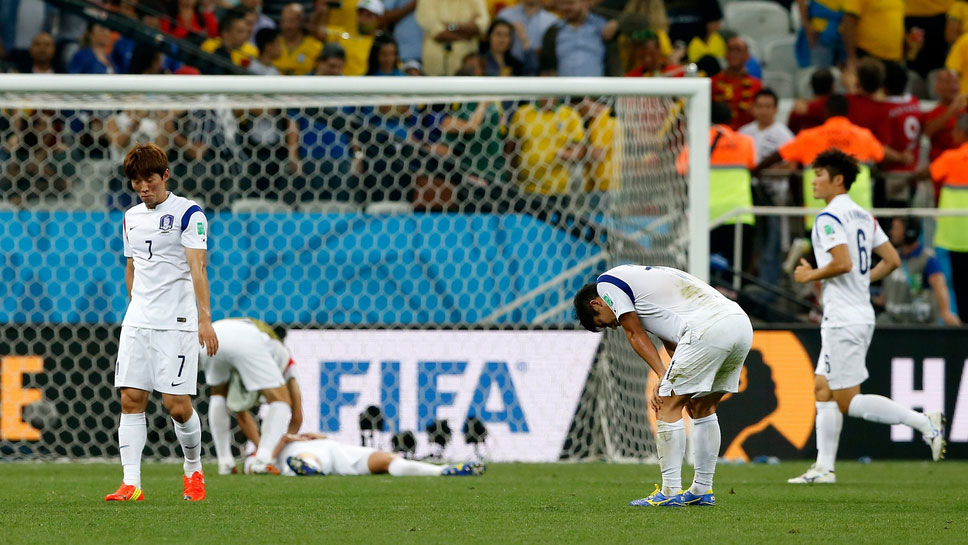 Roulette is considered to be the game with the worst odds in the casino.  Contrarily, it also has the highest payout, for a direct hit.  Ignoring side bets, half, quarter, row and column bets, it’s basically a game where you have a 1-in-38 (37 on European tables with no double zero) chance of hitting a single number.  However, if you ever do manage to hit that number, you get paid 36 times for every chip you have on that sole number.

A few times, I have grinded out enough table time to have been privileged to have hit 17 on the wheel while I’ve had a chip(s) sitting on it on the board.  It’s truly a phenomenal feeling when you hit your number, multiplied by how many chips you have touching it, because it’s a massive payout, especially when your chip denominations are higher than just a dollar.

Among my degenerate gambling friends, I still recall the story of one particular magical night where my brother and I literally spent eight hours in front of the same roulette table, where we hit our magic number 17 at least five times.  I had risked a grand total of $200 of my own money, and walked away with numerous times more than that.  I paid off the remaining balance on my car, and had comped Vegas rooms for nearly two years.

END_OF_DOCUMENT_TOKEN_TO_BE_REPLACED 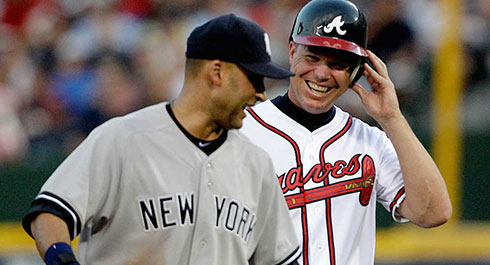 I honestly believe that we will never see professional athletes like Chipper Jones or Derek Jeter ever again – players who spend their entire, legendary careers with one team.

Outside of all things World Cup, one of the more notable stories in the world of sports is that both LeBron James and Carmelo Anthony have opted out of their existing contracts and will become free agents.  This basically means that both players chose to leave a whole lot of money over a short span on the table, so that they can pursue new contracts worth even more money over a longer span.

From the financial, personal standpoint, this completely makes sense.  When the day is over, both LeBron and Carmelo know that professional sport have a very finite amount of time, and they’re trying to amass as much money as they possibly can, to ensure the financial security for themselves and their families.

END_OF_DOCUMENT_TOKEN_TO_BE_REPLACED

Two more minor league baseball parks are added to my ballparks site, with the entries for McCormick Park, the home of the single-A Asheville Tourists, and Smokies Stadium, home to the Double-A Tennessee Smokies.

One was pretty awesome, and one was kind of pedestrian.  If baseball parks interest you, read about them on my ballparks site. 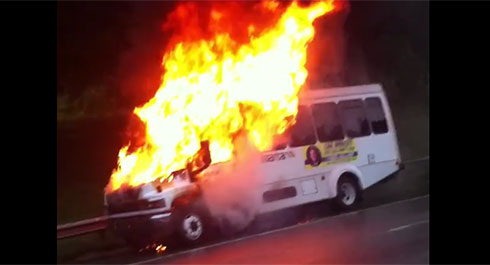 Short story shorter: MARTA bus caught on video being completely engulfed in flames on the shoulder of I-85.  Nobody was hurt.

I don’t know why this amuses me so much.  I mean, I also had great amusement in all the chronicled stories of New York’s Fung Wah buses spontaneously combusting or being engulfed in flames in their own right, too.  I guess there’s something inherently entertaining to me about entities known for incompetence actually showing extreme displays of incompetence, like somehow managing to catch their vessels completely engulfed in flames on the highways.

Either way, I’m admittedly a little surprised when I probably shouldn’t be, that MARTA has devolved to a point of failure seemingly only capable of being reached by a hack-job racket like Fung Wah.  I mean, MARTA, for better or worse, is Atlanta’s equivalent to METRO, the T, the L, SEPTA and MTA; it’s a city-wide transport system meant to get people from point A to point B, somewhat reliably, if not always necessarily comfortably.  But then to go and act like a shady counterfeit transit authority like Fung Wah and catch your buses on fire?