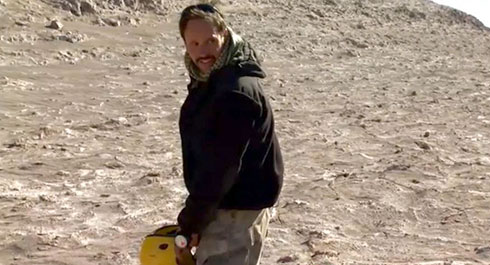 Whenever the term “mental edge” comes to mind, I think about Dual Survival, and how Joe Teti uses the phrase at least once every single episode.  But the instance that stands out the very most of Joe’s constant pursuits of mental edges was the one episode where Joe and Cody were in some desert, and like in most cases, dehydration was a massive issue.

Despite Cody’s logical (and truthful) objections to doing so, Joe insisted on drinking his own urine.  And despite fully agreeing with Cody’s rationale why drinking urine while teetering on the edge of dehydration was a bad idea, Joe overruled logic, stating that simply getting the feeling of wetness in his mouth would give him the mental edge needed to persevere in the desert a little bit longer, even if the source of said wetness was his own piss.

Joe pissed into a helmet and drank his own piss.

For that mental edge.