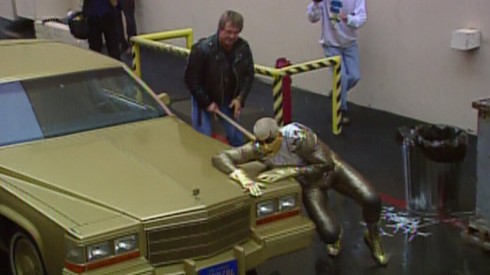 It’s been a rough stretch for the wrestling industry this summer.  Within the last 60 days, two iconic names of the business have passed away, in Dusty Rhodes and now Rowdy Roddy Piper.  Given the fact that the life expectancy for males in the United States is at roughly 80 years old now, it is accurate to say that at 69 and 61 years old respectively, both Dusty and Piper left the world too soon, which is pretty much the epitomal statement made whenever any wrestler passes these days.  The lifestyle of the business, especially back when those guys were touring towns, was quite self-destructive, and it would be a bigger surprise if the causes of their deaths weren’t aided in some way or fashion by drugs or substance abuse.

I didn’t write anything publicly when Dusty Rhodes died, but now that Piper has so quickly followed, I think it’s a decent time to put some words down, because ultimately, I felt the same way about both guys, and it’s quite easier to turn this into something of a post that I’m hoping has some substance to it.

The truth is, I was never really a fan of either Dusty Rhodes or Roddy Piper.  This doesn’t mean that I don’t care about their deaths, far from it; they’re both unfortunate and absolutely horrible for the families that they left behind, but at the same time, I don’t see any reason to pretend like I was ever a big fan of either wrestler when they were still active.  Nor did I see any point of waxing poetic about great they were in the business, because I frankly don’t agree to such as fervently as many other wrestling fans do.