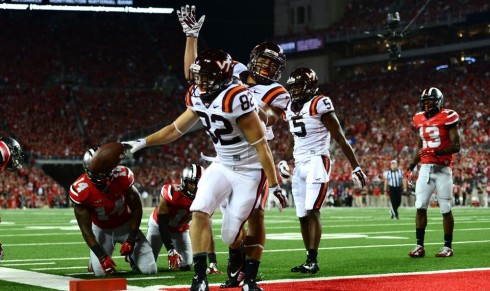 I just learned: Reigning National Champions Ohio State will open their season against Virginia Tech – the only team to defeat them in the 2014 season

Oh shit, it’s really going to happen.  This kind of scheduling is straight WWE: new world champions immediately want to rectify one of their most embarrassing defeats, given the opportunity to do such as means to start the following season.

Let’s be real here, Virginia Tech, as much as they’re my team, doesn’t stand much of a chance against Ohio State, whom is already ranked number one, heading into the 2015 season.  But the thing is, Tech really has nothing to lose here, except for the fact that they’re playing at home.