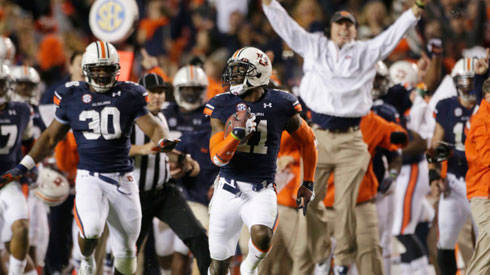 I read this article recently, where a publishing company that produces a ton of annual sporting magazines decided to rank the logos of the SEC. Out of paranoia of sounding like they were full of shit, they turned the reigns over to their in-house graphic designer to compile the list, full of artistic rhetoric and extraneous words to justify ultimately what is a subjective list.

The thing is, the graphic designer went to Ole Miss, and the publication is based out of Tennessee. Both locations are homes to SEC schools, and right then and there, I have no choice but to discount the entire list as garbage due to bias, especially when Tennessee is given the top spot with weak justification; seriously, curled interior angles plus creamsicle orange makes it the best?

So, since I am an ACC guy, don’t really have any vested interest in any SEC football programs, save for the fact that the mythical girlfriend is a South Carolina girl, I think I’m just a little bit more qualified to rank the logos of the SEC. Yes it’s still ultimately a subjective list, but F off, I need something to write about.

From worst to best: