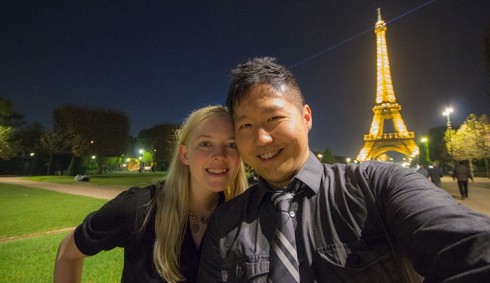 After Brussels, we took a train down to Paris, France, where the mythical girlfriend and I would spend a few days doing a boatload of touristy things, eating all of the food and drinking all of the wine.

Not that it was necessarily a bad thing, but if there was one city that genuinely felt, not really that European, I would have to say that would be Paris. Perhaps it’s on account of just how tourist-heavy Paris is in general, but at least where we were staying, right in the heart of the city, it felt almost like New York City. Lots of cars, honking horns, road ragers, large-scale branded department stores and popular international brand stores adorned Rue de Rivoli, which we were right off of, and a Metro stop was almost always within eyesight, to duck into, and take whatever train to whatever destination at the drop of a hat.

Sure, the vast majority of overheard conversations and speech are in French, but just about everyone in Paris speaks English, extremely well, and I can’t recall a single time in which I felt incapable of being able to communicate with someone if necessary. International immersion is something that I kind felt like I was seeking out, and I don’t necessarily think I found it in Paris; but considering the polar opposite of what I experienced in Berlin, I’m wondering if it really is a bad thing.

END_OF_DOCUMENT_TOKEN_TO_BE_REPLACED 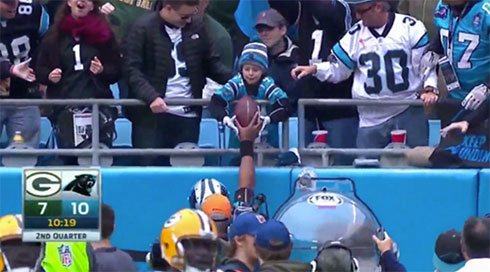 Let’s hear the tale of two stories, that took place on Sunday, when the Green Bay Packers visited the Carolina Panthers.  Ultimately, the Panthers would defeat the Packers 37-29, to remain undefeated (8-0) and hand the Pack their second straight loss (6-2).  But scores and records are irrelevant, and are mostly written as a means to make my post look beefier than it is.

Anyway, the first story is about how a group of Packer fans from North Carolina brought a massive sign stating their fandom into Bank of America Stadium; the home of the Panthers, and raised a stink when Cam Newton came by and confiscated the sign, and when attempting to get it back later, was informed that it had “been destroyed.”

The “North Carolina Cheeseheads” did a whole lot of bitching, claimed that the sign cost “around $500” to produce, and ultimately the Panthers organization caved and is supposedly going to replace the banner.