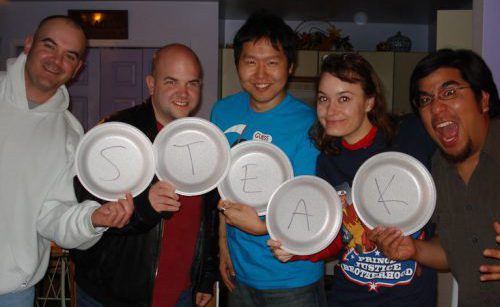 I’m not sad because I’m missing Wrestlemania this year, because the card looks putrid, NXT Takeover will inevitably be the better show, but Wrestlemania’s card looks putrid this year.  Nobody wants to see Roman Reigns win the world title, nobody wants to see Kevin Owens be in a match that includes the Miz and Zack Ryder, and the best match of the night very well is going to be the Divas title match between Charlotte, Becky Lynch and Sasha Banks.  No disrespect to the hardest working women in ages, but the rest of the card is definitely not worth sinking five hours of time into.

I am sad because I’m missing Wrestlemania this year, because it’s pretty much the first time in over a decade in which I’m not going to be watching it with some of my closest and longest tenured friends, whom we’ve had something of a tradition of doing for the better part of almost the last two decades.  Prior to this year, the only two blips in the radar have been the times in which I actually attended Wrestlemania, which were cool in their own right, but paled in comparison to evenings of catching up, shooting the shit, stuffing our faces silly, and commentating on all the bad matches of the night.