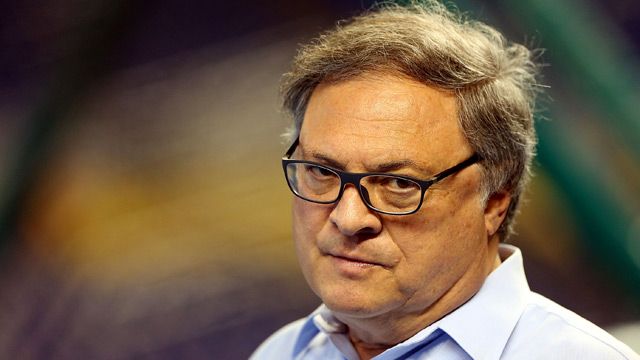 As much as I’ve been a loud and vocal proponent for goofing on the Braves, and voicing my dissent and disapproval of ScumTrust Park, I would have to say that there still exists a team that is worse off.  Which would be the Florida Miami Marlins, who have recently been reported to be suing their fans, alleging breaches of season ticket and lease contracts on account of the Marlins failing to deliver on a multitude of promises.

Long story short, since the Marlins opened their highly criticized, publicly funded Little Havana monstrosity, there was belief (that nobody believed in) that a brand new shiny ballpark would draw packed crowds, generate boatloads of revenue, and be a fruitful opportunity to businesses that chose to invest.  But because they’re the Marlins, and Miami is Miami, which is to say the people are vapid, fair-weathered and have attention spans of narcoleptic goats, none of the beliefs have come true.

And people who were stupid enough to have faith in the Marlins, who actually sunk money into the organization, be it through season ticket contracts or business investments, have finally realized that things are not getting better, and are pulling out.  And the Marlins are suing as many of them as they can.

Sure, the Marlins certainly have legal ground to pursue these lawsuits, but from a PR standpoint, all casual viewers of the scenario are only seeing one thing: the big bad rich and powerful organization, suing the fans.

END_OF_DOCUMENT_TOKEN_TO_BE_REPLACED 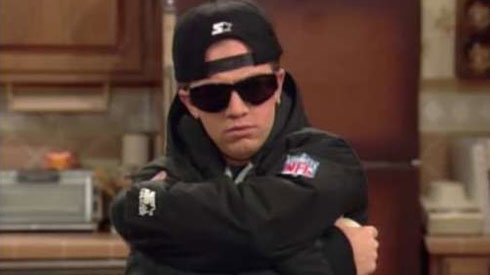 For the love that is everything holy, please do not green light the Married With Children spinoff.

I know it’s easy for guys like David Fausti–Bud Bundy to get caught up in the potential payoff from resuscitating the cash cows from their childhoods like Full House did with Fuller House, but there’s pretty much no way that a MWC spinoff can possibly work in today’s society.

Fuller Blouse House worked because the show was originally so squeaky clean and family friendly, that it’s a concept that can be regurgitated at any point throughout the history of time, and it would be socially acceptable.  Sure, it’s a little too lily white, but the underlying premise of the show is built around family values and living like paragons.  The show can be remade any number of times, with current localization not requiring too much effort, as long as the show revolves around families trying to live like wholesome families.

Married With Children on the other hand, as much as I was a fan of the show growing up, there’s no possible way that the humor could possibly fly in today’s thin-skinned, overly-PC and anti-bullying society we live in currently.

END_OF_DOCUMENT_TOKEN_TO_BE_REPLACED 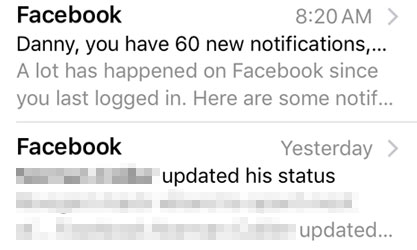 At the time I’m writing this, I still haven’t been on Facebook since the last time I said I haven’t been on it.  I think it’s been four weeks now.  Anyone astutely aware of my existence might notice the complete lack of activity from me there, not that I was ever really active in the first place, but combined with the fact that my brog is still down without any timeline of when it will be back up, and I may as well seem like I don’t exist anymore.

There was a part of me that thought about going Facebook dark until my brog gets back up, but given that I have a general understanding of what the current status is, that could be a little while.  However, I don’t really particularly feel like I’ve missed out on anything since I decided to shun checking Facebook outright, instead of fifty times a day like I found myself doing prior.

In a way, all the articles floating out there lamenting about the anxieties people occasionally feel by not being included in the things that their Facebook friends are blatantly or passive-aggressively boasting about doing, feels kind of true, because me not knowing about the things people are doing means I can’t possibly feel left out or excluded.  Not to mention that I’m not privy to those people out there who use Facebook as a means to vent about the mistakes they make with their lives or just to make poorly veiled jabs at mutually known people and to air out their slightly sweaty but not visibly dirty laundry.

END_OF_DOCUMENT_TOKEN_TO_BE_REPLACED 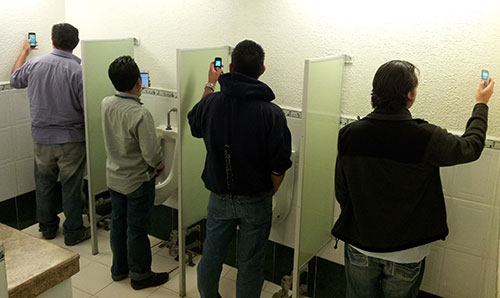 I’ve noticed a trend these days that I’m quite perturbed by: men who are looking at their phone while peeing at the urinal.

Yes, we are going to talk about bathroom behavior again.

And I’m not talking about speaking on the phone, but such a thing can be done somewhat less blatantly, by means of Bluetooth headsets, earbuds, or wedging the phone against your ear and shoulder.  Sure, the behavior is still kind of disheartening to see, and hear, but I’m talking about people who are looking down at their phone screens, and using their thumbs to scroll or swipe; while not looking down while they’re peeing.

At first, I thought it was a thing that I’d only see at work, I get it, there are people who are (trying to look) excessively busy that they simply cannot sacrifice 60 seconds to go to the commode without interrupting business function.  Those emails cannot wait the duration of a pee break, obviously.

END_OF_DOCUMENT_TOKEN_TO_BE_REPLACED 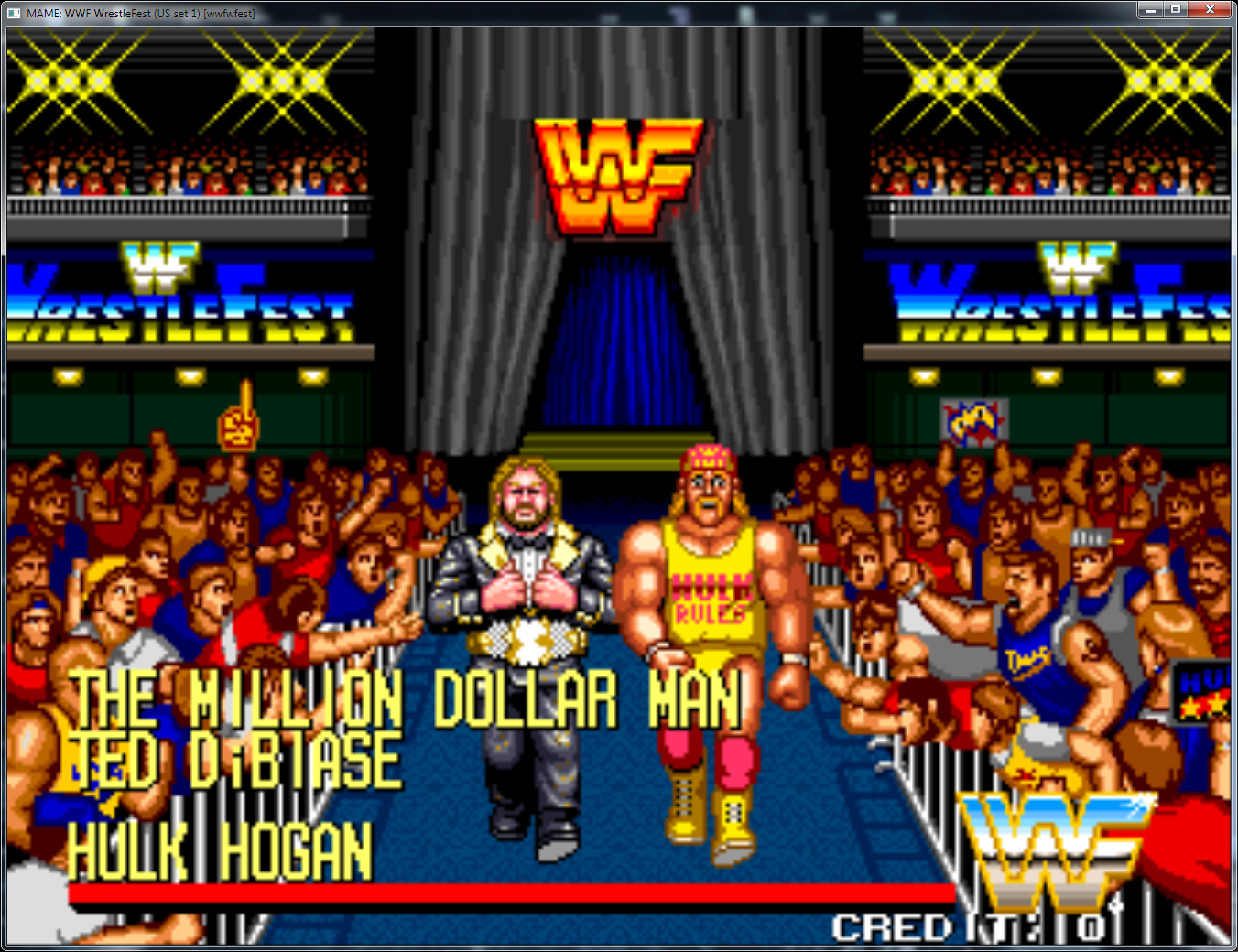 The enemy of my enemy is my friend: it is revealed that Peter Thiel, co-founder of PayPal and a really, really, really rich billionaire, has been secretly picking up the tab for the legal expenses of Hulk Hogan, in his ongoing battles against Gawker.

I know the Hulkster isn’t as Oprah-rich as he once was, due to a gold-digging ex-wife and a fuck-up of a son, but I would have figured he probably still had the connections and/or means to handle his own legal bills.  But never would I have expected this saga to have this kind of twist in the casting, with a tech billionaire in Silicon Valley funding Hulkamania in the battle of good versus insufferable.

Seriously, “Hulk Hogan” and “PayPal Billionaire” seem like two variables that had as much chance of associating together as a sea cucumber pairing up with an Intel processor.  But it is funny to see just how effective that having a common enemy can unite even the most unlikely of individuals.

Basically, among Gawker’s list of people they pissed off, Peter Thiel was among them.  A gay man, Gawker drew his ire when in 2007, they basically attempt to out him as a homosexual, when he was still in the closet.  Not that there’s anything wrong with him being gay, but I could understand how much it could suck to not being on your own terms, instead being basically extorted by a bunch of smarmy arrogant internet assholes.

END_OF_DOCUMENT_TOKEN_TO_BE_REPLACED 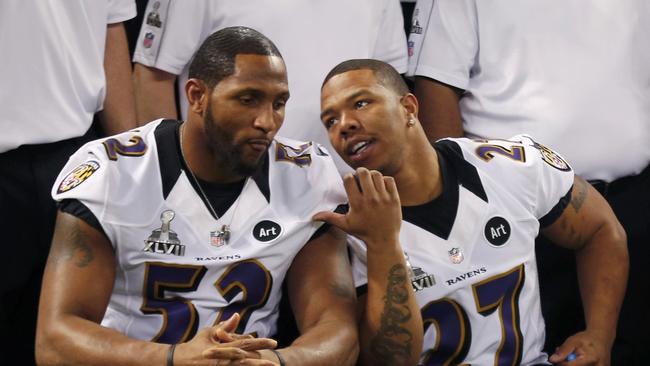 Because the Super Bowl will be back in Atlanta then, and the last time it was here, Ray Lewis murdered two guys.  And if Ray Rice remains under the wing of big brother, then we may as well start a dead pool of all the people who will probably “mysteriously” die during that weekend.

Seriously though, I know there are a lot of people who are excited for this news; they are called NFL fanatics, and corporate stiffs.  The NFL fanatics will be out of their minds with excitement at the biggest game of the year coming to their home, with aspirations of getting nosebleed tickets and all the potential for the scenes, celebrity and athlete sightings, and whatever else Atlanta plans on trotting out for the weeks leading up to, and ultimately the weekend of the big game.

The corporate stiffs are naturally over the moon with this development, because like most things involving the NFL, these rich people will inexplicably manage to get richer from this whole debacle, at the expense of the rest of the plebes that have the unfortunate misfortune of simply existing in their vicinity.

And then there are people like me, who not only couldn’t care less about the most overrated event in the world coming into my backyard, but is instead resentful about it, because I’m a grownup now, that pays taxes and has a general interest in things that might affect me, and I see through the bullshit and rhetoric spouted by sporting-related events and matters.

END_OF_DOCUMENT_TOKEN_TO_BE_REPLACED 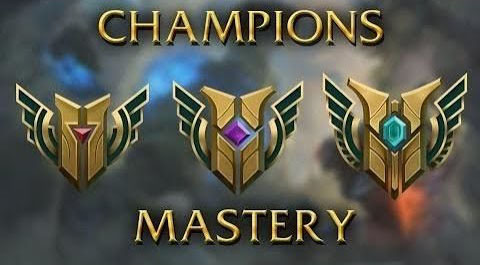 Since not all of my six readers are League of Legends players, much less gamers at all, I’ll try to kind of start with an analogy that those who have gamed at all within the better part of the last decade might understand.

Achievements, have become a pretty normal thing in today’s gaming landscape, with players getting little pop-up notifications in-game from their systems themselves, when they accomplish particular tasks in the games they are playing.  Ultimately, they’re utterly useless in the grand spectrum of most games, but their existence has created somewhat of a collecting hobby for those who game.

The point is, achievements have become somewhat of a point of bragging among gamers, and one of the greatest accomplishments is getting a 100% of achievements earned in games, because usually every game has a good variety of achievements from layups to Hail Marys.  As in the case of XBOX Live, players’ stats have a running tally of how many games they get 100% success rate on, and for players like me, it’s something to be prideful of, to be able to prove just how little of a life I can sometimes have, when I obsess over trying to Boomer Bile over all four survivors in one hurl.