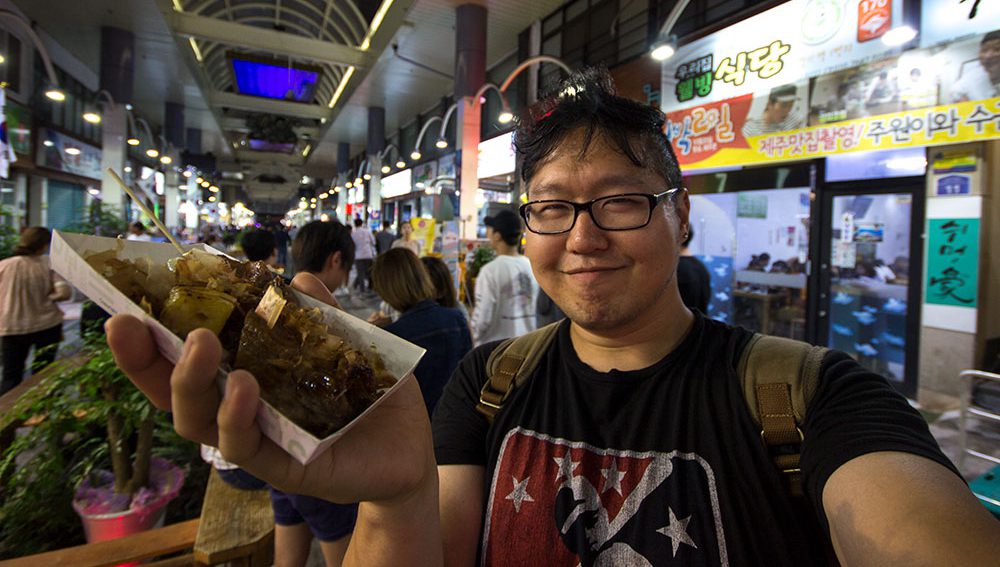 When I brought up the idea of going to Korea with my mom, to my mom, initially, the thought was to go see the Korea that my mom grew up in, see the place she called home, any sights and streets that she remembered from her childhood/upbringing, and maybe any restaurants that she might have remembered liking growing up.

It didn’t take long for my mom to dismiss all of that, stating that it had been 38 years, and there was little chance that pretty much anything of her past was still actually in existence.  I had a very 😐 face at this thought, but I understood.

Alternatively, my mom stated that she would, through a travel agent friend of hers, book us a tour package.  I expressed my concern and general disagreement with a tour package, because I typically prefer to not operate on itineraries and schedules, unless like, I’m getting paid to do so.  The freedom to explore and plan my own course is always preferable, but for whatever reason, my mom was insistent on a tour package.  The compromise was that we would have a few days before and after the tour itself to where we could explore Seoul on our own, which satiated my own want and need to explore and wander, so I agreed to do the tour group in the end.

So after four days in Seoul, we flew out to Jeju Island, the first stop on the tour.  I’ll be honest, I didn’t know much anything about Jeju; mythical gf was more knowledgeable about the place, based on the metric butt-ton of Korean dramas she watches, and it’s apparently the de facto romantic destination for Korean couples in them, but otherwise a tropical island getaway destination, often called “the Hawaii of Asia.”