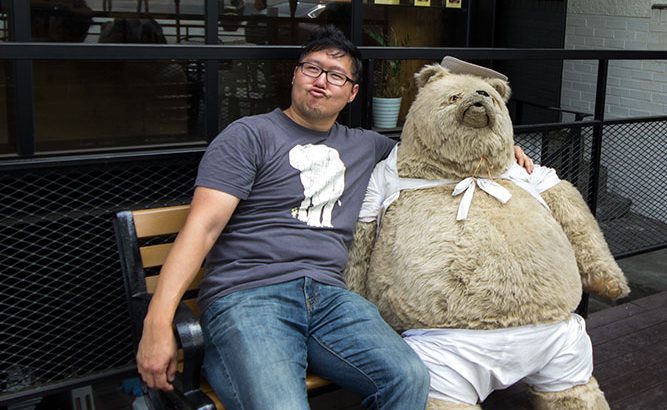 Frankly, I don’t much feel like writing lately.  I’ve been leaning on the crutch of trying to find an intriguing story to me with hopes of sparking some motivation to write, and opting to not force the issue and not writing anything if nothing emerges.  Otherwise, I haven’t felt particularly driven to write, and it’s safe to assume that when I’m not busy, have plans or something to do, I’ve kind of been in this depressed state of being, where my life simply kind of feels like it’s on hold and I’m not particularly happy with my life.

But as far as I can observe, that seems to be a general sentiment felt by many, as 2016 comes to a merciful close – not particularly happy.  Make no mistake, whether you believe a narrative can be conveniently encapsulated within a calendar year, or if it’s coincidental to be insulated within twelve particular months, 2016 was a pretty rough year.  Maybe it was because of the litany of celebrity deaths, from Prince, David Bowie to the seemingly endless coverage of Carrie Fisher.  Maybe it’s because of the election of a president that is a known bigot, sexist and racist and the dread of knowing that he will be in charge of the country for at least the next four years.  Maybe it’s the ever-growing dredge and pessimism and ‘if it bleeds it leads’ mentality of the media and the social shitstorm it brews over social media, leading to this endless cycle of negatively connoted news we’re incessantly exposed to.  Maybe it’s because in our own personal lives, we’ve dealt with loss, bad news, or diminished feelings of hope for the future at the home front.

Or maybe it’s a little bit of all of the above, or any combination of such.  Who really knows, but it goes without saying that for most of the people in my own little world, the negative outweighed the good by a tremendous margin, and that notion in itself is why I’m one of the many that is looking forward to 2016 ending, and hoping that 2017 might just be a little bit better.

END_OF_DOCUMENT_TOKEN_TO_BE_REPLACED 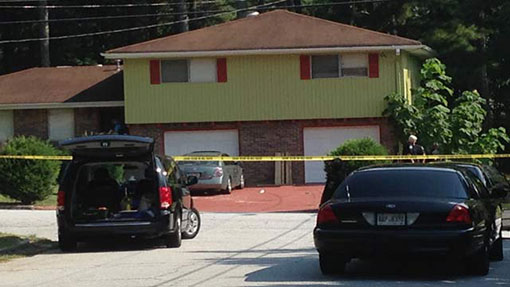 Occasionally, I like reading Curbed.  Sure, the writing is a little biased, the commenters are amongst the most pretentious on the planet, but sometimes, it’s a nice way to see other neighborhoods and parts of town that I might not be so aware of.  At the end of each year, Curbed does this thing called The Curbed Cup, and they like to poll readers to determine, what the best neighborhood in the region is.

Previous winners in Atlanta aren’t any real surprises; Inman Park, Old Fourth Ward, Kirkwood, Reynoldstown; these are areas rife with pretty successful gentrification and are appropriately densely packed with hipsters, new money, and hipsters with new money.  Last year’s winner was a little bit of a head-scratcher; the West End, which to anyone who isn’t familiar with the area, it’s basically the region of town that is literally on the other side of the tracks, that is full of blight, crime, unoccupied and dilapidated homes and more crime.

There’s no denying that the potential of the West End is grandiose if it could ever actually be successfully cleaned, reset, and developed appropriately, as it sits on a lot of prime real estate that the burgeoning Atlanta real estate market would salivate over, if it were remotely usable.

But anointing it as the best Atlanta neighborhood of 2015 was quite the head-scratcher, and I would wager money that bloggers and snarky internet commenters could write essays on how great the West End is in their opinion, but they wouldn’t be able to say NO fast enough, if they were asked if they would actually live there.

That’s the kind of place the West End really is.

END_OF_DOCUMENT_TOKEN_TO_BE_REPLACED 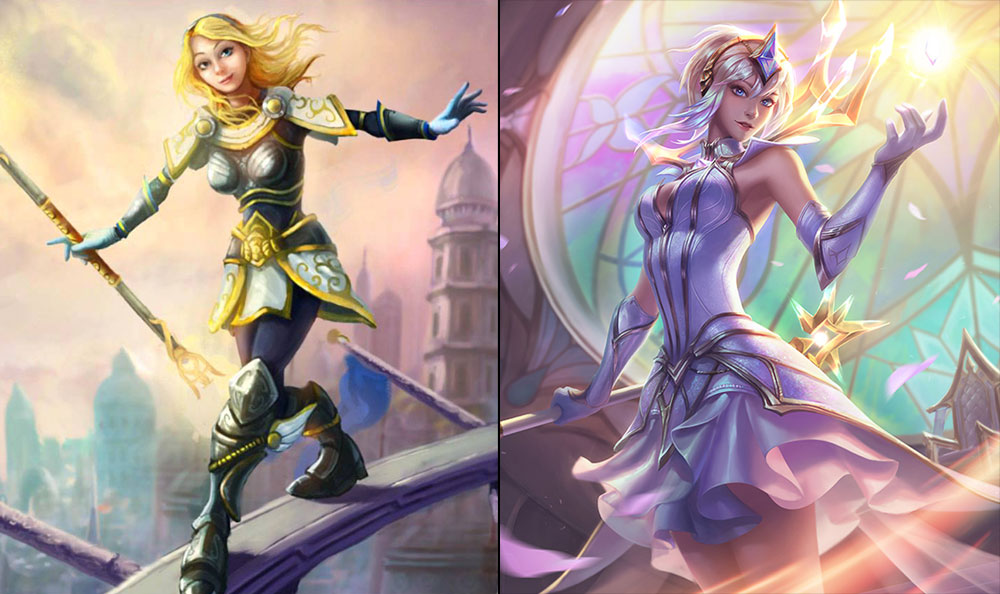 One of the numerous memes out there within the League of Legends community is that people play X champion because of new skin.  It doesn’t exist without a degree of truth behind it, as the years have shown us, even the most irrelevant champions can benefit in pick rates if they’re given a new coat of paint (Heartseeker Ashe, Devil Teemo), but not all of them can be winners either. (Slayer Pantheon, any Worldbreaker).  Regardless, it’s safe to assume that if you see an overzealous insta-lock of a particular champion that just got a new skin, they will undoubtedly perform poorly and are playing for no reason other than to show off their skin.

This goes doubly and triply for temporary game modes where the games are shorter, but the luxury of being able to select one’s own champion is still available.  Needless to say, I’ve enjoyed playing Poro King over the last few weekends, since it’s been helping me rapidly boost my mastery rank with champions like Maokai, Skarner and Fizz, but it’s not lost on me that there’s an inordinate number of people playing Lux in the vast majority of these games.  Sometimes on my team, sometimes on the enemy team, often times on both, I’ve seen a few good ones and way more bad ones, but almost in all cases, they’re using the brand new Elementalist Lux skin (above, right), and I’m under the impression that most are playing her not because they believe she’s a smart pick for Poro King, but they just want to use the new skin.

Personally, I think Lux is a poor choice for Poro King because although she provides decent crowd control and a little bit of wave clear in her ult, she’s a shit duelist if you can get up in her face, and is useless if she’s ever facing more than one enemy and will concede every objective.

But let’s not let those important factors factor in when it comes to choosing a team component, because that new skin is just so damn pretty.

END_OF_DOCUMENT_TOKEN_TO_BE_REPLACED 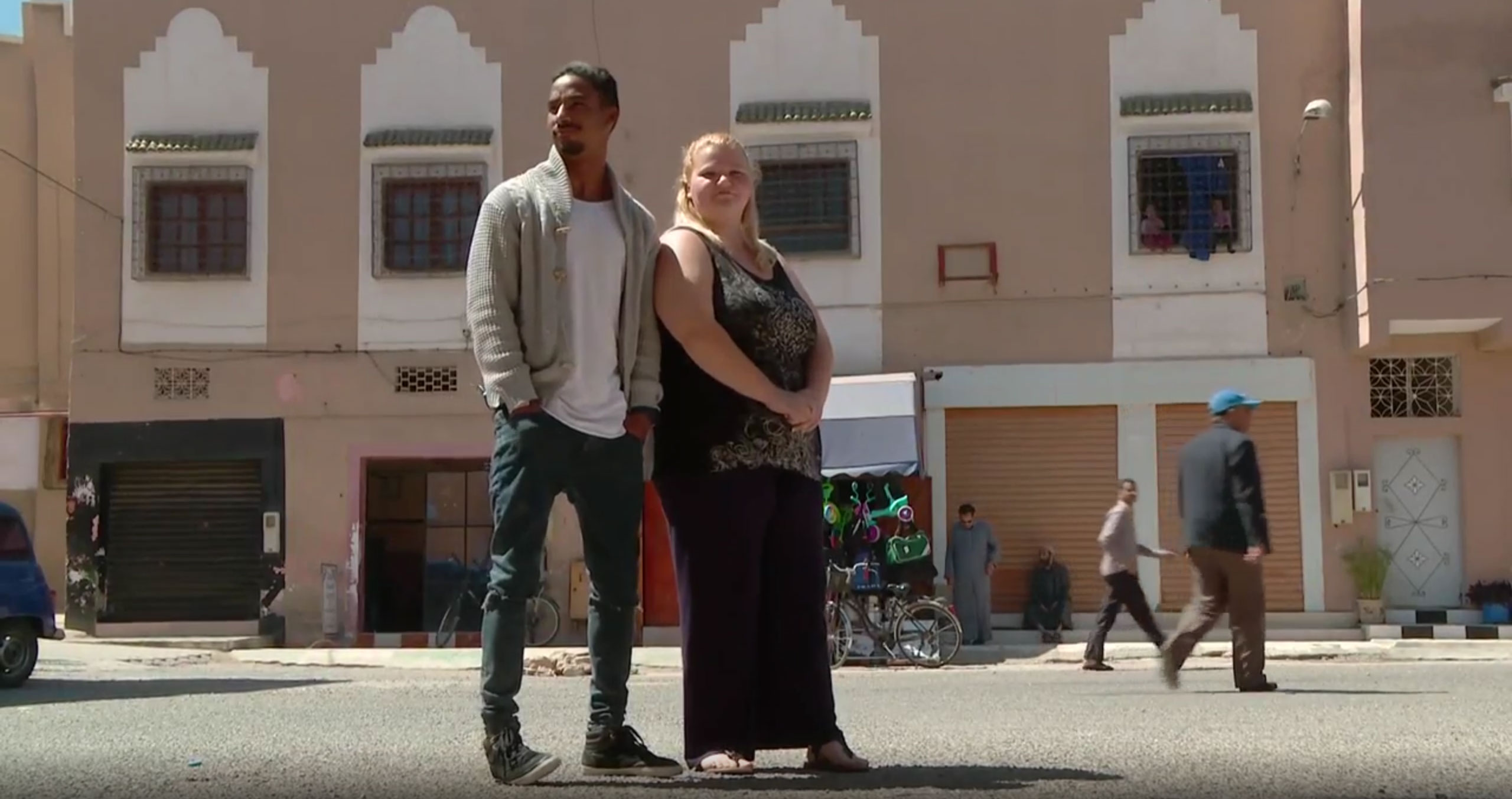 But it looks like we’ve finally got the failure to launch that I’ve been pining for since the series began.  Listen, I don’t know when the show actually aired, because watched the entire season via TLC GO at my own leisure, and I don’t know if anyone other than me actually cares about the show, but damn it, I just finished it, so here we stand with me writing about it, for a brog that is still down for eight months going.

Anyway yeah, I’ve been hoping for a failure since the show started.  The show has always kind of had a particular dynamic, with almost a formulaic dichotomy of couples each season, with there being at least one layup of a couple that would make it to the altar with minimal disruptions, but everyone else would have varying degrees of obstacles and hangups that left viewers wondering if they would make it.

Eventually, it became apparent by season 2, that for the sake of television, the success rate for all couples was extremely high, as frankly no couple wanted to be the couple that failed for television, and by the time season 3 wound down, I was pretty resigned to the fact that every couple was going to make it, regardless of what might happen after the cameras stop rolling. No matter how unlikely the compatibility between Mike & Aziza or Jason & Cassia seemed, they were going to make it.

END_OF_DOCUMENT_TOKEN_TO_BE_REPLACED 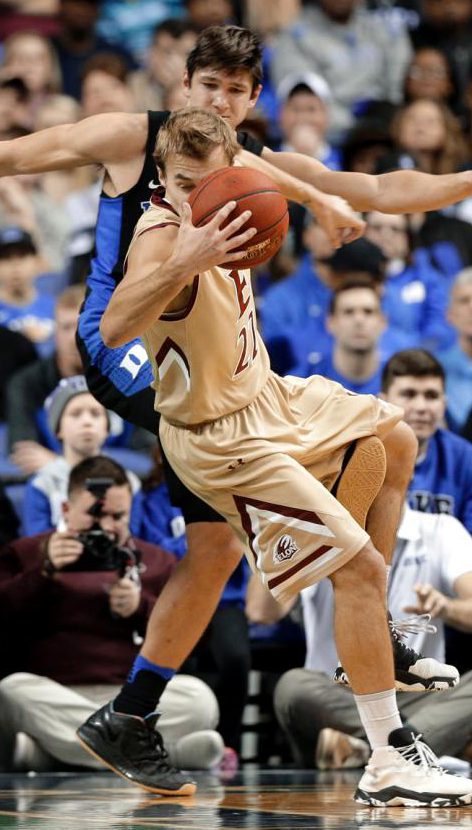 Impetus: Duke basketball player Grayson Allen suspended indefinitely by the team for intentionally tripping Elon player (and then proceeding to throw the biggest temper tantrum this side of Christian Bale)

What is the risk when a college basketball player deliberately trips another player on a hardwood court?  Broken bones, contusions, concussions, among other types of injury.

What is the risk when an ordinary citizen deliberately trips another ordinary citizen on the street, in a hallway, at the store, at school, or any other location?  Broken bones, contusions, concussions, among other types of injury.

The difference is that when a college basketball player does it, although it is seen on television and by thousands of spectators, they get a whole lot of scrutiny, criticism, disdain and blown up on social media, but when an ordinary person does it at any other ordinary location, they are classified as committing assault, and are subject to arrest, among other criminal punishment.

It goes without saying that this sort of double-standard is troubling as far as society is concerned.  Just because Grayson Allen is a talented basketball player for one of the most recognized sporting teams in its entire sport doesn’t mean he shouldn’t be punished like an ordinary citizen for his dangerous actions.

END_OF_DOCUMENT_TOKEN_TO_BE_REPLACED 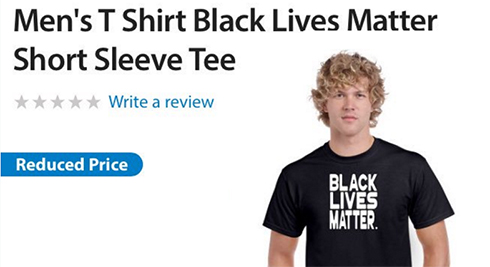 This is funny to me: Public outraged over Black Lives Matter merchandise being sold on Walmart.com

For me, the funniest thing about this entire thing is that when seeking stuff online like the t-shirt, it’s the auto-population on the website that displays a BLM shirt on the guy from The Blue Lagoon.  He looks like about the last guy on the planet that would want to be seen wearing a BLM t-shirt, much less be immortalized on the internet as a victim of shitty code and lack of creativity and be screen grabbed as a fervent supporter of such “a terrorist group.”

END_OF_DOCUMENT_TOKEN_TO_BE_REPLACED 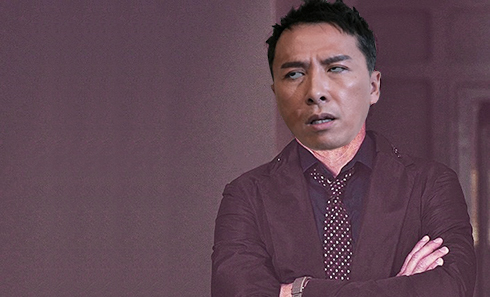 This is the face I imagined Donnie Yen making when being told that his character was going to be basically a blind martial artist.

Disclaimer: I will not give away any Rogue One plot, but I make no promises that I will not state any character characteristics.  But who are we kidding, you’re not going to actually even have the chance to read this until my brog is back up, which really might be never.

To cut to the chase, mythical gf and I went and saw Rogue One on “opening night.”  Frankly, I’m not thrilled to have to shell out $40 for movie tickets that cost more than a home edition would be, but we live in a world that puts importance on immediacy, mostly because people on social media don’t know how to shut the fuck up, and not seeing things the very moment they’re released leaves one subject to the litany of spoilers that internet blabbermouths are inevitably going to barf out as soon as their fingers reach any sort of keyboard.  It also sets the bar extremely high for me to feel like a movie is remotely worth the cost of admission.

Rogue One was an entertaining movie.  I found it enjoyable, and nowhere near as bad as anything with Jar-Jar Binks in it.  It wasn’t $20 admission-per good, but honestly short of live performance and/or sports, I’m hard pressed to think of many things that are.  But I feel like there was an evident amount of care put into the movie that made sure to act as an appropriate addition to the franchise while not stepping on the toes of existing canonical storylines, while executing creative ways to tie existing plots together.