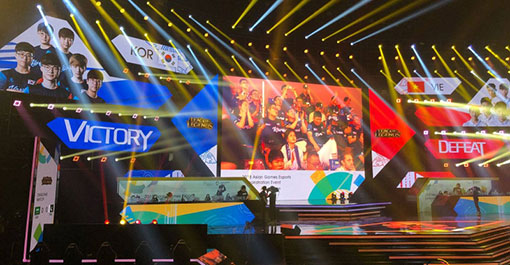 It begins in Asia: Video games will soon be a medal sport in the 2022 Asian Games

To all you non-Asians, the Asian Games are kind of like a mini-Olympics, but exclusive to, you guessed it, Asia.  There are all sorts of athletic competitions performed at the Asian Games, from baseball, judo, wrestling, weightlifting to gymnastics and ping pong, much like the Olympics.  It’s a very big deal, because it’s not as exclusive as the Olympics can be, so it really gives smaller, lesser-heralded Asian countries opportunities to represent themselves, and it’s where some of the larger countries like Korea and Japan can flex their advancement without competition from the Western world.

But anyway, news comes from the East that by the 2022 Asian Games, eSports might be a category in which countries can participate in.  As in video games; teenagers playing video games featuring characters that are usually athletic to compete against other teenagers playing as athletic characters.  But video games, for actual medals and actual national honors and prestige nonetheless.