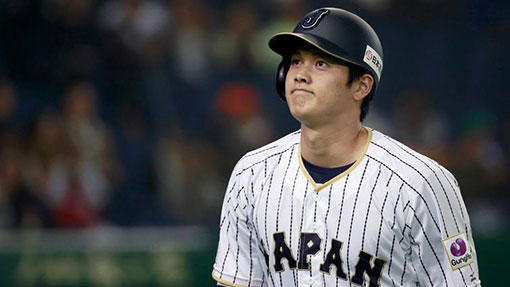 See also: Shohei Ohtani, who basically tanked all potential earning leverage by showing his hand that he does not want to play on the east coast, thus eliminating the deep, deep pockets of the Yankees, Red Sox or Mets from contention of acquiring his services.

I sure hope he’ll be happy winning no more than 87 games a year for the Seattle Mariners for the next 4-5 years, because that’s pretty much the only team remotely close to checking off of the majority of the lengthy number of prerequisites his camp has provided to MLB teams.

Sure, the current MLB collective bargaining agreement has killed off the days of guys like Daisuke Matsuzaka and Masahiro Tanaka getting Oprah-rich as soon as they arrive in the United States, but it’s still a really stupid move for Ohtani’s camp to so quickly eliminate the biggest spenders from contention, just because their client has some preconceived preferences already in place.  There’s still tons of deferred and hidden money and perks on the table that teams from New York or Boston could have been used for to offer up to create leverage and raise the stakes from other teams.

It’s almost like nobody on Team Ohtani has ever bought a car in their life or something.  You never reveal what your true intentions are, and most certainly never show your hand, until the best possible offers are on the table, and then the next round of negotiations can begin with increased wagers.  Once the best shit is out in the open, the buyers can make up whatever bullshit they want or be as transparent as they want to start revealing their end game, but by then, it doesn’t really matter once the offer sheets are printed and presented.