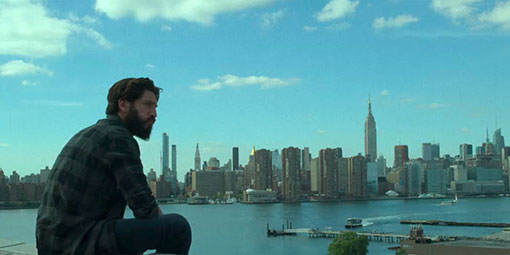 One of the good things about getting snowed in for most of the weekend was that it gave me the opportunity to sit on my ass and do nothing but watch television that I’d started to fall behind on.  But who am I really kidding, snow or no snow, sitting on my ass and doing nothing but watching television was already kind of on my agenda regardless of the weather outside, but it does sound like the snow was a convenient excuse to do such.

Anyway, I took the opportunity to start and finish the entire Punisher series on Netflix.  And much like several of the Marvel properties that preceded it, I have to say that Netflix has once again managed to take a fairly one-dimensional character, and make a watchable and fairly compelling season of television out of it.

I’m not going to pretend like I was a huge Punisher fan, really.  I always thought he was kind of an outlier in the Marvel Universe, since he wasn’t a superhero in the sense of having any powers or abilities, but instead more like an extremely well-armed vigilante with a death wish that actually killed people on a regular basis.  He was loosely separated by only a few degrees from bigger players, with associations to Nick Fury, Matt Murdock and the Kingpin, which puts him in remotely the same neighborhood as Spider-Man and the Avengers, but at the same time, Frank Castle wasn’t the kind of guy we’d expect to see in any major events or crossovers.

Seriously, what would Frank Castle contribute during the Infinity Crusades?  Weapons?  Tony Stark among others has that covered.  Micro’s hacking expertise?  Reed Richards and Ant Man, as well as again Tony Stark, probably have computers way better than Micro’s cache of 486s, much less his downfall when the wifi is unplugged.  I’m pretty sure Thanos with his power over, everything, wouldn’t even notice a trigger-happy psychopath with a glock when Thor and Hulk are trying to flank him.

However, the Punisher beat-em-up arcade game Capcom released in 1993, that used the same old Final Fight engine that 20 other games used was still pretty fun.

The point is, the Punisher was always a property that I thought was really out of place in the Marvel Universe, but he still existed so that storylines of New York-based superheroes could get dark and broody from time to time.