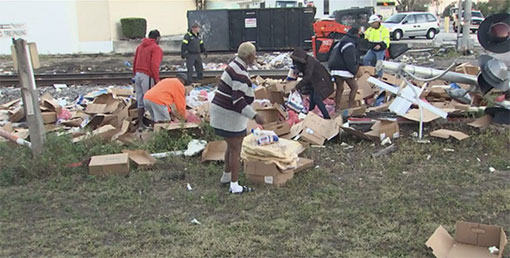 Lakeland, Florida – a semi stalls on train tracks, and is decimated into two pieces when a CSX train plows into it, sending its cargo consisting of a variety of meats flying all over the place. Fortunately, nobody was hurt, and a lot of people went home happy after scavenging the remains for free meat.

So obviously this isn’t a story of a tractor trailer overturning on the highway, nor did it happen in the state of Georgia, typical criteria in which I try to integrate these stories into the highway buffet.  But a train slicing a stalled semi full of meat into two pieces??

Talk about a chaotic story.  Sure, it sucks for those involved in the accident, from the truck driver to all persons on the train.  But thankfully nobody was hurt, which means the rest of the story is fair game for ironic humor and criticism.

END_OF_DOCUMENT_TOKEN_TO_BE_REPLACED 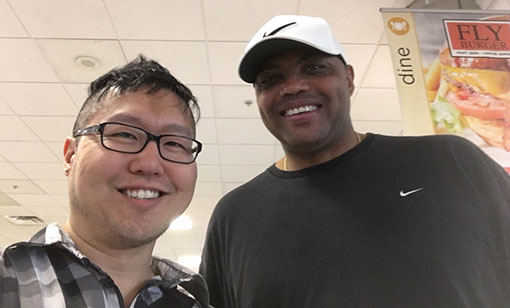 I can’t believe that I’m writing about politics twice in the same week, much less about the dumb state of Alabama, but this is something that I grew remotely intrigued about as the story transpired.  Honestly, despite the fact that to like-minded people, the battle between an accused sex offender versus a not(yet accused)-sex offender should seem like a layup victory for the morally superior, I actually would have put my money on Roy Moore.  Because, the country I live in has repeatedly demonstrated a sheer lack of decent human values in favor of blind misguided political fanaticism, and I would never have imagined a state like Alabama of all places would have been one capable of snapping out of the tragic pattern.

But I was proven wrong.  It’s not often in which I like this result to be the case, but for the sake of the greater good I believe is needed, I’ll take this L with a modicum of relief.

Naturally, despite the fact that it was a battle between an accused sex offender and someone who has yet to be accused, it still ended up being a race tighter than Mariah Carey’s workout apparel, with a margin of victory allegedly less than 2% for Jones.  Meaning despite the fact that Roy Moore had been drug through the mud and accusers popping out of the woodwork claiming sexual deviancy, over 49% of educated Alabama voters still voted for the him to represent their state in Washington.