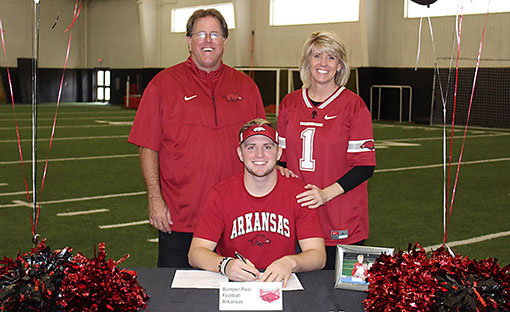 Bumper Pool has decided to commit to the University of Arkansas.  In other news, there is a person whose name is “Bumper Pool.”

Frankly, I would never have come across this story if not for the fact that the Atlanta Journal-Constitution has basically turned into an auxiliary SEC football website.  Don’t get me wrong, I’m a fan of college football as much as the average Georgian male is, but shit Tyrone, can we have a flagship newspaper whose website actually covers, the news?  Instead of endless articles about college football?  And not just exclusive to football in the state Georgia, or to the SEC, we’re getting fucking articles about Arkansas football too?

Not going to lie, I’m green with envy when I think about all the major markets in the United States that have large, reputable newspaper companies that actually cover major, relevant local news.  The New York Times, the Washington Post, the Chicago Tribune, the Los Angeles Times; and even sources like the Boston Herald or the Miami Herald have more credibility than the fucking AJC.

But I’m sidetracking here (shocker), because if not for the fact that the AJC can’t stop talking about college football, I would never have found a story like this to write about in the first place – a kid named “Bumper Pool.”