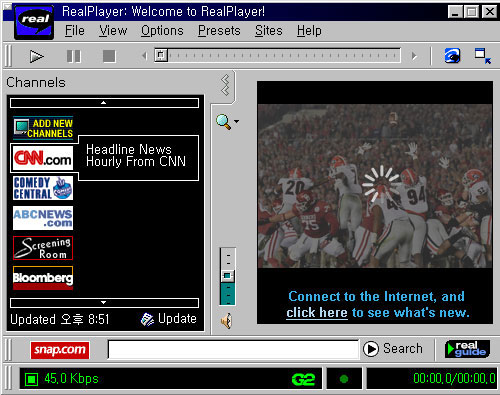 During New Year’s Eve, a friend of mine and myself spent an inordinately long time trying to figure out how we could get a livestream of the Dick Clark Rockin’ New Year’s Eve or whatever it’s called special, on ABC.  Apparently, it’s not as simple as going to ABC’s website and clicking a button that says “LIVE” on it anymore.  Far from it.

Even entering in valid credentials for a cable subscription results in no progress on the ABC app, or on the ABC website.  A little bit of research revealed that Atlanta is one of countless major markets in the continental United States that have yet to be authorized live feed permissions, and that there are maybe fewer than twenty cities that actually do.  How an American network as large as ABC can justify being available to so few markets over the vast and global world wide web is completely beyond me, but the fact of the matter was that we were striking out fast on being able to get the Dick Clark NYE, because this particular friend, like many, have cut the cord and does not rely on cable or network television.

We even tried IP cloning, to make it look like we were pinging from some of the authorized markets, like Chicago or New York, but apparently, ABC is smarter than we gave them credit for, and seemed to be able to detect something was amiss by constantly erroring us as trying to access from outside the country.

Needless to say, Dick Clark’s NYE wasn’t going to happen, and the girls who demanded it would be denied seeing the supposed live performance by BTS.