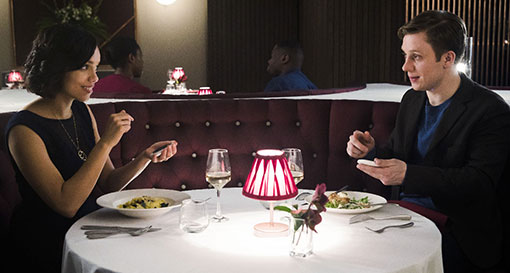 It’s only six episodes, and I am already finished with all of them.  Lord only knows how much longer it’s going to be until there’s another season, and even still, new episodes are going to have to be written and filmed and edited and this is maybe one of the only flaws with entire seasons being dropped on Netflix, when you get engrossed in something and blow through it in just a few sittings, you’re left feeling empty and unsatisfied at the prospect of there being no more on the horizon.

Anyway, I was super excited when I heard that Black Mirror was coming back for a fourth season, so I gave it the excitement treatment: avoiding absolutely anything and everything about it until the date it released, so that I could be completely blind and have zero preconceived notions going into it.  Frankly, I don’t think there’s any way to possibly enjoy things any more than doing that, because just about everything gives way too much information away.

In short, I enjoyed season 4.  The show invariably had the challenge of producing fresh content despite being four seasons in, and I think the challenge proved to be such at times, but overall by the time I had gone through all six episodes, I was left with a feeling that I was sad that there was no more, and wishing that there will be more in the future, sooner rather than later.

I do think the season started off with a bang, with USS Callister, an absolute marvel of an episode that was a spectacular blend of a good story, excellent acting and really stellar visuals, with the definite homage to old episodes of Star Trek.  Contrary to the start of the entire series where there’s a fairly unanimous agreement that The National Anthem was a terrible way to start the series, season 4 definitely hits the nail on the head by starting out with their best episode first.