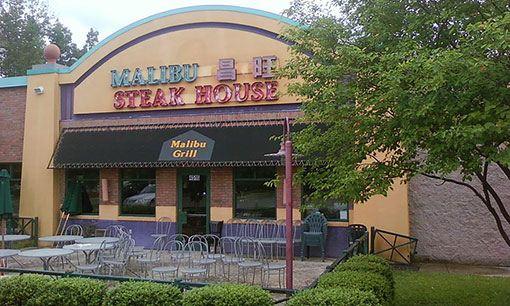 Fun fact: my first ever job, as in real W-2 actual paycheck with taxes deducted from it job, was at a Bertucci’s, as a bus boy.  I had just gotten my license, so I was told to get a job immediately, and considering that I wanted money, I was more than willing to comply.  I applied just about everywhere, and Bertucci’s was the place that pretty much hired me first, so it was there did I get my feet wet in the official working world.

I learned about Friday dinner rushes, shitty management, asshole servers who lied about their tip reporting in order to short the tip out to the bussers, that dishwashing paid better than bussing and kept you away from the customers, and that in the food service industry it’s everyone versus management amid the patrons.

It was similar to Waiting… the film, long before the film ever came to fruition.  Despite the fact that I knew how often they lied on their tip declarations, thus screwing me out of my share of tips, I had a decent relationship with several of the servers, one of whom died while I was working there from a hard-living life of alcohol and obesity while not at work (he fell down some stairs to his death).  But we all hated the managers, Larry (the Fairy (he wasn’t gay (I think)), just kind of fruity) and the asshole assistant manager named Enio who blatantly tried to short peoples’ pay, probably stole tips, and was just generally a piece of shit, and it was through this unity that made work not suck all the time.

Either way, I worked there for three months, saving up money for Anime Expo 1998, and then the Sunday before I left for California, I got a frantic phone call from Larry the Fairy, demanding that I come in to work, despite not being on the schedule.  At the time, I was sharing a car with my sister, and she had it and was out, not to mention that I didn’t want to fucking work on a day I wasn’t scheduled for, so I explained that I had no car, and thus could not come in.  Larry the Fairy yelled that I needed to come in regardless and hung up on me, and I shrugged and sat back down at my computer and didn’t go in to work.

Two weeks later, I rolled into Bertucci’s for my Saturday shift, and didn’t see my name on the calendar, or any other future dates.  I asked Larry the Fairy what was up, and he brusquely told me that my no-showing my unscheduled demand to come to work was interpreted as my resignation from employment.  I kind of scrunched my brow, but remembered that working at Bertucci’s absolutely blew and just said “okay,” went into the office to get my last paycheck, and walked out without any shits left to give.