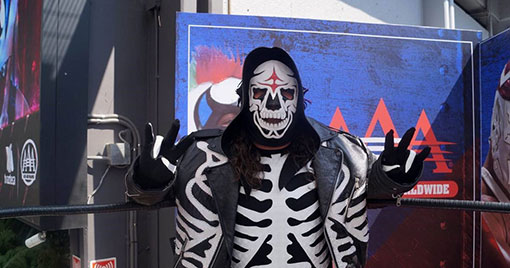 (spoken in the same manner in which Rorschach says “tonight, a Comedian died in New York”)

I have mixed feelings about this whole situation.  A La Parka died in the ring tonight, but it was confirmed to not be the La Parka that made me a La Parka fan in the first place.  It was in fact La Parka II who dove out of the ring at an AAA show in Mexico, crashed in the guardrail, broke his neck and later died.

No loss of life is ever not tragic, but at the same time, it wasn’t necessarily the death of the guy that I was actually a fan of, which puts me in this awkward emotional state of where I hear news that “La Parka died,” but there’s always that explanation that it wasn’t the original La Parka that I really loved.

There’s still that emotional surprise of seeing the words that La Parka died, but when I read the explanation that it was actually La Parka II and not the chairman of WCW, and there’s this almost guilty feeling of relief that it wasn’t original La Parka.

I actually didn’t know that there were two La Parkas out there, and this kind of goes back to this joke my friends and I had in high school of how there were always myths that there were multiple Ultimate Warriors, and that they came from a Mayan temple in Parts Unknown that whenever one warrior died, another would remove his robes and sprint out of the temple and begin his own reign as the next Ultimate Warrior.

The difference is that there actually were two La Parkas, and it was a little fascinating reading about how it came to be, primarily stemming from a disagreement between wrestler and promoter, and then the promoter realizing just how easy it is to replace a masked wrestler in the first place.

Either way, I’m still sad that a La Parka died at all, even if it wasn’t the La Parka that would definitely warrant a longer eulogy in the brog.  In a way, La Parka is more than just an ordinary man, proven by two different men who took the mantle and were stars simultaneously, in different parts of the world.  And it’s only a matter of time before an el Hijo de La Parka shows up and starts blending the lucha flying of La Parka II with bashing guys with chairs from the original La Parka, and sets the wrestling world on fire. 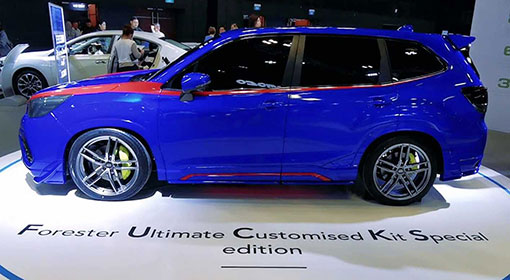 A long time ago, there was a guy my then-group of friends knew that got a Subaru Impreza.  He was one of those guys that at the time, nobody really cared a tremendous amount about, but nobody really had the heart to tell him to fuck off.  Plus, as long as he felt included in the group, he could always be relied upon to bring food and/or snacks to any sort of arranged gatherings.

Anyway, aside from the fact that he bought an automatic transmission, we often passive-aggressively clowned on him for his car, because that’s what a bunch of Initial D-inspired auto enthusiasts did amongst each other.  Other points of ridicule were how he got his car literally months before the WRX was unleashed, how he got a huge speeding ticket in Pennsylvania for driving like a retard, and the time he wrecked because he thought AWD made him invincible.

My favorite method of trolling him was that I often times told him that he made a mistake getting an Impreza, and that the real coup of coolness would’ve been if he had gotten a Forester instead; the Impreza’s dorky but more utilitarian older brother.  Sure, the Forester was definitely more of a family car, but it was always fun to glorify the cargo room and the utility of the Forester over his Impreza.

The best was when we discovered the existence of a Forester STI, that Subaru released overseas, which was a jacked-up high-performance variant of the Forester, which not only retained all the utility of the original Forester, but had all sorts of performance upgrades that made it like two classes above what this guy got in his automatic Impreza.  That’s the car he should’ve gotten instead.

Needless to say, since then, I’ve always carried somewhat of a positive connotation with the Forester, even if it stemmed from ironic, griefing purposes.