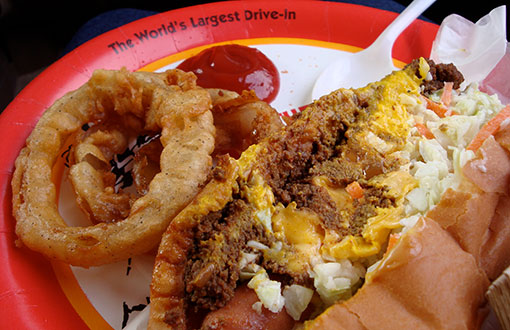 Chick fil-A. Waffle House. American Deli. The Varsity.  Four Atlanta-born restaurants; if you had to kill one, which one would it be?

I think it’s safe to say that Chick fil-A and Waffle House are immediately safe.  Jesus’s chicken, although I would still slot it underneath Bojangles, still has the greatest app in the history of apps, and its ease of use probably drives more Chick fil-A visits than the average fast food joint for me.

Waffle House also holds a special place in not just mine, but should in just about every breathing human being alive.  Whether it’s the garbage food that always hits the spot, the fact that they’re never closed, or the stories of interesting characters we’ve all seen, there’s absolutely no reason at all to even consider Waffle House for the chopping block.

Now American Deli, I had no idea was even started in Atlanta, much less considered remotely respectable to even be put into this competition.  I always associate American Deli’s as food options always seen at the sketchy mall or shopping center, and that in spite of the “American” in the name, I don’t think I’ve ever once seen someone that was probably born in the United States actually working at one.  The menu is homogenized and overpriced, and there’s never an instance where there’s not a better option available around one.

Which means The Varsity has to fucking go.  Honestly, this really shouldn’t even be a debate.  The Varsity is pretty much the worst food available in the entire city of Atlanta and the state of Georgia.  I mean look at the food in the picture above; I’m pretty sure I could have a bowel movement onto a bun and it would look more appetizing than that trash.

END_OF_DOCUMENT_TOKEN_TO_BE_REPLACED

Not long after the new year, I was laying in bed surfing around on YouTube on my iPad, and eventually I came across this video where a guy did 100 push-ups every day for 30 straight days.

He did the smart thing and took measurements of his chest and arms on day 1, and then the video is a montage of him doing push-ups in a variety of ways, and a sub-challenge within the month was that he had this goal of doing 50 straight push-ups, which he eventually accomplished 20-some days into the journey.  Eventually, after 30 days, he measured his chest and arms, and there was some gain size, which was ultimately the goal.

END_OF_DOCUMENT_TOKEN_TO_BE_REPLACED

On the night of the Oscars, I didn’t bother watching any of it, despite the fact that I probably would’ve been happy enough to see Parasite clean up the awards for Best original screenplay, director and international film.  But there was no way I figured it was actually going to win Best Picture, because Hollywood is Hollywhite, and I would have bet money that the award was going to go to like The Irishman or Marriage Story instead.

So color me surprised, when settling into bed, I looked at my phone to look at the news before turning in, and seeing that Parasite actually did the improbable, and won Best Picture.

However, after the initial pleasure of Parasite’s victory wound down, I naturally began thinking skeptically about the whole thing, and wondered what agenda there could be to awarding the most prestigious award in film to Parasite.  Naturally, the number one agenda is Hollywood taking a stab at trying to debunk the notion that they’re Hollywhite, and actually giving a major award to some colored folks; among the film industries in non-white cultures, Korea and India stand out, so perhaps giving the nod to a Korean film is the lesser of available evils, since us Orientals are widely accepted in white people-land while Indians are kind of brown and white people hate brown people.

Passive-ironically, I like to believe Hollywhite is tired of all the endless bitching from critics, pundits and SJWs about how white-washey they are, so they’re conducting something of a social experiment where they finally gave Best Picture to a foreign film, to see if the talking heads will shut the fuck up.  The ball is kind of in the court of the talking heads to see if they’ll now bitch about there not being enough black representation, or transgendered performers or any other maligned demographic, but then the narrative becomes that the masses just want something to complain about, but white-washing can’t necessarily be one of those things anymore.

END_OF_DOCUMENT_TOKEN_TO_BE_REPLACED

This is actually an idea that’s been rattling around my head for a while now, but just very recently did I get the motivation to actually bring it to fruition.  Maybe it’s because I recently went to my very first New Japan Pro Wrestling show, and even in spite of the mass departure of all the guys that ended up birthing All-Elite Wrestling, Bullet Club remains as relevant as ever, even if it’s sort of kind of beginning to feel like the nWo black and white after Hogan and Nash basically imploded the entire faction.

The point is, Bullet Club started to become kind of lame once it reached peak popularity, and much like the nWo, hit a level of where it began saturating so much of NJPW, it was basically the only thing you saw fans gravitating towards.  Suddenly, the whole world’s wrestling fans all started becoming huge Bullet Club marks, and it wasn’t that they were fans of NJPW, it’s just they were fans of this idea that didn’t originate in the WWE, and it was cool to like wrestling things that weren’t WWE.

And in my own little head, when things become too popular, they become lame, and I barely had any time learning about Bullet Club before I began thinking they were so popular, that it was nigh impossible for them to live up to the hype that the collective internet had put them on a pedestal with.

A year or so ago, I went to Dallas, and with my brother, we went to a Ring of Honor show.  Back in like 2012, I went to an ROH show in Baltimore, and it was an enjoyable experience seeing a lot of talent that I’d never seen before and just witnessing a brand new scene, very different than that of the WWE crowds that I have little desire of going to their shows anymore.  So I had high hopes that this ROH show in Dallas was going to be as good as my first time.

END_OF_DOCUMENT_TOKEN_TO_BE_REPLACED 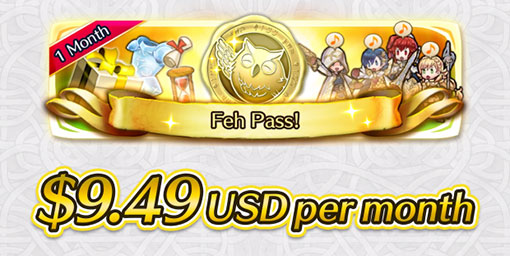 When I first heard that Fire Emblem: Heroes was introducing a monthly subscription “Feh Pass,” my initial reaction was more like, not mad… just disappointed.

I mean, there’s little reason to get mad about a gatcha game introducing more ways to make more money, because when the day is over, the ultimate goal of every gatcha game is to make money.  But like most F2P mobile games I ever come across, my goal is to always spend as little or no money at all.  At the very moment I’m writing this, I’ve played both Pokémon Go and Fire Emblem: Heroes consistently since their respective launch dates, and I’ve spent approximately a total of $14.99 in total.  Yet, I’ve gotten tons of enjoyment and have pretty stacked accounts in both games, mostly out of longevity, but the point is that I haven’t spent much money but still gotten just about all that I’ve wanted from them.

FEH has always kind of had kind of a pay2win methodology available at all times prior to the introduction of the Feh Pass, but it was still required to have some skill in the game’s mechanics, as well as the luck of the draw of actually getting the random characters that you’re aiming for.  But the Feh Pass, by virtue of giving those who pay for it an actual statistical stat boost, now un-levels the playing field, and truly becomes a game where you can buy superiority over players that do not.

However, I’m actually writing this after the launch of Feh Pass, and aside from the fact that I’ll always have this annoying glorified ad trying to get me to pay for a Feh Pass, in order to cash in on some rewards I’ve already fulfilled the requisite tasks for, it hasn’t really been all too intrusive to my every day playing of FEH.  I imagine that will change in time, as Feh Pass subscribers begin amassing more and more subscription exclusive character variants with stat boosts, and then I’ll start running into them in modes like Arena and Aether Raids, but for the time being, it hasn’t affected me yet.

Regardless of the inevitability of things like this, I’m still a little disappointed in FEH for going down this route.  It’s already basically the most lucrative mobile game in Nintendo’s portfolio, so to me this is like them just being greedy on top of being already greedy.  It’s not going to stop me from playing the game, but now I’ve got this automatic instant resentment for Feh Passers, and I’m looking forward to taking down these whales with my Klein+10 and three dancers cheese method.