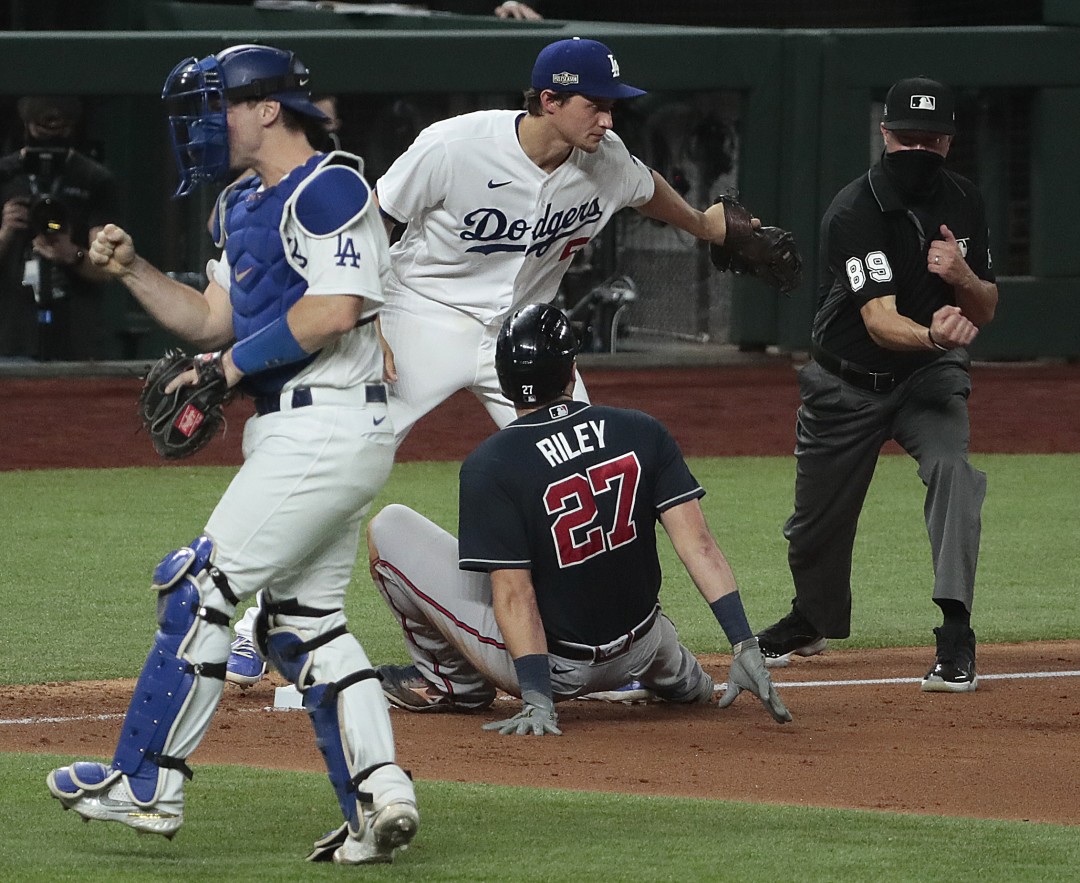 Top 4th, runners on second and third, nobody out.  The Braves had just taken a 3-2 lead on the Dodgers on a single by third baseman Austin Riley, and were in a prime position to bust the game open and put the Dodgers into a precarious hole.  Instead, in only a way that the bumbling Braves are capable of doing, they turn a scenario that has a high probability to score some runs into one where they commit three outs in mere minutes in a game where every single one of the first four innings felt like Star Wars trilogies in themselves, they took that long.

After Austin Riley got tagged out for the second out of a bang-bang botched run down, and then the Braves completed the colossal fuck up by harmlessly grounding out to end the inning, this is where I knew that the game was effectively over.  I’ve watched enough baseball in my life to recognize that when you give away opportunities to score runs that don’t cross the plate, Murphy’s Law dictates that the opposition will definitively, cash them in instead.  What probably should have been a 5-2 or a 4-2 score to end the 4th inning instead remained at a paltry one-run 3-2 score, which the Dodgers would easily grind away and overcome, while the Braves literally went three-and-out in every single inning except one throughout the remainder of the game.

The fuckup on the basepaths undoubtedly sucked all the wind out of the sails of the Braves, ruined all of their swagger and confidence, and most importantly, planted the undefeatable seeds of impending defeat into their minuscule brains.  The remainder of the game after that tragic sequence was all but a formality, and a contest of when, the Dodgers would eventually take the lead.

Frankly, the only reason why I watched the entire game was that I was hoping that the Dodgers would go to Kenley Jansen to close the game since he’s been pretty awful throughout the season and he would be the best chance for the Braves to maybe make some late-inning heroics as they’ve done numerous times throughout the year, but it turned out that the Dodgers didn’t trust Jansen in this critical game, and instead rode the hot hand of Julio Urias instead to close out the game himself.

Naturally, I’m sure anyone of my zero readers can see through the façade I put forth of being the world’s worst baseball fan when it comes to the Braves, and I spare a lot of words and drivel bemoaning them and deriding them, as if I had the mutant power to tempt fate to prove me wrong with writing, but in reality, there’s nothing more I would’ve wanted than to see the Braves actually not fuck up for a change, defeat the Dodgers and actually go to the World Series against the Tampa Bay Rays of all teams.