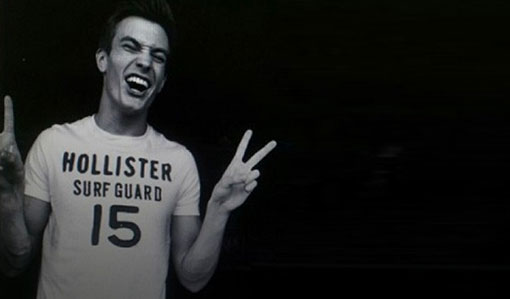 I mean, there’s really not much to add to the headline.  A Tennessee man is arrested for stealing an alleged $65,000 worth of clothing from Hollister and American Eagle.

Clearly, the mall in which he was victimizing must not have had an Abercrombie & Fitch, otherwise it’s safe to assume they would have been pilfered from too.

Sometimes, stories just kind of write themselves, and when I see a headline about how Hollister and American Eagle are the companies being burgled, my first thought was “white people clothiers” and how the perpetrator must undoubtedly be a white guy.  Seriously though, it probably wasn’t the best idea to be stealing from global brands like these, because regardless of race, these are companies that live and die by numbers, and $65,000 worth of merch is undoubtedly going to be noticed and it would only be a matter of time in which action would be taken.  Trent McWhiterton III clearly dipped into the well a little too many times and to no surprise, was eventually caught.

The funny thing to me was his general racket of stealing brand new goods, and then selling them to consignment shops.  Undoubtedly, Plato’s Closet was probably only to give him 25% of the value, at consignment rates, so in spite of the fact that he stole like $65k* worth of clothing, he probably made like $10k in sales.  Honestly, if this bro weren’t so lazy, he probably could’ve made vastly more money through eBay, and probably been way safer, since apparently it was Plato’s people who helped tip off the fuzz.

*let’s also not forget that $65k worth of Hollister and American Eagle is probably like $6,500 in materials and Cambodian slave labor to manufacture

What’s also entertaining to me is that I just happened to chance across this story, because like many Americans right now, I’m fixated to election news, and for whatever reason, this story happened to be the first thing listed in related articles.  I guess there is though, a modicum of relation considering just how white and criminal the election process kind of is, that a story about a white guy stealing from white people clothiers can be somewhat related.

Whatever though, white people getting busted for stealing from white companies, and where ultimately everyone comes out a loser, that’s all water off my back.  It’s something whimsical for me to write about while I await hopefully good news to come out of this shit show, because I’m tired of feeling like I’m held hostage by the country with everyone else, who just wants to know who’ll be our dear leader for the future.