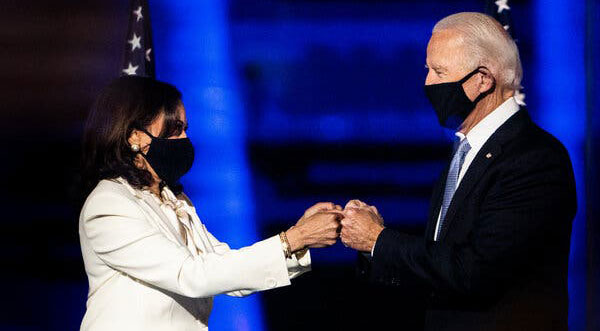 Over the span of the last week, as I’m sure it’s been for large swaths of American citizens, it’s been an absolute roller coaster of events, emotions and life in general.  I think it’s safe to say that the 2020 presidential election was possibly the most high-stakes, emotional and draining election that there’s been in generations, and it’s probably taken its toll on the millions of Americans who cared about what the end results were.  It certainly has done all of that and then some to my household, and I for one am tremendously relieved that it’s over, and the end result was the one we were hoping for.

But there were still a ton of things that swirled through my mind throughout the week of the election and the long, dragged out process that transpired in order for it to reach its conclusion, and because I don’t really want to make a bunch of posts about it or politics in general, as I’ve made way more political posts over the last few years than I thought I ever would, I’m going to do my best to consolidate it to a singular post and hopefully be done with it, and try and get back to writing about anything else, but probably falling back on the topics of how chaotic my life is as a first-time father and talking about poopy diapers.

As election day came and went, I remember feeling like there was a massively important sports game where I had a tremendous amount of vested interest in – meaning I didn’t want to know what was going on as it was going on, since I always feel like solely me and my participation in watching it will entirely sway the result into precisely what I did not want to see happen.  That being said, as the afternoon rolled into the evening, polling stations closed down, votes began officially being tabulated and counted, and news outlets all turned into gigantic tickers with silhouettes of the states of the United States turning red or blue but mostly red, much to my disgust.

There were many states that it was no surprise to see go red, and the real game was in all of the states that were known battleground states, as well as the few states in which always are the ones that sway most of the elections in the past, like Florida, Pennsylvania, Ohio and Michigan.  And because all of flyover America have fewer electoral votes, it’s always disheartening all the same to see the vast majority of the land of the United States glowing red from the onset, and it always creates that feeling of blue team always feeling like they’re playing from behind, and as sports fans, how much it sucks to always feel like you’re playing from behind.

My wife and I both went to bed feeling disgusted with the state of the country, that in spite of the tyranny endured throughout the last four years, all the bullshit, all the abrasion, all the racism, all the flagrant contrarianism, all the lies, deceit and just plain shitty leadership, the baked potato was still putting up a legitimate challenge to the presidency.  I mean, this was absolutely no surprise at all to me, and I’d warned anyone who would be willing to listen that this was going to be the case, and to expect this, but it was still disheartening to actually see it come to fruition, because in spite of my predictions, I always hoped that this would’ve been like a 2008 election where the victor was determined and announced by 10 pm.

But then the following day, America witnessed as Joe Biden’s electoral vote lead continued to grow, while the baked potato’s EV count remained static.  Maps of the US showed the states that had yet to be called showing surprising splits, and fewer more surprising than North Carolina and Georgia, two notoriously historically always-red states that were wavering.  Wisconsin and Michigan slowly tipped over into favoring Biden and were eventually declared wins for team blue.  Meanwhile, Pennsylvania was decidedly in favor of the baked potato, but the tremendous amounts of mail-in ballots that had yet to be tabulated, were speculated to probably be mostly in favor of Biden, and if and when they were all counted, a blue victory was to be expected.