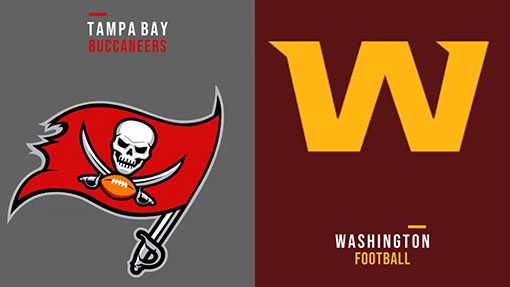 Every few years, something stupid occurs in the NFL that inspires me to write about it, and use the phrase NFLOL as if it were the most clever thing in the world and I was the first person in history to come up with the play-on-acronym.  Otherwise I think the NFL is a pretty deplorable league full of hypocrites, racists and terrible businessmen, and I think professional football itself is pretty horrible, but the sports fan in me is always intrigued when there’s some sort of embarrassing occurrence.

Case in point, the Washington Redskins Football Team wins the NFC East, and advances into the playoffs as the #4 seed.  The thing is, Football Team finished the regular season with an abysmal 7-9 record, and wins the division by virtue of every team was collectively historically putrid.  While Football Team’s season solders on into the playoffs, the 10-6 Miami Dolphins are going to be sitting home next week because of the archaic way playoff seeds are determined.  Even the Arizona Cardinals and Oakland Las Vegas Raiders both are out of the picture despite having slightly better 8-8 records.

The best part about Football Team’s “success” is that by virtue of winning their division, regardless of their record, they are entitled to host a game against one of the “2nd place” wild card teams, and in the case of Football Team, their wild card opponent is the Tampa Bay Buccaneers.  It should be noted that the Buccaneers finished the regular season with an 11-5 record, which by any measures is a very good record, but the Saints just so happen to have one more win and one fewer loss to take the NFC South.

So we have the “underdog” 11-5 Buccaneers going to Washington to play against the “home field advantage” 7-9 Football Team, in what will be an undoubtedly disgusting game in one way shape or form.

And frankly, I’m kind of torn on who I’d rather see win.  Obviously, my allegiances first and foremost go towards the team formerly known as the Redskins I grew up having as the closest thing to a hometown team in my life, and fewer things would be more ironically enjoyable than a team with a maligned identity and an interim name, running the table and winning the Superb Owl, so that the annals of history could recognize “Football Team” as champions.

But in the other hand, there’s really no way that Football Team should have any chance in hell because they more or less sucked and exist where they are solely because their division mates just so happened to suck even more, while the Buccaneers are actually a good team, led by football Jesus Christ himself, Tom-period-Brady-period.

As I’ve stated many times in the past, I have no beef with Tom Brady in spite of popular opinion loving to shit on him every chance possible.  In fact, I respect his winning history, and the fan in me would enjoy watching him succeed for the Buccaneers, just to spite all the naysayers and doubters who put his career on a cross and left it for dead when he left New EnglandGenerally, I fucking hate the Buccaneers, but considering I kind of hate the NFL in general these days, I wouldn’t mind seeing them succeed, just because they’re being helmed by the guy the world loves to hate, and I’d love to see Brady be able to give the metaphorical middle fingers to everyone, even if it meant the Bucs succeeding.

Regardless though, I don’t really fucking care.  It’s just hilarious to me that we’re in this scenario of a shit team getting a home game because of the playoff seeding rules, and an 11-5 team having to run the table entirely on the road if they want to have any chance at glory.  This actually happened a while back, when the 8-8 Cardinals got to host the 12-4 Falcons because they won their division, and not only did they upend the oft-choking Flacons, they went all the way to the Superb Owl and just narrowly lost to the fucking Steelers.

I doubt that Football Team will fare so well, but wouldn’t it be great if they did?

Originally written on December 24, 2020 (I wanted to start the new year with a positive-to-me post)

First, I decided to create a new medal bar that would one, go all the way across the entire room, and two, actually be made of metal.  Not because it would be metal to make it out of metal, but the fact that a large number of medals accumulates weight very quickly, and I simply needed something strong and sturdy to be able to withstand a gradual increase of weight over time because I have no intention of ever stopping running and collecting medals.

So I basically made a new bar out of actual iron pipes and flanges, mounted to the studs, and measures in at 128” long, which basically accomplishes my goal of going across the entire room.  There is now plenty of room for expansion, and I don’t have to fear that they will eventually bend, sag and break, because it is not a weak curtain rod but is made of actual iron.

And then we have my pride and joy, my wrestling blet collection, which simply needed more space in order to display them all.  So I decided to swap walls between the blets and my giant Jinx graphic, because I needed to have one entire wall in order to accommodate all my blets, and Jinx could comfortably go on wall vacated by all the blets.

I simply had to procure more wood to mount more belts onto and do a good bit of patching and repainting to all the walls prior, but in the end, I was able to comfortably get all 18 of my blets up on the wall, and I couldn’t be happier with the way it all turned out.

But the whole point of this post ultimately was the fact that (almost) every blet has a story or an inspiration behind it, and really for nobody’s edification except my own because I can’t really imagine anyone other than me actually caring, I decided to share all of them, because I have 18 fucking blets so that’s a lot of stories or inspirations to relay.