It’s election night in Georgia, and as fate would have it, the fate of the United States Senate rests on the results of what happens here, as the two Senate seats that will either solidify the Republicans’ control, or wrest power away from that gross old shithead that always looks like he’s shit his pants, Mitch McConnell, as the tie-breaker would permanently be held by vice president Kamala Harris.

But on a more base level, a level that is more relatable and understandable by all people, whether they’re American or not, tonight’s election is basically going to determine whether Americans would be eligible to getting $2,000 of coronavirus stimulus relief (Democratic win), or if the status quo of old white men denying all in order to deny black people and other minorities from getting any sort of financial relief (Republican).

Who really knows what’s going to happen.  When the polls closed, blue shot out to the lead from early precincts reporting, but with over 2,000 in the state, such points would be meaningless as all the racist hicks and rednecks who vote auto-red are tabulated in, and at the time I’m writing this, both Warnock and Ossoff’s leads have been slashed heavily, and we’re sitting on the tightrope margin that pundits originally predicted.  It’s anyone’s game at this point, and my only hope really is that more Georgians want a shot at $2,000 a head, to where blue remains in striking distance when all the precincts are called, and that the mail-in ballots that won the presidential election in November, can do the same thing over the next week or two as they’re counted last.

The thing is, red is still in the driver’s seat, as blue has to go 2/2 with victories for both Raphael Warnock and Jon Ossoff, while red only needs just one of Kelly Loeffler or David Purdue to win in order for the Senate to maintain their majority.  But I was pessimistically fatalistic about the presidential election and was pleasantly relieved, and like most Americans who would like the chance at $2,000 smackeroos, I’d much rather see blue prevail over two money-laundering mannequins.

Regardless, election night isn’t what prompted tonight’s brog drivel, but it is worth mentioning, because basically the fate of America really does fall into the prickly hands of Georgians.

What did prompt me to start writing tonight was this particularly amusing article about how jobber former-president baked potato has decided that idiot Georgia bubba governor Yosemite Sam, cost him the election, and has vowed to campaign against him come 2022, when he would be up for re-election.

END_OF_DOCUMENT_TOKEN_TO_BE_REPLACED 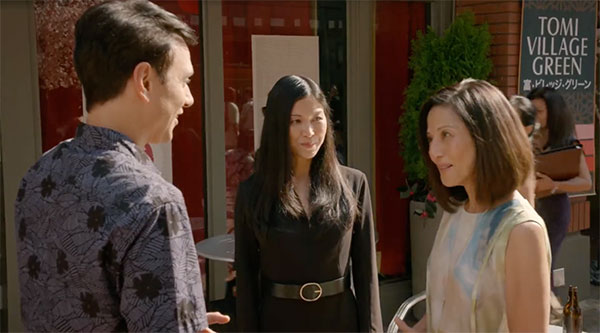 [Full disclosure]: I make no promises that I will not write things that can be construed as spoilers.  Read at your own risk, if you think Cobra Kai is as so bad it’s great as I do.

Despite the fact that I think I’ve established that I have very little free time to myself on a very regular basis, I still made it a point to churn through Cobra Kai season 3, fairly pretty quickly as soon as it dropped.  It’s very fortuitous that the episodes are all barely 22-30 minutes, so they breeze by quickly, and it’s very easy to binge watch and complete without that much commitment, and of course, the show is so fucking terrible that I can’t help but think it’s great.

That kind of description doesn’t really help to determine on whether I like it or not, but when the day is over, I’ve seen every single episode of the show, and I have no real regrets in watching.  I’ve also written and analyzed the show numerous times on the brog, back when I was still acting like it was beneath me and I was doing the show a tremendous favor by writing about it.

Anyway, S3 – shotgunned it, and finished it in two days, over one evening and two baby naps.