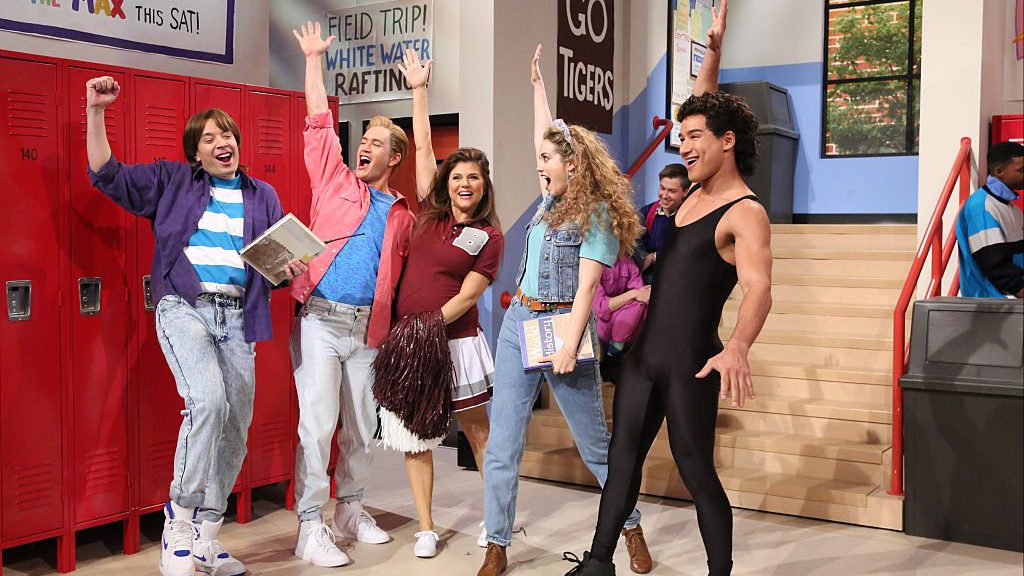 Not necessarily the dying at age 44 part, but most definitely the part where everyone* on the old Saved by the Bell cast is probably left feeling like a bunch of assholes.  Regardless, it was unfortunate, and sad to hear that Dustin Diamond AKA Screech from Saved by the Bell, passes away from lung cancer, despite the fact that he alleged to never have been a smoker at all.

*except Mario Lopez, who seems to have been the only member of the old cast to ever have reached out to Diamond to make amends prior to his passing

I’ve made no secret that I loved Saved by the Bell.  It was definitely one of the shows of my childhood, and I can to this day, with great clarity, make SbtB references and analogies to even the most obscure episodes.  There’s nary a week where I don’t make at least one Jessie Spano on caffeine pills SO EXCITED reference, and the general cast are almost biblical characters in how often they can be compared to, when describing other human beings.

That being said, it’s also been no secret that since the heydays of Bayside’s finest, the alumni of the show have not been particularly nice to Screech since everyone went their separate ways.  The popular narrative, as told mostly by Screech himself, is that among the cast and the crew, he was the youngest of them all, and was therefore systematically alienated and left out of the cool kids’ club throughout their time on the show as well as all traces afterward.

Dustin Diamond clearly held sour grapes to his Bayside brethren throughout the years, and unfortunately that kind of vitriol seemed to poison everything about his post SbtB career; whereas Zack maintained an acting career even to this day, Kelly went onto 90210, Slater went onto be the male morning talk personality, Jessie did Showgirls and even Mr. Belding parlayed his career into all sort of personal appearances and cameos, it’s hard to really say what Screech did afterward.

For the most part, the rest of the SbtB crew no-sold the shit out of Screech’s attempts to deride them, which in itself is sad on all parts; it was clear that Screech just wanted to be a part of the gang, a lifelong member of Zack Attack, but was going about it in the worst possible manner; and as a result of the antagonization, the rest of the crew gleefully went about their lives, continuing to shun and deny Screech from anything and everything potentially related to any sort of SbtB reunions.

With the coup de grace being a legendary skit on Jimmy Fallon, where pretty much the entire crew, minus Screech (and Lisa, who more or less got into drugs and religion at different points and mostly dropped off the face of the planet, but didn’t seem to hold ill will or have any real desire to stay in Zack Attack), where everyone reprised their old roles and acted out a skit with Jimmy Fallon basically being the nerdy dork who needed Zack and Co to help a brother out.