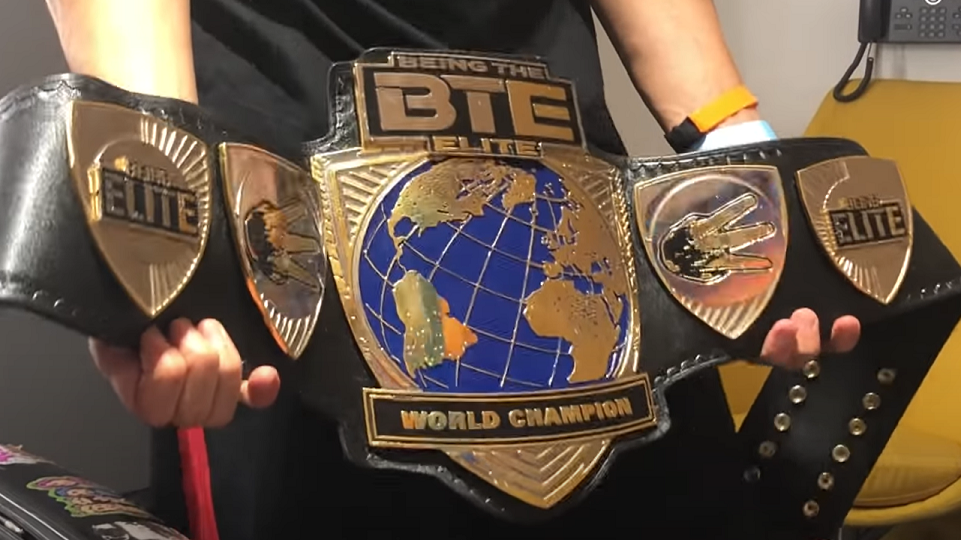 It’s funny: despite Cody Rhodes’ insistence that he doesn’t believe in mid-card titles, he sure helps run a fed that seems to be utilizing a whole lot of mid-card titles.  Like most wrestling federations, AEW has a world champion, tag team champions, as well as a women’s champion.

But in addition to the trademark blets, AEW also has a TNT championship which I’m still not entirely sure of the logic behind it but is somehow more regarded to than the world championship.  Despite the fact that it doesn’t really count for anything, Brian Cage is running around wearing Taz’s old FTW championship blet from ECW, and despite the fact that they keep saying it’s not recognized by AEW, everyone knows it’s only a matter of time before it’s going to trade hands and suddenly become a thing.  Because Billy Corgan sucks and has basically killed the NWA, Serena Deeb is representing and defending the NWA women’s championship on AEW, and by virtue of regularly appearing and performing, has surpassed their own women’s championship, much like the TNT blet.

More recently, because AEW has interestingly enough opened the doors to collaborations with other feds, TNA Impact’s tag team champions, Karl Anderson and Luke Gallows have been usurping screen time on AEW programming to promote Impact shows.  And even more recently, KENTA from New Japan Pro Wrestling has shown up to advance his feud with Jon Moxley over the IWGP United States Championship, which has yet to physically show up on AEW, but has been referenced as the justification for KENTA’s run-in.

And although it’s not a blet, let’s not forget the AEW Dynamite Diamond ring that is a low-key title, twice held by MJF, and has won by virtue of a battle royale, that everyone is desperate to win.

Oh yeah, Kenny Omega is also Mexico’s AAA champion, and has brought that belt onto Dynamite, to antagonize Rey Fenix, the man he defeated to win it.

So, for those keeping count, outside of the traditional standard championships in AEW, there are seven titles-not-midcard-titles floating around in the AEW atmosphere right now.

For those who like to criticize the WWE universe for having too many blets, at least there are some fairly defined lines and separation between the jurisdictions of them, and six different weekly shows in which they are circulating between, and not one weekly show, and one YouTube show.

But speaking of YouTube, add one more blet to the mix of AEW-related championships, because of course there had to have been a BTE World Championship blet added into existence, because nothing is more epitomizing of the importance of BTE than giving it its own championship belt.