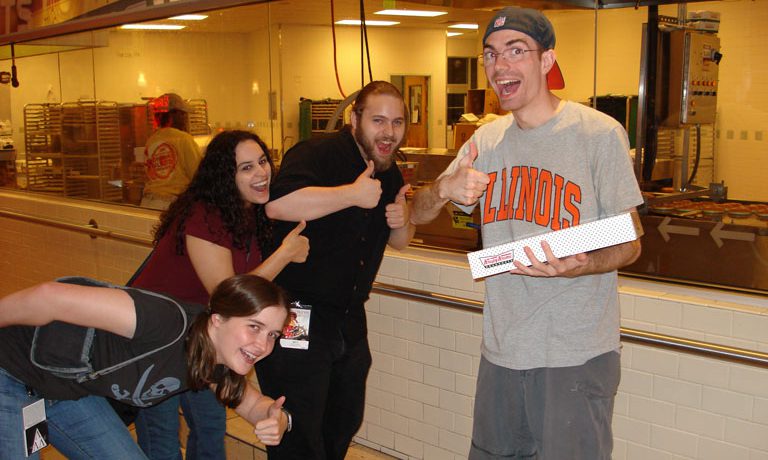 Pretty sure this wouldn’t be news if it weren’t tied to Shaquille O’Neal: Atlanta Krispy Kreme owned by Shaq basically burned down

Not entirely sure how I feel reading this.  The fact that I’m writing about it speaks to the fact that it clearly triggered some sort of response in my brain.  I maintain the fact that this wouldn’t have made national news if there were no ties to Shaq, but it is somewhat of a deal for those Atlantans who all hate change, are attached to their city’s things, and come out in droves when something they haven’t thought about in years changes or is harmed.

Frankly, moving out to the burbs and being at peace with the fact that I don’t really miss the city at all, and I’ve long passed the days of where I used to feel like I should have some finger or limb still associated to something in the city, so I could feel like I could always have a stake in all-things City of Atlanta.  And unlike the people who probably never went there because doughnuts are inherently bad for your health, but are pretending like they care about this Krispy Kreme getting severely damaged, I do have many memories of this particular place.

Ponce de Leon Ave. is one of the major thoroughfares in the actual City of Atlanta, and just about everything on it people tend to get attached to, like Murder Kroger, Paris on Ponce, the Plaza Theatre and the Majestic, the old Kodak building, among other things.  The Fellini’s on Ponce was a place where I’ve had lots of meals with friends and in the very rarest of times a few dates.  The Plaza Theatre was one of the go-places to watch indy flicks, and although I never was interested, where Rocky Horror allegedly took place.

But the Krispy Kreme on Ponce, this was the place to get late night donuts after a Braves game, get donuts after eating at somewhere like Cameli’s or Willy’s, or in more than one instance, an excuse to duck out of traffic and circumvent a red light by cutting onto North, but then actually stopping for two donuts and coffee instead and then passing through.

And like in the photo above, when friends would come in for past Dragon*Cons, and actually wanted to leave the con-space and see shit outside of the then-three hotels, where we’d go to stop and get donuts spontaneously, because we saw the red hot-and-ready light on.

The reality is that I’m sad that a place of business is going to be put on indefinite hiatus until it comes back, and make no mistake, it will come back because Shaq is rich as fuck and is real business smart, and not likely to let his investment of a Krispy Kreme on prime central real estate go to pot.  But I’m not really that sad that this happened, because like me, there are lots of people reminiscing about a simple doughnut shop and thinking about happier memories, and I know that when this place comes back, it’ll ultimately be business as usual, but for at least a week or so, I’m sure they’ll have a blowout of a return which will once again put this place in the news and most likely be an appearance by Shaq, and Shaq is always amusing to me.