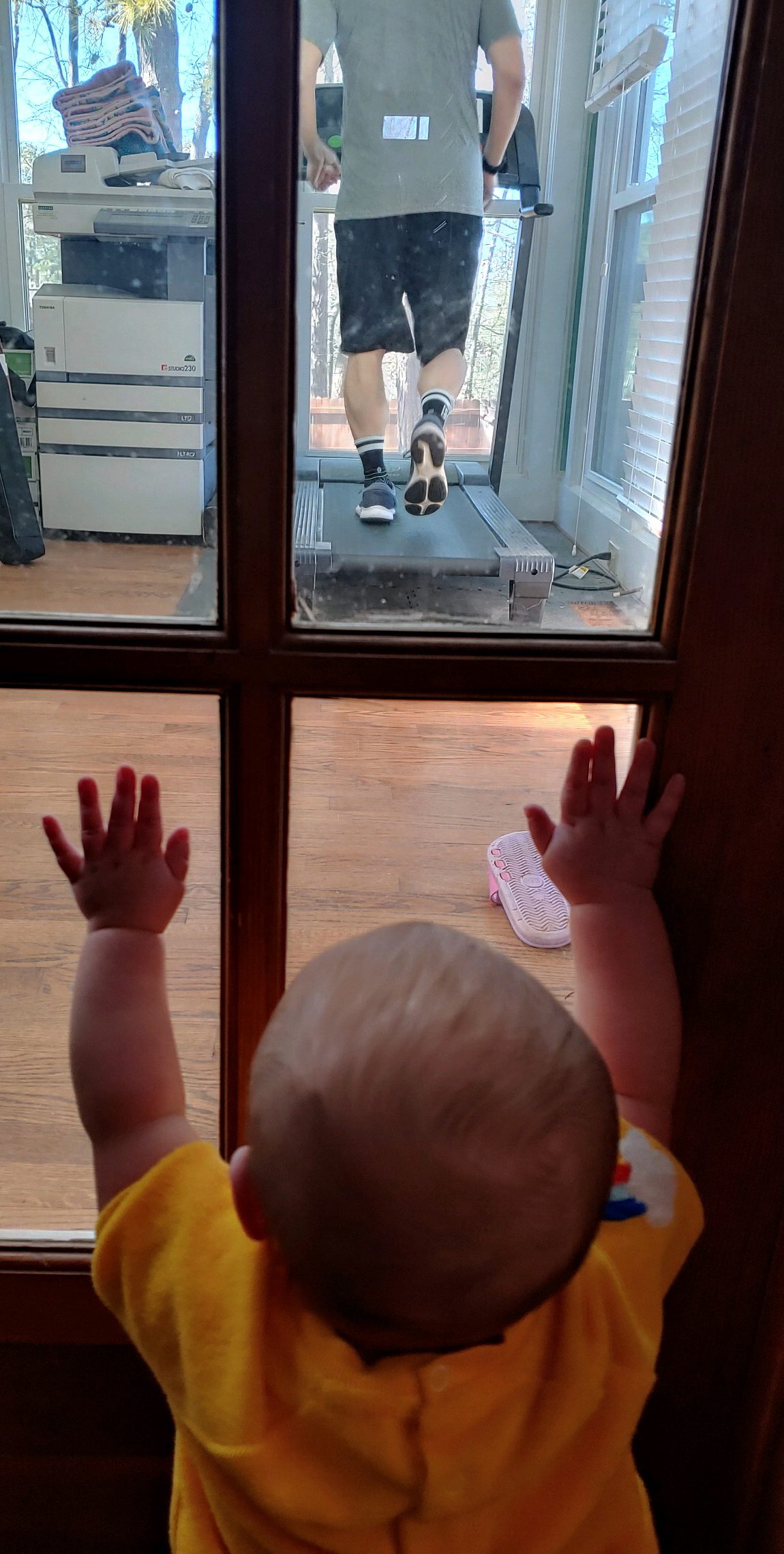 My treadmill died this weekend.  I feel like I’ve lost a limb.

Ever since the start of the coronavirus pandemic really began, one of the first things to obviously go, was, the gym.  Something that I’d been consistently doing for literally ten straight years, and if I were factoring in the sporadic working out I did intermittently while I was freelance, butted up against the time before that when I was working and had a gym membership, then probably 15 straight years.

It was not an easy pill to swallow, but it was made easier by the fact that it also coincided with the birth of my daughter, so frankly I was too busy to even consider working out in the first place anyway.  But once things starting settling down (for the time being), I began to notice that my shirts were starting to feel a little loose in the arms, and tight in the stomach.  Obviously my body was beginning to revert back to a lesser state because I wasn’t exercising at all, and most definitely not aided by the sleep schedule of a new father.

Eventually, I reached a point where I couldn’t take it anymore, so I dusted off the treadmill that my mother-in-law bequeathed to us, and began running on it.  I remember the first time I really did a lengthy jog on it, I did probably about 40 minutes at a light pace, and I felt absolutely incredible afterward.  I was soaking in sweat but my body felt alive again, and I most definitely felt elation at the endorphins that were popping anew in my system for the first time in a long time.

Needless to say, running, and running on the treadmill has been the only real substantial exercise I’ve been doing since like, April of last year, and it’s been the only real saving grace to my rapidly shrinking and deteriorating physical state, since I haven’t lifted weights in quite literally, almost an entire year.

My angst and rage at the legions of ignorant fucks who couldn’t be bothered to wear masks and eradicate all this bullshit in just a month and that ‘Murica is still in this fucking predicament to where I still can’t work out, knows no end.

Anyway, I eventually settled into a pretty good every-other-day running routine, and I always feel pretty good after running, because as I’ve always stated as one of my personal exercise mantras, is that time is never wasted when exercising.

But a few days ago, I noticed that my treadmill was starting to make a really loud sound.  Typically I wear my AirPods and am often times watching shit on the WWE Network, so I can’t really hear the ambient noise of the treadmill, but when I was winding down, it was noticeably loud.  I chalked it up as an anomaly, and hoped it would be gone the next time I ran.

It wasn’t.  I popped open the mechanical panel, to see if there was anything obvious about why it was making such noise.  Nothing seemed amiss, and I ran it on a low setting, with the panel open to see if there was any loose parts.  If anything at all, it sounded like body noise that was causing things, which I guess with the aging, vibrating, and the fact that I probably run with an elephant’s stride, shit had jarred around throughout its age.

I closed up the panel and decided to just run anyway, and brace occasionally on the console, to see if I could settle the noise down.  It seemed to be okay at first; but then three minutes into my run, everything just kind of clunked to a stop, and I’m surprised I didn’t hurt myself in the process being brought down from 6.5 mph to 0.

I got off the treadmill and watched it abruptly reset and made a noise, reset and make a noise.  Obviously, something was wrong with it, so I pulled the plug.

As far as I can tell, the treadmill was dead.  I haven’t ran since.

Obviously, I’m at a crossroads where I definitely want a new treadmill to replace the dead one, but I’m not sure if I want a fairly inexpensive direct replacement of what just died, which would probably run me around 300-400, but mythical wife is really suggesting that we spring for something way nicer.  But at the same time, I want to believe that maybe 2021 will be a year in which with vaccinations, I might be able to return to a gym, to which in those instances, my running at home will definitely reduce dramatically as I would be working out at gyms again, to which why would I want to have an expensive treadmill collecting dust?

I don’t know, really.  For the time being, I’m going to have to resort to running outdoors again, but I’m at the mercy of the elements, and the fact that there are still occasionally fucks without masks out there, and I definitely don’t want to catch their coronaHIV while I’m just trying to exercise.

But I’m super sad that my treadmill died. 😢