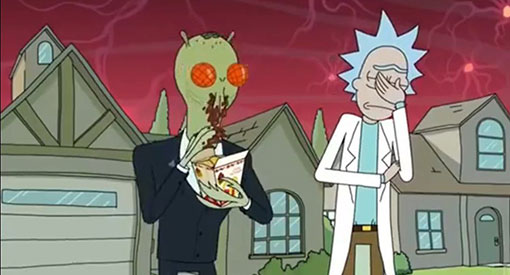 I know it’s a rhetorical question, and when the day is over, giving is giving, and in lots of cases, the end objective is still good and true, but I ask it mostly because I question the royal people, that are doing such.

When Rush Limbaugh died, the very first words that formulated in my brain were simply “who cares?” because I thought he was a piece of shit in the first place, so it’s not skin off my back to hear when a piece of shit like him kicks the bucket.  In fact, good riddance, the world doesn’t need such hate spreading cretins in the world in it anyway.  I had really hoped the day he died would be the last day that I would hear his name, but because the internet is always in pursuit of the next great meme, that wouldn’t be happening any time soon.

Some dude on the internet started a movement where, at the time I’m writing this, has surpassed over $1 million dollars raised for Planned Parenthood; in honor of Rush Limbaugh, the piece of shit who had gone on record countless times bemoaning their existence, and going out of his way to be contrarian in every regard to the idea of it.

When the day is over, it’s really fantastic that Planned Parenthood is getting his massive donation, regardless of the ironic, meme of an impetus that served to provide it.  Surely those who actually liked Rush are probably aggravated that their hero’s name is being besmirched in such a manner, but therein lies the objective of a good troll-y meme, to put the haters in a position where they can really do nothing about it.

But one of the first thoughts that came into my mind was that yes, the donations and the end objective are good and true sure, but why did it have to take a joke to get people to open up their wallets and donate in the first place?  Why does generosity have to have a conditional opponent, or detractor?  Why does it require the expense of someone else, in order to get people to want to do a good thing?  Sure, that someone is already dead, but not that it really would have mattered if this happened when he was alive either, but the point is, this is a prime example of people being eager to give out of spite, as opposed to giving out of goodness.

It kind of reminds me of when Rick & Morty caused such a stir about McDonald’s Szechuan sauce, that McD’s actually brought out the sauce in limited releases, and the ensuing response to them were people showing up to McDonald’s across the nation in droves, trying to be the lucky people to actually acquire some.  There were stories of people flipping individual sauce packets for thousands of dollars, and even one story where a guy traded a car for a sauce packet (too lazy to cross-check).

There was a meme that came from that whole movement, where the “joke” was Rick & Morty’s second favorite sauce was universal healthcare, to see if the apathetic flocks that got up in arms to basically force McDonalds to release Szechuan sauce might actually mobilize and try to get this country to make a difference.  Naturally, nothing but a few sad laughs came from it, but the observation was mostly the same vein: why are people so passionate about spiting others or getting worked up over inconsequential things, when there’s clearly strength in numbers and people in large quantities can make a difference, regardless of the motive?

I digress though, because it was a rhetorical question in which I know there is no right or wrong answer, and I’m frankly running out of gas in regard to this topic because of such.  As I stated already, it’s fantastic that Planned Parenthood is getting such monumental support, because it is an organization that I do personally support.  I just personally wish that people were more willing to regularly donate to and support them out of the kindness of their hearts, and not require a joke at some dead shithead’s expense in order for them to open their wallets.