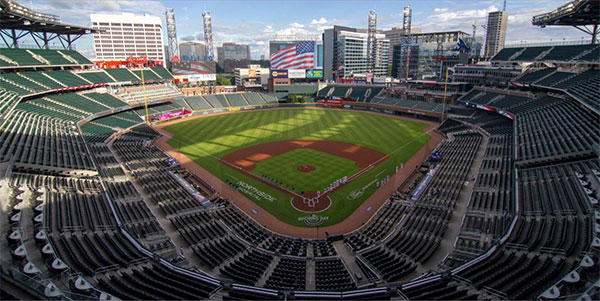 When the topic of Georgia’s recently passed voter suppression laws were fresh, I had plenty of thoughts about it, but no real desire to write about it, because when it comes to politics and racism, it’s a sad and unfortunate feeling of a pointless debate, because it doesn’t matter just how flagrant and blatant it can be, it still inexplicably breezes on through to law and no amount of protesting and action afterward ever can undo it.  That, and the whole I have no time ever thing, to where when I do have a little bit of free time to myself, none of it wants to be spent writing about the futile state of Georgia’s politics.

But the recent news of Major League Baseball plucking the 2021 All-Star Game right out the hands of Cobb County, the Atlanta Braves and ScumTrust Truist Park, as something of a national punishment for being in a state that allowed such flagrant discrimination?  Now that’s some shit right there, that piques my interest and gets some creative writing juices flowing.

In one hand, there’s a sensible portion of me that feels a little bit bad for ultimately, the Atlanta Braves organization, because they’re the ones getting embarrassingly punished for a decision that has next to nothing to do with baseball, and sits on a level way above a glorified kids game.  This is kind of along the lines of businesses threatening to boycott and leave the state because of Jim Crow 2.0, where that might send a message to people that what Georgia politicians did was a bad thing, but it will definitely hurt the livelihoods of hundreds of thousands of people who work for these businesses or rely on these businesses to make livings.

But in the other hand, there’s a sadistic part of me that sees the Atlanta Braves organization-real estate conglomerate is this entity that makes a gozillion dollars every year on a variety of revenue streams, and is ultimately headed up by some circle-jerk of old white people who I have no qualms with seeing take a humiliating slap on the wrist on a national level, and hopefully lose out on some large pies that will instead go to like Chicago or Philadelphia or Los Angeles instead.  Sure, the hundreds of people that would be allowed to actually attend in a pandemic ‘Murica won’t spend their money at local businesses, but MLB’s All-Star break is just a few days in which some projected money won’t be thrown about; it’s a vastly different scenario than say the Georgia film industry, uprooting and leaving, forever, killing thousands of jobs in the process.

When the day is over, I’m glad that Atlanta lost the All-Star game. Aside from being a newer ballpark, and MLB loves to award All-Star games to newer ballparks, the Braves or the city, or this fucking state hasn’t done shit to deserve getting a cash injection that an All-Star game tends to bring, and I’m not going to lose any sleep over the city getting owned, as a result of a crooked choice made by the state.  Because let’s be real here, in spite of their efforts to remain politically ambiguous, most records revealed just how much of the Braves brass leans right, and so they kind of indirectly did this to themselves.

No matter the fact that I support the baseball team and want to see them succeed, I love hearing about when the Braves business organization gets owned. 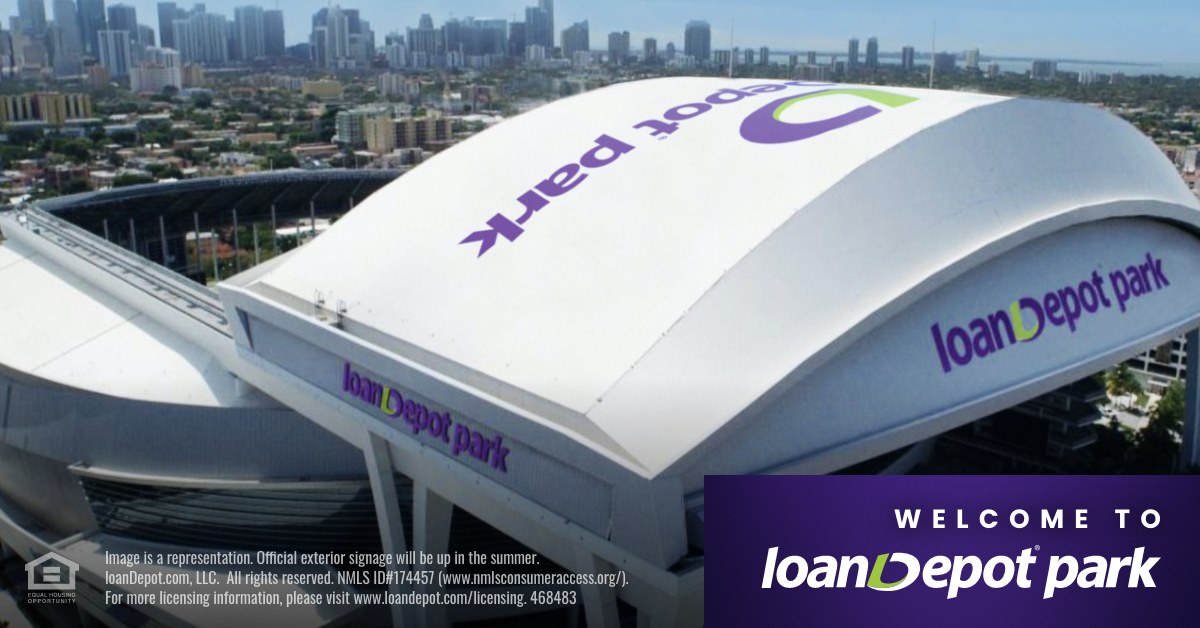 For as hip of a city Miami thinks they are, when the day is over, the pursuit of money tends to run roughshod over everything else, like the naming rights to a fancy, high-tech baseball stadium.  And I’m not entirely sure why, perhaps I just sometimes feel that no other team is capable of making boring, square-like business decisions other than the Braves, but I guess it should be of no surprise that the long-awaited naming rights to Marlins Park have finally been sold, and moving forward, will be loanDepot park, the home of the Miami Marlins.

And because identity is everything, it will be in that precise format, with lowercase L and lowercase P, with an uppercase D in the middle, which is appropriate, because the stiffs that chase the dollars that ultimately go to them are typically dicks to begin with.

Maybe it’s because Derek Jeter is among the ownership group of the Marlins, that I thought that perhaps even they would break from the timeless tradition of chasing dollars, and actually name the park that isn’t something as soulless and boring as loanDepot park, but as stated above, when the day is over, money rules the world, apparently even for a guy like Derek Jeter, who often played every game like it was his last.

Because there’s little reason to believe that whatever hundreds of millions of dollars loanDepot pay the Marlins to be a giant billboard, will actually invested into the team itself, and the baseball organization will continue doing what the Marlins have historically always done, which is rely heavily on their scouting department and development to continuously find diamonds in the rough at an impressive clip to keep the team remotely passable while ownership swims in pools of money like Scrooge McDuck.

Honestly, this is no surprise, but it’s always a little bit sad to me whenever any ballpark or venue sells out to some regional no-name corporate entity that makes them sound lame as shit.  The Braves have a bank and two different regional HVAC companies that own the naming rights to various facilities of theirs, and all across the country, whether they’re sporting venues or event spaces, they’re all just named after boring companies as if the impact of their advertising is anything but residual name recognition.

Long gone will we see another Fenway Park or Veteran Stadium, or venues with names that roll off the tongue, or at least are capable of having interesting nicknames, that help mitigate the lameness of corporate greed.

And after four years, in spite of Yeah Jeets’ acquisition of the Marlins, the culture of the team hasn’t really changed as much as I thought it would, and as a closeted supporter of the team, it is sad to see them just kind of falling into the status quo of obscure lower-middle class teams.