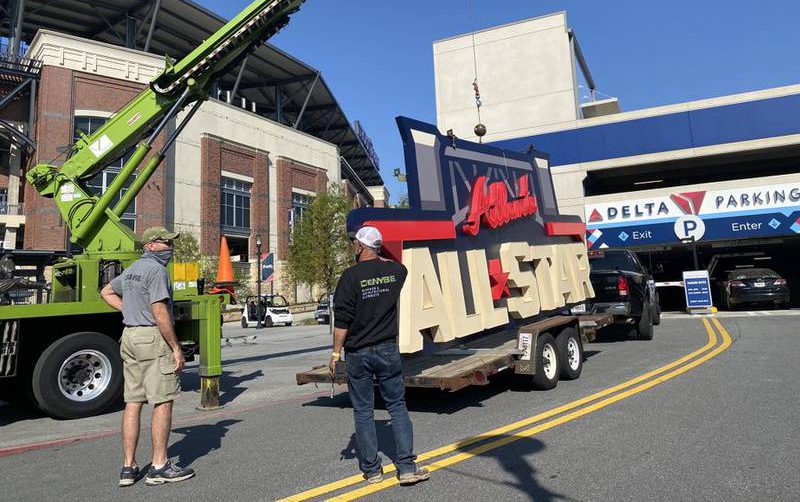 Not much to really say.  As a fan of both baseball and human rights in general, I for one stand in full solidarity with the decision to strip the All-Star Game from Atlanta because of Georgia’s turrible voting rights laws.  I hear it’s going to Denver instead, which will probably be good for baseball, because people like legalized weed, and home runs, both of which exist in abundance in Denver.

But in spite of being for lack of a better term “my team,” I’m taking sadistic amusement of seeing ScumTrust Truist Park being forced to embarrassingly remove all mention of the All-Star Game from the ballpark and probably all around the surrounding Battery.  Probably at the airport too.  Oh fucking well.

This is what leadership like Bubba Kemp looks like – big talk, no action, and getting owned.  Yea c’mon~