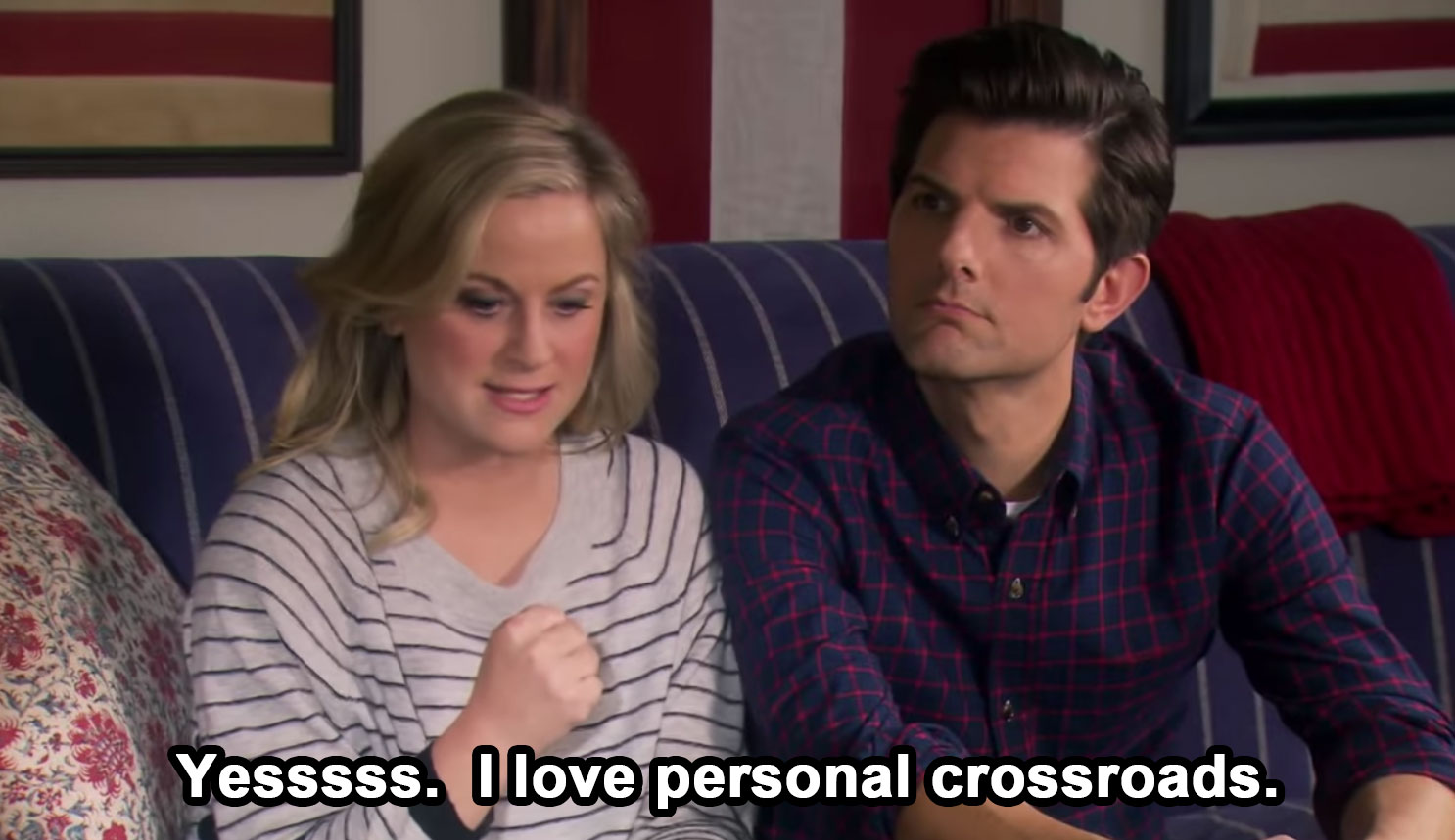 I am somewhat at a professional crossroads currently, and I don’t particularly know how to approach it.  Actually, I do know how to approach it, it’s just unfortunately I’m realizing that so few out there seem to be able to understand much less comprehend the choices that I’m willing to make in order to change my career path, which leads me to wonder if I’m really that unorthodox in my approach, or if the world around me is too inside the box thinking.

In my mind, the most logical thing to do is to try to get in on the ground level of wherever would hire me as in a UX role, and prove my worth and work my way up, and re-build a career in a different discipline.  Frankly, this would be the normal course path of trying to switch to any job outside of what I’ve been doing over the last 20 years, regardless of if it were UX or going into construction or working at a restaurant.

However, there are large camps of people out there whom I speak with that basically make me feel like I’m crazy to be willing to walk away from a managerial position and going into an entry-level position, regardless of the difference in growth potential as well as just career potential in general.  And it’s these conversations that make me feel kind of sad but mostly frustrated and disappointed at the things that I hear, and gives me more reluctance than I should logically feel about the choices that I’m willing to make.

I tell people often that I’ve left a job that paid well and had a great commute, simply because I was miserable at it.  The company hierarchy sucked, and people were playing professional games, and job titles dictated on whether you were right or wrong.  I left the company and went to where I’m currently at, in spite of lower pay and a shitty commute, because I was pursuing sanity and happiness, and I have zero regrets on making that move.

I’m kind of in the same boat all over again, but the difference is that I’m currently in a managerial role, and I’ve been speaking with more people, on account of the delicate circumstances in which I’m working in, and as a result, running into more resistance and questions rather than support and empathy for the simple fact that I’m miserable with my current job, and am wanting to make a change.

When the day is over, I’m going to do whatever I want to do, but my concerns are that the roles and places I apply to in the future, the people that make the hiring decisions, will also be hung up on the narrative that I’m a manager wanting to walk away from management to go into something entry level and then assume some bullshit conclusion and pass on me.

Frankly, I have a hard time understanding what is so hard to comprehend about sometimes needing to go backward in order to move ahead in careers and life in general, and it’s because so many square pegs like this exist in the world that really makes me feel like traversing these professional crossroads is going to be way more difficult than it really should be. 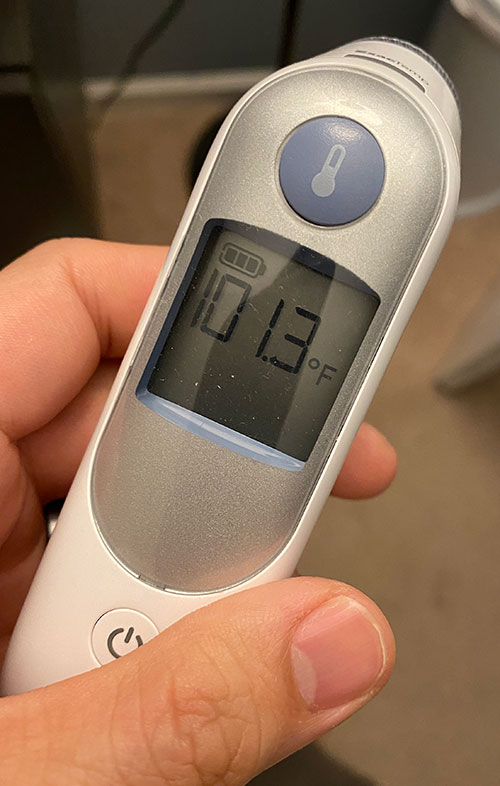 The sun has just barely set, but I’m already in bed, waiting for the Tylenol PM to kick in, so I can hopefully conk myself out to sleep for at least 9-10 hours.  I have spent the entire day with a fever that has ranged anywhere from 99.8F to 101.4F, depending on the work of all the acetaminophen I’ve been taking throughout the day to try and bring it down, because as much as I would’ve loved to have stayed in bed and just ridden out this ailment, I’m also a dad now, and I thought about these commercials from the past and completely understand how dads don’t get sick days, and I still had to make sure my child was taken care of first and foremost.

So despite the nagging fever that’s been wreaking havoc through my body throughout the day and made me feel like I was hit by a bus when I got out of bed at 6:20 am, I still completed a fairly routine day of parenting, although I did call in sick to work, because there was no way on earth I was going to be able to do both on a day like today.  I didn’t do any sit-ups, I didn’t do any push-ups and I most certainly didn’t go for any runs or do anything physical that would have exacerbated the shit feeling I was feeling all throughout the day, although mythical wife and I still made the best of an impromptu day off by going to the exciting land of Costco for random things, but most importantly $1.50 hot dogs and $9 pizza.

The thing is, I’m not sick because I caught coronavirus or anything, quite the opposite.  I’m laid out because of the vaccine, since I just got Moderna.  Frankly, most everyone I know who had gotten Moderna seems to have been laid out just the same in some capacity, and my own mom described pretty much everything I went through, so I kind of had an inkling that I was in for some hurting myself.  And much like a self-fulfilling prophecy, I remember waking up around 5-6 times throughout the night, feeling off, and knowing pretty right away that I was probably going to feel it when I got out of bed, and when it came time to do so, it felt like concrete blocks on my feet when I stood up to start my day.

Regardless though, I am now vaccinated, and it’s kind of surreal to know we’ve finally made it to this point in history, where the long-awaited vaccine that seemed like a myth and fairy tale throughout 2020 is here, and people all across the globe are getting it, hoping to sooner rather than later, put an end to coronavirus.

Here’s the thing though; I’ve had this kind of love-hate feeling with the idea of a vaccine, because as I’ve stated before in the past, as terrible as a thing as coronavirus has been, killing millions throughout the world, there were a couple of critical inadvertent blessings that came out of it, mostly namely the fact that because of it and all the stay-at-home measures, I had a tremendous amount more time to spend with my newborn baby and getting to really be a dad throughout the year.

But with people getting vaccinated, and the pandemic gradually coming under control, that means my time at home will eventually come to an end when I’ll eventually be needed to go back into the office.  Aside from the forfeiture of time spent with my children, this also creates a whole new slew of challenges, like daycare and the financial and logistical matters that creates.  Frankly, I don’t ever want to go back into the office, and my job and team have proven how we can absolutely still get shit done while working from home.

As much as I want to be able to go to restaurants and dine out again, I’d rather forfeit eating out than having to go back into the office.

Another train of thought I’d been having a lot lately is how I’m relieved that the vaccines are here, and I’ve gotten it, but at the same time, I have this negative thought in my head that I don’t like the fact that there are a bunch of selfish assholes out there who are eligible all the same to get vaccinated and therefore reduce their risks of getting coronavirus.

I’m talking about the non-believers, the anti-maskers, and all people who went around throughout 2020 as if there was nothing wrong, and flaunted their defiance of logical standards citing their freedom and rights.  I dislike the fact that there are hundreds of thousands of these shitheads out there that are all eligible and probably will get vaccinated the same as those of the world that adhered to safety standards, followed the rules, and showed a modicum of giving a shit about their fellow human beings.

The vaccine is a reward and a blessing for those people, but for the selfish pricks that didn’t help the world straighten itself out, it’s a fucking bailout.  I know there’s no way to disambiguate, but I really wish it were possible to weed out the people who followed the rules and genuinely want the vaccine, to give it to all of them first, and then let the rest of the degenerates eat themselves over the later rounds of vaccinations.

In one fucked up way, it’s almost as if I wished the pandemic would continue so I would have more time to stay at home with my daughter and my future second, and there’s more time for the anti-maskers to be exposed and potentially get punished for their greedy defiance.  There are so many out there that don’t deserve a vaccine that are eligible for it, and the idea of the world getting back to a semblance of normalcy where all these shitheads can resume blending back in disturbs me.  At least in the middle of a pandemic, it’s become pretty easy to spot the shithead, when they’re out in public with no masks on.

Despite the fact that I’ve gotten vaccinated, I’ll still be wearing masks out, because frankly it’s not the end of the world, and save for the beating I took because of the vaccine, I like the idea that I haven’t gotten sick all throughout the last calendar year, and would like to keep it that way.

Frankly, I don’t think we’ll ever hit a point in the world where masks aren’t ever a good idea, but as long as there are selfish shitheads out there, it’ll never not be up for debate, because we won’t be in a position where unanimous compliance will ever come to fruition.