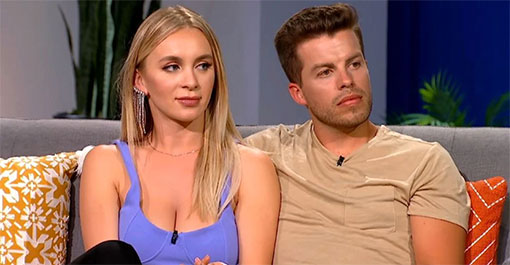 It’s been a while since I wrote about 90 Day Fiancé, but then again it’s also been a while since I’ve actually watched an entire season from start to finish.  It’s not that I haven’t watched almost every season that’s been produced, it’s just that so often times, I fall off the wagon at some point, be it my life being busy, or the episodes aren’t always available on Plex or the TLCgo app when I’m ready to watch, but I haven’t watched a season from start to finish in a while until now.

Including the uncomfortable and cringey Tell All episodes, to which I have decided to spent a little bit of time to write about season 8, because seeing as how I actually watched it all, might as well share some thoughts about yet another successful season of one of the true anchors of TLC.

I think one of the most miraculous things about season 8 is that all across the board, the show actually managed to make ALL of the Americans and their friends and family seem like the assholes among each couple, while the mail-order spouses all somehow seem like the people us viewers end up feeling sympathy for throughout the season.

Usually in seasons past, there’s always one or two mail-order spouses who are clearly in the game for a green card, and/or are insufferable demons who make viewers scream at their screens at why some pathetic American schlub is putting up with it, and that they need to flex their leverage at the fact that they control the citizenship routes.  Like Mohamed or Anfisa, people who come from other countries who are miserable and easy to dislike.

But season 8 actually manages to execute, where all the Americans look like assholes or are the worse of each couple, and I’m left hoping that some of these people actually throw their hands up and go back to their home countries.  I’ll try to break it down by each couple, and maybe power rank by trainwreck-ability or something.