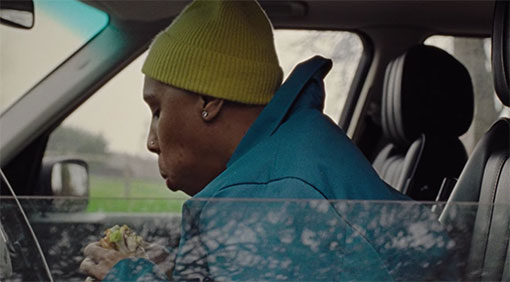 When I saw that Netflix’s Master of None was coming back for a third season, my reaction was like “oh shit, more Master of None,” and a general sense of excitement and anticipation.  I was a fan of the first two seasons and held the show in above average regard, even after the revelation of Aziz Ansari’s unfortunate extracurricular tendencies.  The show had incredible writing, a fantastic wit, and some beautiful cinematography, and by the way the second season ended, I could only imagine just how the show was going to progress in season 3.

So, having watched season 3 now, instead of a feeling of satisfaction, I’m just left scratching my head and feeling conflicted on just how I really feel having watched it.  The writing was still outstanding, and the plot and how the season unfolds definitely has some really heavy-handed scenarios that really elicits some strong emotional reactions, and the cinematography continues to showcase a lot of visually compelling scene shots and landscapes.

But my overall feeling with the season as a whole is that the plot was stretched out over five episodes with maybe one episode’s worth of actual plot.  And instead of even artificially injecting a lot of fluff and filler plot and dialogue, the show burns an inordinate amount of time on random shots of landscapes, nature, or characters doing mundane things.  Seriously, episode 2 has about a two-minute stretch where it’s just Lena Waithe’s character, Denise, sitting in her car eating a hamburger while listening to the radio.  There’s another two-minute sequence in episode four where Naomi Ackie’s character, Alicia, is sitting in a laundromat, looking bored as shit while Latin rap is blasting, and when the scenes changes, I’m scrunching my brow wondering what the whole point of some of these scenes even were.

It doesn’t take long to realize that the season is a far departure from the core story that was established in season 2, and Aziz Ansari himself is hardly in the show he created, having perhaps a total of maybe 15 total minutes on screen combined throughout the five-episode season.  However, that’s more than enough time for them to establish that the plot that unfolded throughout season 2 was flushed completely down the toilet, which has some quite unpleasant implications if you think about it, which as a fan, deflates my general anticipation of knowing what might have happened.

Frankly, when the day is over, this entire season felt like something of a story that Lena Waithe wanted to tell, but in order to most effectively get it off the ground and have it backed by Netflix, was to shoehorn the Master of None name into it, and modify the story to where the characters are ones established in the series.  I feel like the show might have been a little bit more successful if it were not associated to Master of None and were just some heart-tugging mini-series independently named, starring Lena Waithe and Naomi Ackie; but because they called it Master of None, it just leads to kind of this confusing and puzzling season that put way too much focus on cinematography and dragged a 35-minute storyline throughout nearly three hours.

And by doing so, the show’s title becomes accurate, because it was neither a master of storytelling nor was it a master of music or cinematography, and if that was the goal then mission accomplished, I guess?